Kashmir Solidarity Day was observed on 5th February wherein people of Pakistan express solidarity with the people of Jammu and Kashmir in their struggle for right of self-determination. To express solidarity, National Assembly of Pakistan passed a unanimous resolution reiterating Pakistan’s political, diplomatic and moral support for Kashmiri people. Rallies were staged in different cities and human chains were formed at points that connect Azad Kashmir to Pakistan.

Kashmir is the core issue between India and Pakistan and has been the direct or indirect cause of crises and wars between the two states. Both states have employed bilateral as well as multilateral approach to resolve the conflict. Bilateral dialogue as a conflict resolution tool usually works successfully between equally powerful states. In circumstances where one state is smaller and relatively less powerful it becomes unable to make the more powerful state to comply with the terms of agreement and it applies to India and Pakistan as well. India does not respect the bilateral agreements when it comes to Pakistan.

As far multilateral approach is concerned, India approached the United Nations Security Council on January 1, 1948 and took the Kashmir issue to the UN.  Kashmir is the oldest issue on the agenda of United Nations Security Council. It had passed a number of resolutions regarding the holding of plebiscite in Kashmir but India’s non-compliance with UN resolutions has not triggered any forceful action from the world body as well. One of the reasons for this inaction may be that resolutions on Kashmir were passed under chapter six of the UN Charter that does not have any mandatory enforceability as opposed to the resolutions passed under chapter seven of the Charter.

A part from a case of self-determination, Kashmir issue could have been addressed on the pretext of grave human rights violations as humanitarian crisis in former Yugoslavia and Africa got world attention during 1990s. Since then, the principle of humanitarian intervention that later on redefined as ‘Responsibility to Protect’ has been used selectively in various states. The principle was applied to those states that had geo-strategic importance for big powers while human rights violations in many other states go unnoticed. Kashmir is the real example of indifference of world powers towards human rights violations.

Another related aspect for significance of Kashmir is its centrality to regional peace and stability. After the nuclearization of South Asia in 1998, India and Pakistan have fought a limited war under nuclear umbrella at Kargil in 1999. Limited wars have potential to escalate and endanger peace and security. It is one of the objectives of UN to preserve international peace and security but unfortunately Kashmir has not been given due consideration in this context as well.

Though during the Cold War years Kashmir got prominence due to extension of super power rivalry to South Asia and Pakistan’s being part of Western alliance system, American policy makers did try to advance a solution of Kashmir to bring peace to South Asia but as Bruce Riedel, advisor to former US Presidents, has noted in his recent book Avoiding Armageddon that American diplomats learnt from years of failure that “Kashmir was too difficult to deal with and therefore best ignored.” Likewise Soviet Union also mediated the Tashkent Agreement after 1965 war between India and Pakistan but with the end of the Cold War Kashmir fell off the agenda of major powers and became a forgotten conflict. Though President Bush and successive President Obama recognized the centrality of Kashmir in India-Pakistan conflict yet they could not play any significant role except forcing the two states to start the dialogue process.

The sufferings of Kashmiris continue unabated and the most pressing questions about the future of Kashmir are yet to be addressed. How far the Kashmiris’ struggle for their right of self-determination will go unnoticed by the United Nations? And how far human rights violations in Kashmir will be ignored?

India’s desire to play greater role in regional affairs, economic interdependence, India-Pakistan rapprochement, regional stability, viability of SAARC, all depends on the resolution of Kashmir. Indian evasion to discuss Kashmir has been delaying the resolution and creating uncertainty about future working mechanism. Kashmir is part of the unfinished agenda of the partition of Indian subcontinent and its resolution is the key to regional peace and stability.

The article was carried by Daily Times on February 7, 2014. The views expresed in the article belongs to the author and do not reflect the policy of the institute. 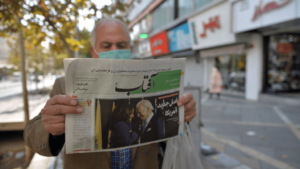