Since coming into power, Pakistan’s new government is pursing the objective of peaceful neighbourhood. A number of initiatives are on the cards to improve relations with all neighbouring counties—especially India. For example, allowing India a non-discriminatory access to Pakistani markets appears around the corner. In December 2013 a peace dossier was delivered to Indian Prime Minister by Pakistan’s Special Assistant on Foreign affairs; this document proposed a comprehensive strategy for sustainable bilateral relations. Though due to electoral dynamics of India the sitting government has not responded to numerous overtures of Prime Minister of Pakistan, it is expected that after the elections, the new Indian government would like to reciprocate.

In any pursuit of peace between India and Pakistan, arms control and arms reductions would be one of the main challenges. Over the previous years, Pakistan has been forwarding viable proposals and in this regard Strategic Restraint Regime is still on the table. 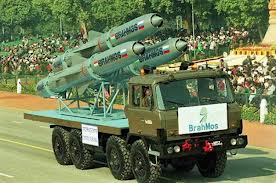 Despite raising the bogey of China for international consumption, over 80 percent of Indian weapon systems and around 90 percent of military command and control structures are Pakistan specific. India has no application of its huge inventory of armour, short legged aircraft and tactical missiles in the context of China. Beside the domain of military inventories, India’s dangerous doctrinal notions like Cold Start doctrine, Pro-Active Operations and massive nuclear retaliation in case of use of battlefield or tactical nukes are serious psychological barriers in the way of viable disarmament. Unless these issues are addressed in a mutually acceptable way, durable functional bilateral any not be easy to sustain.

Arms build-up in India-Pakistan scenario is no longer a bilateral issue, because at declaratory level India maintains that its main military threat emanates from China, and hence its military capability is aimed at that threat. However, it is paradoxical that having a bilateral trade of US$ 80 billion with China, India continues with its cold-war era mindset of treating China as its main source of military threat.  Besides creating other perceptional distortions, this position has made any arms control or arms reduction initiative unworkabel at bilateral level, and has made it a trilateral matter. Due to this complication, there is no likelihood of any meaningful initiative between India and Pakistan in these vital areas.

India continues to follow a trajectory of massice arms build-up, which has a direct bearing on the stability of this region. India is the biggest buyer of arms in the world. During the last five years it has imported nearly three times as many weapons as China and Pakistan combined. A credible Swedish think Stockholm International Peace Research Institute (SIPRI) has documented this fact in its annual report, released last week. Indian imports of major weapons have gone up by 111 percent in the last five years as compared to 2004-08. Its share of total global arms imports has increased from 7 to 14 percent of global arms trade, thus making it the world’s largest importer. Its imports are 14 per cent of the global total. Russia supplied 75 per cent of Indian arms imports, the USA 7 per cent and Israel 6 per cent. The five biggest exporters in 2009–13 were the USA, Russia, Germany, China and France. Together they accounted for 74 per cent of the volume of arms exports. The USA and Russia alone supplied 56 per cent of all exports—the world over. Country wise breakdown of global arms exports between 2009 and 2013 were: the United States (29 percent), Russia (27 percent), Germany (7 percent), China (6 percent) and France (5 percent). India has replaced China as the world’s biggest arms buyer since 2010. The total volume of global arms sales was up by 14 percent in 2009-13 compared to the previous five years.  With its domestic defence industry struggling to manufacture high-tech arms, India is in the midst of a defence spending binge. Russia’s role of main supplier of weapons to India reflects the legacy of cold war era. India now faces challenges of upgrading and modernizing its vintage weapon systems dating back to the 1970s and 1980s—a reminder of close Indo-Soviet relationship during the Cold War.

India now seeks to diversify its sources, looking particularly to the United States and other Western countries. Last month’s data from reputed journal “IHS Jane’s” showed that India became the biggest buyer of the US weapons last year, amounting to $1.9 billion; this includes high profile items like Boeing’s C-17A strategic military airlift platform and P-8I Maritime Patrol Aircraft. However, during 2009-13, the US accounted for only 7 percent of India’s purchases.

US exports of major weapons increased by 11 per cent between 2004–2008 and 2009–13. China has further cemented its position as a major exporter of arms, replacing France as the fourth largest arms exporter. The main recipient region in 2009–13 was Asia and Oceania (accounting for 47 per cent of imports), followed by the Middle East (19 per cent), Europe (14 per cent), the Americas (10 per cent) and Africa (9 per cent). Between 2004–2008 and 2009–13, arms imports to states in Africa increased by 53 per cent, Asia and Oceania by 34 per cent and the Americas by 10 per cent. Imports by states in the Middle East remained largely unchanged. It is interesting to note that imports by states in Europe decreased during this period. 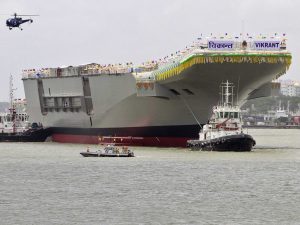 It also received 27 of a total of 45 MiG-29K combat aircraft ordered for use on its aircraft carriers. India has 62 Russian MiG-29SMT and 49 French Mirage 2000-5 combat aircraft on order. It has also selected, but not yet ordered, 144 Russian T-50 tanks and 126 French Rafale combat aircraft.

In recent years, submarines have increasingly featured among the acquisitions of many Asian countries. While China and Japan continue to build their own designs, other existing submarine operators have imported new boats. During 2009–13 India received a nuclear-powered sub marine from Russia; it is also building 6 French submarines under licence and plans 6 more.  A series of safety and security related incidents— particularly submarines related— led to resignation of Indian Naval Chief. Nine officers and men died in the last six months in two submarine accidents with one submarine written off and another grounded. It indicates that Indian Navy is suffering from the phenomenon of pursuing an unrealistic overreach. Factors like widening gap in the conventional capability and setting up of anti ballistic-missile defence system by India are contributing towards weakening of nuclear deterrence as well.

While Pakistan should continue to strive for durable peace with India, it should keep an eye on Indian trends with respect to arms build-up. Under the circumstances when India is making an all out effort to accentuate the imbalance in conventional weapons, Pakistan’s peace initiatives stand a lesser chance of success. Hopefully, the new Indian government would make a bold course correction to address these genuine concerns of Pakistan. 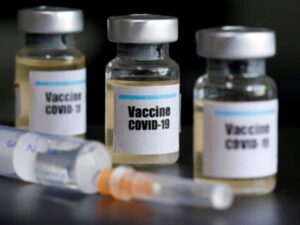 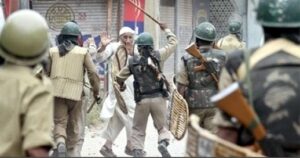 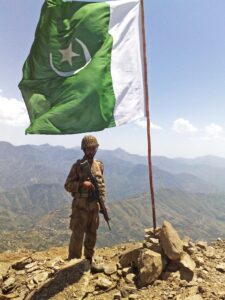 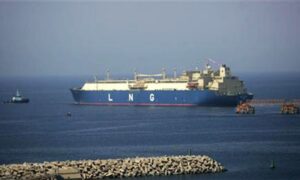