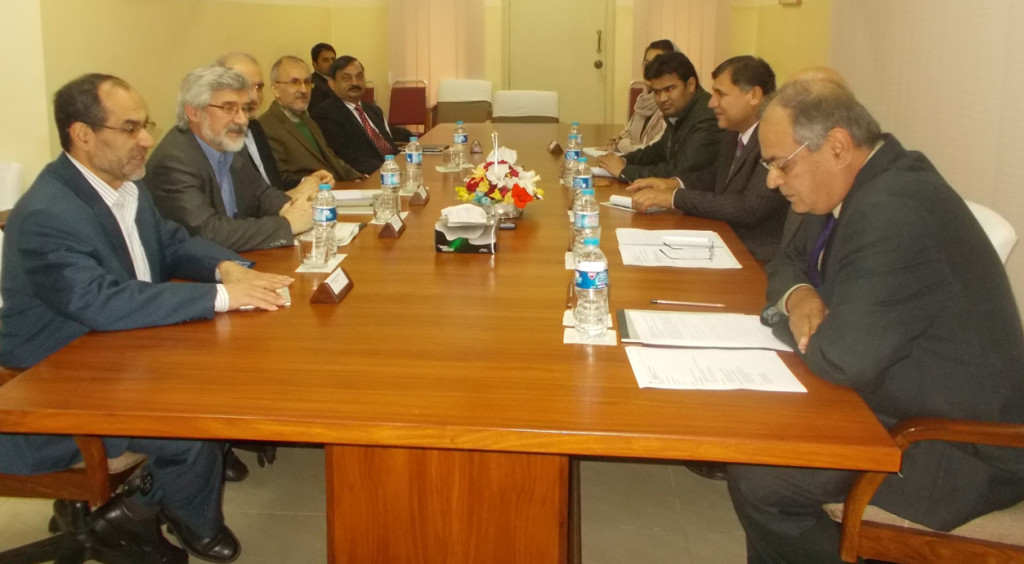 President IPRI after welcoming the visiting scholars opened the floor for discussion. The scholars from the Institute for Political and International Studies (IPIS) said that there are many commonalities between IPIS and IPRI. He said Iran was very close neighbour of Pakistan. Several institutional arrangements exist between the two countries including joint water commission meetings. Bilateral trade was almost one billion USD.

An Iranian scholar said Pakistan was a very important country for Iran. He said there was a consensus among the establishment of Iran on having good relations with Islamabad and peace and prosperity in Pakistan was in the interest of Tehran as well. He asked from IPRI scholars if they saw any relations between terrorism and sectarianism in Pakistan and West Asia. He further asked where the violence was leading the country to? He was told that terrorism was the legacy of Soviet invasion of Afghanistan and the religious forces were encouraged by the US to fight against the Soviets. When the Soviets had withdrawn Pakistan was left to deal with the aftermath because the US and the west had abandoned Afghanistan. Pakistan and Afghanistan were left to deal with the left over weapons, drugs and extremism. That extremism led to terrorism and no other country suffered more from terrorism than Pakistan. The security forces and the government of Pakistan were committed to eliminate the evil mix of extremism and terrorism and this was demonstrated by the sacrifices made by Pakistanis. Pakistan’s sacrifices were not acknowledged by the international community the way they should have been recognized. More than 60,000 civilians and more than 7,000 Pakistan’s security personnel sacrificed their lives in the war on terror. The government was negotiating with the Taliban to find some solution. The government was committed and sincere in its efforts.

The delegation was told that sectarianism was an offshoot of terrorism. There were external forces involved in promoting sectarianism because at societal level Pakistani society was moderate comprising people from different sects. For years the Shia and Sunni had been living peacefully in Pakistan.

An IPRI scholar said that some of the organisations involved in sectarian violence were associated with Tahreek-e-Taliban Pakistan (TTP). Government was negotiating with TTP and there were chances that there would be a reduction in sectarian violence once the talks were successful. He said Pakistan and Iran needed to cooperate in investigating sectarianism because some external forces did not want Pakistan’s relations with Iran to improve. And it was through sectarian violence that these external forces were creating misunderstandings between the two countries. Indian factor could not be ignored in this regard. He said regional countries including India needed to cooperate regarding the situation in Afghanistan. India should realize that the regional countries would be affected the most if situation in Afghanistan deteriorated. Instead, India was engaged in cold war with Pakistan through Afghanistan. Indian presence in Afghanistan was creating problems in Balochistan. Nonetheless, Iran and Pakistan should understand the gravity of the situation and cooperate to address the regional issues including sectarianism and the situation in Afghanistan.

A delegation member asked whether there was any specific group, such as Taliban, who were involved in terrorist activities in Pakistan? He was informed that TTP was an umbrella organisation which comprised of many terrorist groups. The most potent of those groups had agreed to negotiations with the Government of Pakistan. There were other groups who might have opposed the negotiations but those groups were not potent enough.

A member of the visiting delegation asked that Taliban demanded that they would negotiate if there was Shariya implemented in Pakistan. He was informed that it was too early to say what were the demands of Taliban. Until the two committees, one nominated by the Taliban and the other formed by the Government for negotiations met, one cannot be sure about the demands of Taliban.

The delegation members agreed with IPRI scholars that once the talks were successful there would be reduction in terrorist activities. A delegation member asked whether the terrorism would be diminished through dialogue. An IPRI scholar replied that the problem of terrorism could be solved through dialogue. However sectarian organizations had either shifted to TTP areas or were working in close coordination with TTP. He said sectarianism was a fault line which existed between Iran and Pakistan and both countries needed to seriously address this issue. Both countries should cooperate in identifying the problem and come up with strategies to deal with it. The religious scholars from both sides also needed to play their role in creating harmony among the people of different faiths. In Pakistan the All Pakistan Ulema Council was trying to bridge the gap between the people of two sects.

A delegation member put forward the question whether the new government in Pakistan had new foreign policy regarding India. An IPRI scholar replied that Pakistan’s policy was consistent towards India and the country had been pursuing it. The policy was to discuss all outstanding issues with India through composite dialogue process; the present government was also following the same. The Kashmir issue was of importance to the people of Pakistan and that had to be addressed according to the UN resolutions and in accordance with the wishes of the people of Kashmir. He added that there was a consensus among all political parties of Pakistan to have peaceful, durable and working relations with India. It was believed that after the elections in India, when the new Indian government was in office the bilateral talks would resume.

The delegation was asked what was Iran’s policy regarding transition in Afghanistan. Responding to the question a delegation member said Iran would oppose the BSA between the US and Afghanistan because Tehran opposed the presence of foreign forces in the region. 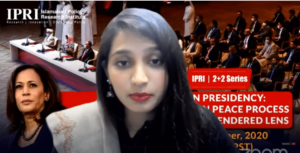