The humanitarian 72-hours cease-fire in the Gaza conflict zone collapsed soon after it came into effect on Friday, as the Israeli military announced that its two soldiers had been killed and a third apparently captured by Palestinian militants who emerged from a tunnel near Rafah. 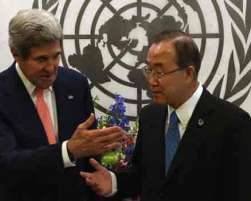 Hamas accused Israel of violating the truce, saying that the announcement about the capture of an Israeli soldier was intended “to cover up the barbaric massacres, especially in Rafah.” Lt. Col. Peter Lerner, a spokesman for the Israeli military, said that government forces had been moving to destroy a tunnel, as the terms of the cease-fire allowed for, when several militants came out of the ground.

The United States and the United Nations brokered a 72-hour humanitarian cease-fire in the Gaza conflict early Friday, aimed at setting the stage for talks between them for a more lasting truce. Israeli and Palestinian negotiators are now in Cairo for formal talks on how to end the conflict. “During this time, the forces on the ground will remain in place,” said the announcement, which means that Israeli troops can continue destroying the tunnels in Gaza. “We urge all parties to act with restraint… and to fully abide by their commitments during the cease-fire,” John Kerry and Ban-Ki-Moon said in a statement.

Israel presents a horrible track record in the context of gross violations of International Humanitarian Law. In March this year, the UN Human Rights Council in Geneva passed four resolutions on the question of Palestine, and the United States was the sole “no” vote in every single case. As of 2013, Israel had been condemned in 45 resolutions by the Council since its creation in 2006; Council has more resolutions condemning Israel than the rest of the world combined. During Israeli Operation Cast Lead (2008-09) 1,417 Palestinians died; during Operation Pillar of Defence (2012), an estimated 50-100 were killed. Palestinian casualties in the latest incursion, Operation Protective Edge, have crossed all previous benchmarks and are counting.

While battling Palestinians in Gaza two years ago, Israel had found itself pressed from all sides by unfriendly Arab neighbours to end the fighting. However, after the ouster of Mursi’s government in Cairo last year, Egypt has led a new coalition of Arab states, comprising Jordan, Saudi Arabia and the United Arab Emirates, which has effectively lined up with Israel in its fight against Hamas. Largely, this has contributed to protracted spell of violence and failure to reach a negotiated cease-fire even after nearly four weeks of bloodshed. “The Arab states’ loathing and fear of political Islam is so strong that it outweighs their allergy to Benjamin Netanyahu”, said Aaron David Miller, a scholar at the Wilson Centre in Washington. “I have never seen a situation like it, where you have so many Arab states acquiescing in the death and destruction in Gaza and the pummelling of Hamas…The silence is deafening,” he added. Cairo this time surprised Hamas by publicly proposing a cease-fire agreement that met most of Israel’s demands and none from Hamas. King Abdullah called President Sisi the next day to condemn it; however, Egypt’s Arab allies praised it. “There is clearly a convergence of interests of these various regimes with Israel,” said Khaled Elgindy, a former adviser to Palestinian negotiators who is now a fellow at the Brookings Institution in Washington.  “The pendulum of the Arab Spring has swung in Israel’s favour, just like it had earlier swung in the opposite direction… “But I am not sure the story is finished at this point,” Elgindy added.

Moreover, this time Hamas is fighting with waning support from its traditional allies—Muslim Brotherhood and Hezbollah. Brotherhood is on the run for its own survival since General Sisi’s coup in Egypt. Turkey has previously been a keen and accepted mediator for any conflict in the Middle East. However, its bumpy relationship with Israel ever since Israeli troops stormed a Turkish flotilla in 2010 has resulted in limiting its role as mediator. Both Israel and the United States are keen on keeping Turkey’s role as a mediator to a minimum. Qatar, also suspected to be close to the Brotherhood, faces a similar problem.   Pakistan has once again underscored the urgent need to end the ongoing violence in Gaza. Special Assistant to the Prime Minister on Foreign Affairs Tariq Fatemi while addressing the UN Security Council meeting, and interactions with diplomats in New York, has urged upon the Council to take effective action to resolve the Palestinian issue and bring peace in the region. He called for stepping up of efforts to end the Israeli occupation of Palestinian territories and said that the Security Council should live up to its promises and prove to the world that it is succeeding in its declared objectives — maintaining international peace and security.   Iran’s supreme leader has accused Israel of committing “genocide in Gaza, and demanding the Islamic world arm those Palestinians involved in fighting”. In a speech marking the Eid festival, Ayatollah Ali Khamenei said Israel was acting like a “rabid dog” and “a wild wolf” and causing a human catastrophe in Gaza, where people should be helped to defend itself. “The world and especially the Islamic world should arm … the Palestinian people,” he added.

Despite its claims to hit military targets, Israeli aircraft, tanks and navy gunboats have also targeted other symbols of Hamas control in Gaza. 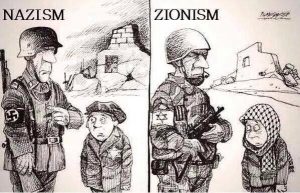 Israel has also hit civilian targets like power plant, hospital, TV station, mosque, schools, refugee camps etc that would add to public sufferings. Damage to power plant will take up to 18 months to repair. The immediate result is a water crisis; Gaza’s six waste treatment plants would start pumping out raw sewage within days if the electricity shortage was not addressed. Moreover, power shortage has also triggered angry scenes at bakeries, where people fought each other in long queues. “You can say this is a disaster, not only a crisis,” said Fathi al-Shaikh Khalil, deputy chairman of the Palestinian Authority’s Energy and Natural Resources. “Now we want to put pressure on them to substitute the loss of the plant by providing 100 MGW in addition to the 120 MGW they supplied before the current conflict,” he added.

The international community can do a lot more than it has done thus far. The Arab League has largely remained criminally silent; so has much of Europe. Both have acted in varying capacities as mediators before, and they should try to do so again. OIC and NAM are also missing from action and so is the GCC. All these entities owe a responsibility in the context of crisis management; their criminal silence cannot absolve them of their obligations.   Time has come to adopt a holistic approach to find a comprehensive solution rather than quick fixes. Pakistan can play a greater role in this regard. It should take the lead in urging the international community to implement the two states solution as a starting point and then go on for evolving a lasting solution.