The landslide victory by Bhartiya Janta Party (BJP) in May 2014 Indian Parliamentary Elections has triggered a new debate among the political scientists and prompted them to do some introspection. The said party is widely regarded to be the political wing of the Rashtriya Swayamsevak Sangh (RSS) and from 1998 to 2004, the BJP-led National Democratic Alliance (NDA), a coalition of several parties formed the national government.

There is no doubt in saying that BJP is the aggressive Hindu Nationalist party and its Hindutva ideology supports the disputed construction of the Ram temple in Ayodhya at the site of the Babri Mosque. It won a huge majority in 1977 to form the government and again, in early 1980s it was marked by a wave of communal violence. Later, its failure in the Indian Elections of 1984 led to a shift in the ideology of the party toward a policy of more hardline Hindutva and Hindu Fundamentalism. Thus BJP built itself up as the political wing of the fundamentalist movement by manipulating Hindu symbols and playing on interreligious fears and stereotypes. In 1989, on the strength of this movement the BJP grew in power and formed government in several states.

Conversely, despite of the “India Shining” slogan in Indian Elections of 2004, BJP suffered a heavy defeat, winning only 186 seats in the Lok Sabha, compared to the 222 of the Congress and its allies. Since its surprising defeat in the 2004 General Elections, the BJP has been the principal opposition party in parliament.

At this time, all eyes are on the man who led Gujarat as the Chief Minister for three consecutive terms and still leads it today, Narendra Modi, an accused of initiating and condoning the violence during the episode of 2002 Gujrat violence and the NDA’s prime-ministerial candidate for theGeneral Elections 2014. He was then and still remains unregretful on incidents of communal violence. In a reply to a journalist of Time Magazine he stated, “What I have done is the reason why Gujarat is progressing”. His involvement in the events of 2002 has continued to be debated widely.

By the same token, the BJP’s implementation of Hindutva looked to be anti-minorities rather than its concept of Integral Humanism which gives meaning and value to the human lives. Mr. Atal Bihari Vajpaee, one of its leaders has courted criticism within the party because of his moderate stance towards Pakistan and willingness to engage both the states in Confidence Building Measures (CBMs). The party’s resentment toward Muslim community of India and towards Pakistan remains a significant influence in its ideology. It is seen as supporting a strong national defence policy, which includes a modernization of India’s armed forces and a strong nuclear deterrence. It supports the full integration of Jammu and Kashmir into India by revoking its “special status” granted in the Indian constitution. The Pokhran-II, five nuclear weapons tests, Kargil War, 2001-02 Stand-off and the Prevention of Terrorism Act (POTA) which targets Indian Muslims are the outcome of BJP’s inimical policies.

For these reasons, Pakistan has been watching the election scene in India with considerable fear. The proponents of dialogues between India and Pakistan are aware that détente has progressed better whenever strong leadership has existed in both the states. However, the coming leadership seems to blur viewpoints on revival of Hindutva politics. Any objective reappraisal of IntegralHumanism must account for the day and age it was articulated and the generation that propounded it. The two main principles of Integral Humanism for the society are truth and non-violence. Without non-violence it is not possible to seek and find truth. So, it must be applied to contemporary issues in a coherent and consistent manner to build peace and security inside and outside the state. 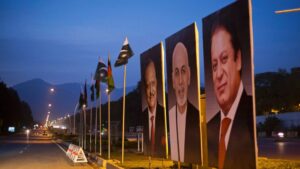 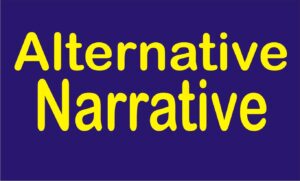 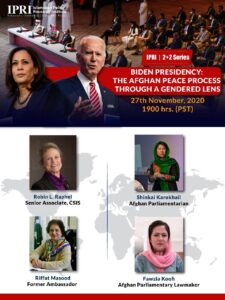