Since 1947 Pakistan–India relations are marred by outstanding bilateral issues including the Kashmir dispute which are yet to be resolved. After Shimla Agreement signed in 1972 both countries have not been able to address these issues at bilateral level. In other words bilateralism, enshrined in the Shimla Agreement signed 42 years ago, has almost failed. The main reason is that India being a large country does not want to conduct its relations with its smaller neighbours by adopting just policies, rather its attitude is hegemonic. Kashmir dispute is the major issue between Pakistan and India due to which both countries have fought three wars. The first war fought in 1948 ended with a UN brokered cease fire in 1949. Consequently the United Nations (UN) Commission for India and Pakistan drew a resolution on January 5, 1949 calling for holding a free and impartial plebiscite to decide whether people of Jammu and Kashmir wanted to join Pakistan or India. Since then India has failed all efforts of the UN to hold a plebiscite. After experiencing that in last 42 years bilateralism has not worked, along with its efforts of convincing India for holding composite dialogue to resolve issues, seeing lukewarm Indian attitude, Pakistan is also considering other options like seeking UN assistance or the US mediation, although India rejects all proposals other than bilateral talks.

On the other hand, whereas the people of Jammu and Kashmir had started their freedom struggle in 1989, Pakistan has been providing political, diplomatic and moral support to them. Rather than accepting it as an indigenous freedom struggle India blames Pakistan for supporting that movement. For the last 25 years whereas India has been trying to crush the freedom struggle of people of Kashmir by deploying more than 700,000 troops and in the process it has killed nearly 100,000 individuals and committed numerous other deplorable human rights violations. In the post 9/11 environment where war against terror is being fought in Afghanistan, while India is using the US concerns on war on terror for undermining the freedom struggle in Kashmir by equating it with terrorism and accusing Pakistan for fomenting terrorism in Afghanistan and Kashmir, it is also using Afghan soil to destabilize western parts of Pakistan to dilute Pakistan’s support to the people of Kashmir.

Pakistan and the US have been long time allies in the cold war. After the end of the cold war, since 9/11 in 2001, they are again allies in fighting war on terror in Afghanistan. In this war as a Major Non NATO ally, whereas Pakistan has lost above 49000 lives it has also suffered economic losses worth US $ 100 billion. Despite their mutual differences over fighting war on terror, both Pakistan and the US are endeavoring to build strategic relations with each other through the process of strategic dialogue which is already underway. The US is trying to build concrete relations with Pakistan in view of its strategic significance for peace and stability in Afghanistan and Central Asia and to farther US interests in West Asia and other parts of the Muslim world. On the other hand, as part of its post- cold war politics, in 2010 the US had signed agreements of strategic partnership and nuclear deal with India as a counterweight to the rising China, although India’s excess to western civil nuclear technology and military hardware and technology as a consequence of these agreements have become a source of eroding strategic balance in South Asia. Using its very close relations with the US although India is enhancing its influence in Afghanistan to the detriment of Pakistan, as already mentioned, the US also wants to build closer relations with Pakistan.

In this context while Pakistan is seeking an agreement of strategic partnership with the US it is also asking the super power for signing a nuclear deal with it like India. Hence while India wants to use its strategic partnership with the US for undermining Pakistan’s support to the people of Kashmir and eroding existing strategic parity, Pakistan wants to develop closer relations with the US to use its assistance in mediating for resolution of the Kashmir dispute and getting an excess to its nuclear and military technology to maintain conventional and nuclear balance in South Asia. Thus to keep its strategic relations with both Pakistan and India the US has to play a critical role.

While some out the US scholars community and decision makers keep blaming Pakistan for not doing enough in war on terror, others being cognizant of Pakistan’s strategic significance over India for post 2014 withdrawal peace and stability in Afghanistan and Central Asia,  are asking for building a long term strategic partnership with Pakistan. Under the ongoing South Asia environment it appears that it would be in the strategic interest of the US to keep good relations with both Pakistan and India. In this regard while India may be useful to the US in Asia Pacific, Indian Ocean and other parts of the world, as a friend, Pakistan will be significant for the US for keeping peace and stability in Afghanistan, Central Asia, Middle East, Persian Gulf and even Far East (being close friend of China), as also propounded by a renowned US scholar Danial Murkay in his book titled, “No Exit from Pakistan”. To conclude this article it can be said that it will serve US interests better if it keeps good and balanced relations with both Pakistan and India. For this purpose the US should seriously consider signing of agreements of strategic partnership and nuclear deal with Pakistan, constraining India from destabilizing Balochistan and facilitating resolution of Kashmir dispute between Pakistan and India. 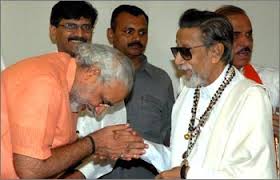 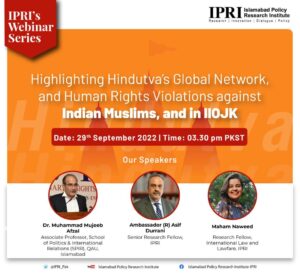