The landslide victory by Narendra Modi in India’s national elections has raised questions throughout World about India’s role in the region. Like rest of the world, there were two schools of thoughts in china in this regard. “One of the most optimistic gave the idea that Modi could be “India’s Nixon,” a concept which originated in The Shanghai Institute for International Practices, and which forecasts an “opening to China akin to the U.S. President’s. This optimistic analysis also suggests that, given his focus on the Indian economy, Modi could choose to emulate the PRC’s model for economic growth, and thus draw inspiration from Deng Xiaoping but others have expressed the fear that he might prove to be an “Indian Shinzo Abe,” playing to nationalism and intensifying a border dispute with China”.

But circumstances proved that Modi is not (Indian Nixon) but he is (Indian Shinzo Abe) so during his japan visit from 31st August to 3rd September, “according to Indian express 2.9.14.” In what would have been music to the ears of the Japanese government, Prime Minister Narendra Modi said the “expansionist” ideas of the 18th century are still visible in the world — some countries “encroach” on others, some “enter the seas”, and some “capture other’s territory”. While he did not name China, the reference to “encroachment” and “entry into the seas” is being interpreted as a reference to China’s spats with Japan over the Senkaku Islands.

Indian Prime Minister criticized china in such a manner that netural observers are a little surprised because no one was hoping that Delhi government will accuse china and Modi will say that Beijing should stop its hegimonical  design .it shows that in the eyes of  Delhi’s rulers there is no importance of china’s goodwill gesture which was showed at Brics summit few weeks ago in brazil .

“Modi’s use of the term “vistar vaad” (Tosee pasandi) in Tokyo has got much attention. This indirect criticism of China is unlikely to limit
Modi’s warm welcome to Xi, who arrives in India later this month. Nor should it dampen Beijing’s enthusiasm for building a strong partnership with the NDA government”   (Indian express 3.9.2014).

It is interesting to note that on 22nd February at Passi Ghaat (Arunachal Pradesh) Modi used the same language rather same words which he used in japan when Modi says, “China must drop “mindset of expansionism” over Arunachal Pradesh, No power on earth can snatch away Arunachal Pradesh,” Modi, donning the region’s traditional headdress and jacket, was shown on television saying on a campaign stop to the state.

At this occasion Chinese media gave this news report as below

Modi was speaking during an election rally in the state of Arunachal Pradesh nestled in the eastern stretch of the Himalayas that China claims as its own.

“Arunachal Pradesh is an integral part of India and will always remain so. No power can snatch it away from us.”The world has changed. An expansionist mindset will not be accepted. China will also have to do away with such a mindset,” Modi said in comments posted on his official website.

His words at an Ex-Servicemen’s Rally in Rewari in September 2013 were even more provoking and direct: “Every day, we are surrounded by dangers…China keeps threatening us often, it intrudes our land. Not only this, it is trying to bar down the waters of Brahmaputra, to capture Arunachal Pradesh from us” (www.narendramodi.in).

Chinese foreign policy experts at that time took these words of Modi a little easy & they said “that this is merely campaign trail rhetoric but after Modi’s recent visit of japan perhaps it will be very difficult for Delhi to maintain balance between china and japan.

Several Indian observers say that it is no secret that Chinese people & government are very polite but too sensitive about their core issues like CPC and their territorial disputes and Indian prime minister have crossed the red lines so it is strong possibility that about friendly relations with India they will think twice .Although immediately they have shown a little politeness when media asked on 3rd September Chinese foreign office spokesperson.

A: We are following Prime Minister Modi’s visit in Japan. I would like to point out that both China and India are major countries that advocate and practice the Five Principles of Peaceful Co-Existence, and follow the independent foreign policy.

As for President Xi’s visit to India, when leaders of the BRICS met in Fortaleza, Brazil, President Xi had a pleasant meeting with Prime Minister Modi. It was agreed then by both sides that President Xi will pay a state visit to India in the near future. At the current stage, both sides are in close communication on relevant arrangements about the visit.

Anyhow it will be interesting to see that how Delhi maintains balance between china and japan. 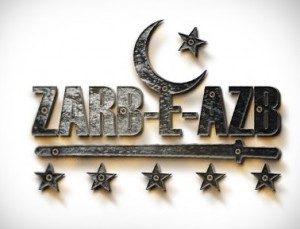