Completion of political transition in Afghanistan offers a window of opportunity, albeit a narrow one, for Pakistan and Afghanistan to swiftly and boldly make a course correction to respective approaches towards each other. Both countries could engage each other more constructively by recalibrating their policies towards economic links, border management and seeking solution to the presence of refugees on each other’s soil. Pakistan has made a beginning by handing over 29 Afghan nationals back to Afghanistan; they were apprehended during Operation Zarb-i-Azb from different areas of North Waziristan Agency. This gesture of good-will shall provide a better environment when Afghan President visits Pakistan during this month.

So far, over 1,100 terrorists have been killed in this operation. Alongside Pakistan, outcome of this operation would impact Afghanistan as well. However, Afghan side has refused Pakistan’s request for cooperation. Pakistan had asked them to dislodge the terrorists, intercept them, kill them or hand them over to Pakistan. TTP chief Maulana Fazlullah continues to operate freely and with impunity from across the border in the Afghan provinces of Kunar and Nuristan. Though Operation Zarb-e-Azb is progressing successfully, Afghan inaction is undermining the operation and Pakistan is concerned at militants ‘roaming freely’ over the border. Had Pakistan received the cooperation of Afghanistan, operational objectives could have been met much speedily and efficiently.

Dan Feldman, the US Special Representative for Afghanistan and Pakistan, is of the view that: “United States has long pushed for an effort by Pakistan to extend the writ of its government throughout the federally-administered tribal areas. It is in Pakistan’s interest to have control over its sovereign territories. This military offensive is purely Pakistan-owned. Of course, the outcome not only affects Pakistan’s security but also that of the entire region. We greatly appreciate Pakistan’s sacrifices, both in term of the lives that are dedicated to fighting terrorism and the financial resources that go into it”.

A report to the US Congress by the Special Inspector General for Afghanistan Reconstruction (SIGAR), has warned that Afghanistan remains dangerously unstable. Insurgent attacks have reached the highest levels since 2011; the Afghan army has sustained heavy combat losses and is experiencing high attrition rates. Moreover, opium poppy cultivation has more than doubled from its pre-1999 levels; when Taliban ruled the country, opium was grown on 91,000 hectares. About 209,000 hectares of land was under poppy cultivation in 2013, an increase of 36 percent from the previous year, the SIGAR reported, while citing statistics from the UN Office of Drugs and Crime.

SIGAR has repeatedly warned that failure to address the issue and eradicate the drug problem in Afghanistan could completely undermine the US reconstruction efforts in Afghanistan. “The recent record-high level of poppy cultivation calls into question the long-term effectiveness and sustainability of [prior US government and coalition] efforts,” Inspector General John Sopko wrote in the report. “Given the severity of the opium problem and its potential to undermine the US objectives in Afghanistan, I strongly suggest that your departments consider the trends in opium cultivation and the effectiveness of past counter narcotics efforts when planning future initiatives.” The US government’s massive $7.6 billion war on drugs in the war-torn country may actually be aiding the production of opium poppy—further boosting the illicit opium industry and fuelling the heroin epidemic in the United States. SIGAR says a handful of the US government’s big dollar programs intended to eradicate Afghanistan’s illicit opium industry, have actually helped finance poppy growth. In one instance, auditors found that money that was supposed to go toward a $108 million program incentivizing Afghan provinces to reduce poppy growth with new infrastructure projects has actually been used to pay for the construction of irrigation systems that have helped cultivate poppy. In another example, auditors said that an $18.7 million program, aimed at encouraging poppy growers to seek alternative sources of income, had also helped fund construction of irrigation systems.

Afghanistan’s opium cultivation supports the equivalent of about 411,000 jobs, exceeding the overall size of the Afghan national security forces, and generates about $3 billion of revenue from drug exports. The booming drug trade is also directly and indirectly financing the Taliban insurgency. Staggering 15,968 insurgent attacks took place for the nine-month period preceding August 15—an average of 61 per day. Unlike previous years, during 2014 Taliban have attacked Afghan forces on multiple fronts. 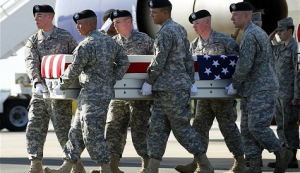 These attacks have dealt a psychological blow to Afghan forces.Afghan security forces face high rates of attrition and combat casualties. Between September 2013 and August 2014, more than 36,000 Afghan army personnel were dropped from the force, and between March 2012 and August 2014 more than 2,850 troops were killed in action with another 14,600 wounded. Since the assumption of power by the new government, Taliban have intensified suicide bombing, roadside bombs and rocket attacks on the Afghan capital to give the impression that the new government can’t even protect the capital.

SIGAR report has also pointed embarrassing fingers on Pentagon, saying that ISAF/NATO made it difficult to make independent assessments of the capability of the Afghan forces by abruptly classifying details of the country’s military capabilities; apparently in an effort to cover-up significant and lingering competence related problems confronting the Afghan forces. The inspector general’s office “is deeply troubled by the decision” of the international coalition “to classify the executive summary of the report that assesses the capability of the ANSF which were unclassified prior to this quarter,” the report said. “ISAF’s classification of the report summary deprives the American people of an essential tool to measure the success or failure of the single most costly feature of the Afghanistan reconstruction effort.”

To make the matters worse for the new Afghan government, the country’s finance ministry is facing serious budget shortfalls. For the first seven months of the Afghan financial year, the domestic revenues missed government targets by 22 percent and declined 3.8 percent compared with the same period last year.

In an effort to control the situation, Afghanistan’s new president has recently invited the Taliban to join in a peace process backed by the international community. 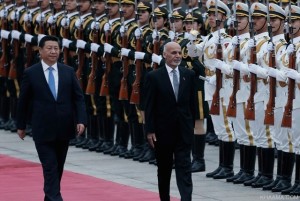 Speaking at a conference on “Afghan peace and reconstruction” in Beijing, President Ashraf Ghani said: “Peace is our highest priority. We invite the political opposition, particularly the Taliban, to join and enter Afghan dialogue, and ask all of our international partners to support an Afghan-led and Afghan-owned peace process”. He added: “We must not and will not permit groups pursuing grand illusions to use our country as the battleground or launching-pad against the international system.” In his address to the same gathering, Chinese Premier Li Keqiang said China has faith in Afghanistan’s ability to solve its own problems, but that its neighbours should help create a peaceful environment without interfering in its internal affairs. “The International community should respect Afghanistan’s sovereignty, independence and territorial integrity, not interfere with its internal affairs and support Afghanistan’s efforts to realize security and stability,” Li told the delegates to the forum. China would provide $330 million in grants to Afghanistan along with professional training and scholarships for 3,500 Afghans over the next five years.

Challenges faced by Afghanistan are numerous; the silver lining is that it enjoys enormous international goodwill. The new Afghan leadership should depart from Karzai era approach of blame game, and confront the issues with statesmanship, prudence and sagacity. In such a pursuit it can count on Pakistan’s unflinching support. 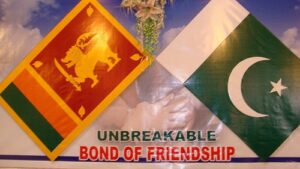 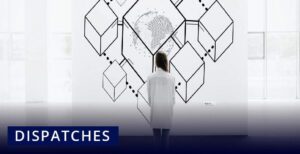