Sweden, a Scandinavian country, is the third-largest country in the European Union (EU) and one of the most highly developed welfare states in the world. It is considered as an honest broker in international affairs and with an influential voice in EU foreign policy. Kjell Stefan Löfven, who spent his early life in an orphanage and worked as a welder before becoming an active trade unionist and a politician later, became Prime Minister of Sweden on 3rd October, 2014. He is also the leader of a Sweden political party, “Social Democratic Party” since 2012.

After coming into power, the new Swedish government officially recognized the state of Palestine on 30th October, 2014, ignoring Israeli protests and followed through on a pledge, the Prime Minister made at his inauguration last month. A message by Swedish Foreign Ministry was posted on Twitter on 30th October announcing the move and saying the Swedish government expressed hopes for peaceful coexistence between Israel and Palestine. The ministry further declared that Sweden hoped its “excellent cooperation” with Israel would continue and that the decision would be met in Jerusalem “in a constructive way”.

It is pertinent to know that the UN General Assembly (UNGA) had approved the de-facto recognition of the sovereign state of Palestine in 2012 by a massive 138 nations including support from India, China, Russia, Japan, Brazil, Argentina, Mexico, France, Spain, Ireland, Portugal, Italy, Cyprus, Greece, Serbia, Belgium, Denmark, Norway, New Zealand and scores of other UN nations. Palestine has successfully joined UN Agencies and none of the UN Resolutions state that the territory belongs to any other nation but to Palestine. The International Court of Justice (ICJ) ruling concerning the 421 monstrous “wall” built in Palestine was deemed illegal and a violation of international protocols and moreover the ruling of ICJ was supported by the EU and UN.

Within the EU, some countries, such as Hungary, Poland and Slovakia, recognize Palestine, but they did so before joining the 28-member bloc. Malta and Cyprus are the only other West European states which had recognized a Palestinian state. Likewise, Britain’s Parliament had passed a nonbinding resolution last month to give diplomatic recognition to a Palestinian state. France, following the other European states had stated that it will have to recognize Palestine too. This shows the strength behind the moral uprightness of the Palestinian cause but Israeli actions are bent upon creating conflict. Israel, a few days ago, had announced that it will built about 1000 units in areas of Jerusalem claimed by Palestinians as part of a future state.

Jordan, supporting the Palestinian cause, had requested the United Nations Security Council (UNSC) to hold an emergency session. So, the UNSC criticized the advancement of planning for some 1,000 Israeli settlement units in occupied East Jerusalem and held emergency session on 30th October, 2014 to discuss Israel’s settlement activities in occupied East Jerusalem. Palestinians at the UN are also pushing to secure a UNSC resolution setting a two-year deadline for Israel to end its occupation of Palestinian territories and East Jerusalem by November 2016.

Israel has already withdrawn its ambassador from Stockholm, the capital of Sweden. It is now viewing recognition of a Palestinian state by Sweden as a diplomatic blow and fears the risks of increasing international isolation in the absence of meaningful peace talks. US, the closest ally of Israel, has already announced the settlement plans of Israel as illegal. After Sweden’s government recognition of Palestinian State, some of other Israel’s fears are as follows:

First, the move by Sweden could lead other influential European countries to follow suit.

Second, the trend would pre-empt the results of future negotiations over a Palestinian state with agreed borders.

Third, the announcement by the Swedish government would strengthen the struggle of the Palestinian people against the Israeli supremacy in the occupied territory whose national consciousness is fully awakened and whose affection for their homes and countryside is obviously unconquerable.

The Swedish move is principled and substantive. It signals that Europeans view Israel’s occupation of Palestine as an obvious violation of the basic principles of international law. No country, except Israel, has ever been forced by the international law to return land taken as a spoil of war. Moreover, Israeli settlements over West Bank and Gaza Strip are illegal under international law as they violate Article 49 of the Fourth Geneva Convention, which prohibits the transfer of the occupying power’s civilian population to an occupied territory. For Israel, the peace process remains stalled as long as possible while it builds more settlements. Israel must know that the efforts of the international community for the peaceful settlement of the Palestinian issue and struggle of Palestinians against the Israeli plans is not likely to cease unless the Israeli violence was itself to cease. 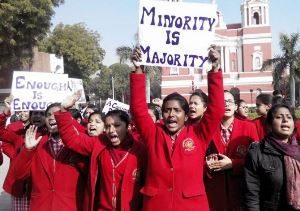 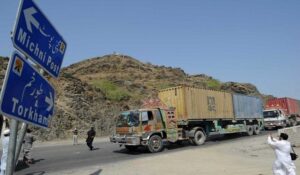