British Foreign Secretary Philip Hammond was obviously detached from reality when he suggested, on March 08, that issue of Jammu and Kashmir should not be a precondition for resumption of India-Pakistan dialogue and emphasized the need for reopening of talks between the two countries. He restated the obvious that an India-Pakistan dialogue is essential for long-term economic development, peace and security in the region. A prompt comment came from All Parties Hurriyet Conference leader Syed Ali Geelani. He termed the statement of British Foreign Secretary as inappropriate and added: “British government played a key role in creating Kashmir issue”.

Though advice for recommencement of dialogue is saner one and is reflective of the desire of the UK to see peace and stability in the region, suggested parameters are faulty. Proposal that Kashmir should not be a pre-condition for resumption of Pakistan-India dialogue, that too from the British foreign minister, was disappointing.

Any historic scrutiny into origin of Kashmir conflict leads to culpability of the British Crown representatives in India. Who would know better than Hammond that Kashmir dispute was wilfully engineered through machinations of the last Viceroy Lord Mountbatten, who supervised the “Great Divide”. On pretext of fake and fabricated accession letter from Maharaja of Kashmir, Viceroy authorised air lift of Indian troops to mercilessly supress the popular uprising against the Indian intent to annex Kashmir by arm-twisting the Maharaja.

In the same context, earlier the Chairman of Boundary Commission Cyril Radcliff was pressured by the Viceroy and bribed by Nehru to alter the boundary award and give Muslim majority district of Gurdaspur to India because the only land connection between India and Kashmir passed through this town. The conspiracy was well orchestrated under the tutelage of the Viceroy, who was dying for becoming the joint Governor General of Pakistan and India. After Pakistan’s refusal to accept him in that capacity, he crossed over to Indian side and towed the line dictated by Nehru-Edwina nexus.

Despite ruthless and disproportionate use of force, Indian failed to subdue pro-Pakistan sentiment in Kashmir. Seeing the impending takeover of Kashmir by the street power, India took the matter to the UN. Security Council passed the resolution, in January 1948, that decision about Kashmir’s joining Pakistan or India shall be based on the outcome of UN supervised plebiscite; India accepted the resolution and agreed to comply with its provisions. Since then, the UNSC has passed over a dozen resolution in pursuance to settlement of the dispute but India has been on the run; last such resolution was passed in June 1998.

Philip Hammond’s country has endorsed all these resolutions. It would have been more prudent for him to advice both India and Pakistan to take steps to implement these UN resolutions; he could have gone a step further by offering to become an honest broker for arbitration. This would have, at least redeemed the empire’s tarnished image in the context of mismanaging the nut and bolts of Partition of India Plan.

Philip’s advice also smacks of his country’s intriguing desire to keep the real issues, impacting Pakistan, outside Pakistan-India bilateral talks. Kashmir is the root cause of all problems between Pakistan and India and everyone knows that the two countries have fought four wars on the dispute. Gravity of the matter is all too well known to the students of international security who acknowledge it as nuclear flashpoint. For the first time Kashmir issue was include in the joint statement of recently concluded sixth round of Pakistan-US Strategic Dialogue. The exact wording of the US-Pakistan joint statement regarding Kashmir reads: “The United States and Pakistan emphasised the importance of meaningful dialogue in support of a peaceful resolution of outstanding issues, including Kashmir”.

The new shift in US policy increases the heat on India. Pakistan’s Foreign office has welcomed the recognition by the US that Kashmir was a dispute; said, Pakistan would continue to extend moral, political and diplomatic support to the Kashmiris till the implementation of UN resolutions.

There is growing realisation that genuine peace and stability in South Asia would remain elusive without meaningfully addressing this core issue as per aspirations of the Kashmiri people. While India is content with pursuing a flawed policy of containment through demeaning the people of Kashmir—with impunity, Pakistan is seeking a solution based on the principles of democracy by letting the people of Kashmir decide their destiny through free and fair polls. Principle of the right of self-determination is a universally accepted right, and people of Kashmir seek nothing beyond that.

Philip should also have been mindful of abysmal Human Rights Situation in the IOK, which lodges nearly a million-strong occupation troops and is sarcastically dubbed as most densely militarized conflict zone of the World. Brutal powers conferred on Indian security forces, through half a dozen draconian laws, throw-up shameless aura of impunity leading to an image of open cage, where Kashmiris live under an omni-present threat to their lives and dignity. Hammond should have taken a briefing on how UNHRC and other HR watchdogs have, over the years, commented on violation of international humanitarian law in IOK.

Pakistan has all along been flexible on the ways and means for resolving the Kashmir issue. Some Pakistan overzealous rulers went overboard in accommodating Indian position on Kashmir. General Musharraf had come to such a low that he ceded too much strategic space on Kashmir, thanks to India hubris that Pakistan was spared of a catastrophe of strategic dimension. The point is that India is not ready to go along even with favourable proposals just because they are initiated by Pakistan.

In the context of dialogue, mainstream view in Pakistan is that there should be even-handed progress in tandem on all issues between the two countries including the Kashmir dispute. Conventional view in India is that there should be progress only on those points that benefit India; and points that benefits Pakistan should either be kept off the table or obstructive approach should be followed to maintain snail’s pace.

An elaborate framework evolved for Composite Dialogue is still in place; it provides a forum for discussing all issues. However, India is keen to keep the dialogue process dormant. Every time when the two countries agree for resumption of dialogue, some incident is engineered by India to make a pretext to run away from talks. Pakistan hopes that the United Kingdom, which had the fundamental role in creating the Kashmir issue, would also urge India to shun the policy of dilly dallying and hold talks with Pakistan on the basis of sovereign equality, and discuss all issues including Kashmir. Dialogue is not a favour by one country to another, but a necessity to normalise relations. However, India considers even a visit or cultural/sporting exchange as a concession to Pakistan for which Pakistan must cede space. Hammond did well by urging both the countries not to allow non-state actors and other pressure groups to derail the peace process. Hammond may know that there has been no single occasion when Pakistan disrupted the dialogue.

Prime Minister Nawaz Sharif is keen for normalisation of relations with India on the basis of mutual respect and mutual interest, and is pursuing this policy with seriousness of purpose. Pakistan seeks uninterruptible and uninterrupted dialogue. Neither war nor disengagement is an option. Globalised world calls for active cooperation to address common challenges. Road to peace is always strewn with many impediments and requires courage to take difficult decisions. Peace is in mutual interest of Pakistan and India. However, it takes two to tango; and India cannot be given the right of veto over what should and should not be discussed.

According to 2015 report by Stockholm International Peace Research Institute (SIPRI), India ranked as largest arms importer globally which indicates that it’s pursuing hegemonic designs over neighbouring states. All that it is buying is Pakistan specific.

Pakistan really doesn’t need British foreign secretary telling how to conduct relations with India! Regardless of Phillip’s foolish advice, Kashmir shall always be on the agenda of Pakistan-India dialogue, whenever it takes place. It is Kashmir that defines parameters of Pak-India relationship and gives it forward movement. 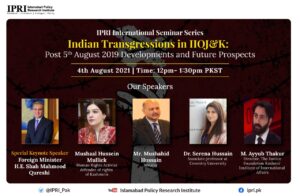 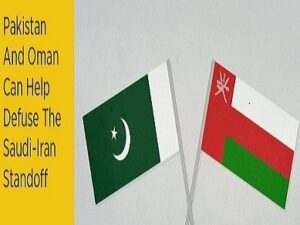 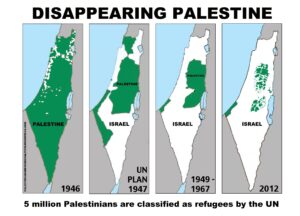 IPCC vs COP26: How Not to Address the Climate Emergency