We saw last week, that a Trump presidency would, at first sight, be rather bad news for the Afghan conflict and for US-Pakistan relations. But would Clinton, as president, do better? While the former First Lady and Secretary of State has a long experience of regional affairs, that does not mean she is an expert on the question. Among all great powers, some nationalist I imperialist ideology dominates. This ideology can be found even among serious analysts who make up the intellectual elite, and Hillary Clinton is definitely among them. In fact, interventionist neoconservatives are more likely to back her than Donald Trump.

Hillary Clinton’s foreign policy shows a preference for the assertion of American power, especially by force. Indeed, in the past, she appears to have consistently supported the choice of hard power on various issues; she supported the bombing of Serbia in 1999; she supported the Iraq war of 2003 and would have preferred to keep troops in Iraq; she also wanted to wanted to bomb Syria, and supported sending weapons to Syrian rebels; she supported the Libyan regime change, which created the present chaos. Finally, she is clearly not in favour of a continuation of the appeasement of Iran-US relations desired by the Obama-Kerry duo. She sees the use of military force as a tool of diplomacy. The problem with this policy is that it can “be considered partly responsible for the rise of AI Qaida and” the development of Daesh.

Regarding the Afghan issue, one can add that this classic American policy has enabled the creation, survival and the resurgence of the Taliban. In the late 1980s, Washington abandoned Afghanistan and its ally Pakistan, because it was not interested in a logic of opposition between great powers. It abandoned one country that was in ruins and another one that was facing big difficulties. The Taliban are the result of local security problems associated with this abandonment. Supported by Hillary Clinton, in 2002, Washington” abandoned the Afghan battlefield to better” prepare for the invasion of Iraq. The Taliban were able to survive the fall of their regime in late 2001, to strengthen their forces and become the major force that they are today.

But for Hillary Clinton and for prominent analysts in Washington, this decision has not really led to any questioning of US policy. Secretary of State Clinton illustrated perfectly the American reaction to the failures that were increasingly visible in Afghanistan: use Pakistan as a scapegoat for US mistakes. She is known in Islamabad as the voice of the US always asking it do “more” … a demand considered unfair by a country left to manage its own war against terrorism.

It is not certain that a Clinton administration would really be interested in Afghanistan. But if that is the case, it might be tempted to follow its interventionist instincts. And given the state of Afghanistan at the moment, a strengthening of military assistance, direct or indirect, may this time be a good idea.

Still, she could face a big problem very quickly: she will have to convince important countries in the region that they can trust her. Indeed, Hillary Clinton is opposed to China’s growing power in the region. The role of Clinton’s America, is to prevent the success of any competition. This position under Obama / Clinton is a continuation of Indo-American rapprochement begun under Bush, which also aims to oppose India to China.

The Clinton administration would also have to work hard to prove its good faith in Pakistan. In the Indian subcontinent, Clinton as Secretary of State was seen as clearly pro-India. One recalls her choice of systematic criticism of Pakistan, both ally of the United States, and scapegoat for the failures of the “hyperpower”;

In short, President Clinton may be viewed with suspicion by Beijing and Islamabad on the Afghan terrain. She would have to take substantial action to change that. Because without the support of Sino-Pakistani duo, it will become almost impossible to help stabilise Afghanistan. And it is clear that any renewed military engagement by the United States under Clinton in Afghanistan, or in the Central Asian region would also be viewed with suspicion by Moscow.

In fact, especially in this region, the best thing that President Clinton could do would be to preserve the legacy of John Kerry in Tehran, Islamabad and Kabul. Or even ask the latter to remain on as Secretary of State in her administration. Smart diplomacy that is open towards Afghanistan’s neighbours, combined with enhanced military aid, that would place the Taliban in difficulty, would probably be the best formula to see an inter-Afghan peace process emerge. 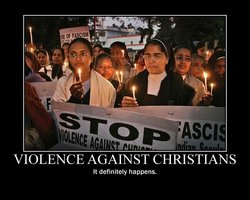 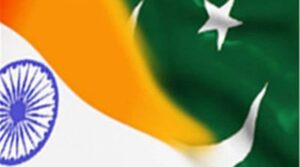 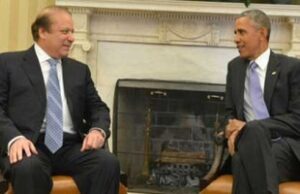