Strategic landscape in Afghanistan context is changing fast. Americans have long been working to go back on their promise of pulling out of Afghanistan. Crimean crisis came as a God-sent occurrence that helped enhanced marketing of the idea within American strategic community and its European camp followers.

The day President Obama announced extension of stay of his troops in Afghanistan, it was clear that peace had no place in the American thought process. Turmoil in Afghanistan also syncs well with Indian dream to sandwich Pakistan between Eastern and Western theatres, so as to keep its armed forces in a state of overreach and perpetually engaged status while maintaining pressure through proxy warfare for destabilizing Pakistan’s tribal belt and urban centres through sponsored terrorism. For this Kabul’s present political dispensation is gleefully playing in Indian hands, while Iran is jockeying to take position.

The US strategy for reverse paddling its drawdown hinged on: creating circumstances that justify Afghan government’s request to the US for augmenting its military deployment and broadening its scope of military operations from advisory to active combat. Erstwhile Murree peace process came in the way of this plan and was scuttled. Yet, Taliban were about to come to negotiation table, and to prevent this Mullah Akhtar Mansour was droned. Even then the successor leadership has indicated its readiness for talks.

Sirajuddin Haqqani, the deputy chief of the Afghan Taliban has said that the Taliban are open to negotiations: “The Islamic Emirate [of Afghanistan] is not opposed to talks… Our Political Commission deals with the issue of negotiations. If we were opposed to talks, we would have not formed this commission.” However, he rejected calls for entering into dialogue with the ‘powerless Kabul administration’.

America’s military partner in Syria and Libya—Al Qaeda—has extended its support to Taliban’s new chief. “As leader of the Al Qaeda organisation for jihad, I extend my pledge of allegiance once again”, Al-Zawahiri said. He had made a similar pledge to Mullah Mansour as well. It is difficult to ascertain of whose interest he is serving through such messages of allegiance— boosting Taliban or providing justification for expansion and extension of American military mission in Afghanistan.

Even though jigsaw was falling in place, in an indecent haste and without waiting for formal request from its proxy Afghan government, President Obama has abandoned his troop withdrawal plan, and has instead allowed the American troops to undertake combat missions against the Taliban. America wants to enhance and perpetuate its military presence in Afghanistan. Its proxy Ashraf-Abdullah duo is fully on board as they are the beneficiaries of continued turmoil in Afghanistan. Peaceful Afghanistan would throw up a political dispensation that would erode their power.

Independent analyst are now reaching a consensus that at some point US will demand a direct Indian military role in Afghanistan.   For which India is busy making logistical arrangement through the Chabahar Port. More importantly, the upcoming Logistics Agreement with the US will come extremely handy if the Indian forces get involved in a military role in Afghanistan.  The US military bases in Afghanistan, would provide back-up for any Indian military. In reciprocal terms, Indian military bases would become accessible to the US forces. America has also decided not to permanently close any of its bases in Afghanistan; some of these would ostensibly maintain semi-dormant status, with adequate readiness to assume full operational role within a few days.

However, defence secretary Ashton Carter has confirmed that Obama remained willing to review security in Afghanistan and its impact on force levels. “He is expected to do that at the end of the year. “Everyone has interest that our effort there is sustained,” Britain’s Defence Secretary Michael Fallon told reporters. “That’s why the troop numbers are being looked at again … This is the wrong time to walk away from Afghanistan.”

NATO Secretary-General Jens Stoltenberg said several nations have also committed to a troop presence next year in Afghanistan. “With a regional presence, we will continue to advice, train and assist the Afghan national forces because we are very committed to continuing to support Afghans,” Stoltenberg said.

United States and Afghanistan want use of force against Taliban, which effectively means no peace at all in years to come. Adviser to Prime Minister on Foreign Affairs Sartaj Aziz recently said that Pakistan wanted peace in Afghanistan and that Pakistan would continue to pursue the objective in close consultation with Afghanistan government and other members of the Quadrilateral Coordination Group (QCG). In this context, Pakistan believes that effective border management is vital for checking the infiltrations across long and porous Pakistan-Afghanistan border. Pak-Afghan border is long enough to allow the easy movement of the militants. Presently the border exists on paper only. Guns, drugs and every conceivable type of smuggled goods shuttle to and fro unhindered.

Pakistan’s sincere efforts for border management are being sabotaged from across the border. If Pakistan and Afghanistan are to ever get a handle on the movement of terrorists and arms between the two countries, they have to become serious about border control. Afghanistan would have to decide whether it wanted to support Pakistan’s efforts for peace in the region or play someone else’s game in the region.

The US is co-opting India as a full partner in the rebalance strategy, which of course would pit India against both China and Pakistan. The US counts on India to join the effort to disrupt the China Pakistan Economic Corridor (CPEC) and frustrate the strategy by China and Russia to create a Eurasian economic bloc. The echoes of the US’ rebalance are now being felt in various parts of Asia. To achieve this objective it is necessary that war in Afghanistan becomes a credible alibi to beef up the US military presence in the region, one objective being to intimidate Pakistan and to break its partnership with China.

The US-Indian estimation seems to be that through a policy of systematically decapitating the Taliban both in the field and at leadership level, it will be possible to splinter the movement and weaken the insurgency to a point that the Afghan government could dictate the terms of a settlement.

The Afghan Taliban have warned Obama that his decision to remove some restrictions on American forces in Afghanistan will result in more American casualties and waste of its resources. In a Pashto-language statement released on June 11, the Taliban condemned the extension of US troops’ presence in Afghanistan, and said, “The US cannot win this war even if it prolongs it for 100 years.” The statement further said that President Obama’s move will bear the same results as his decision to increase US troop presence in 2010: “That decision was misplaced and you lost everything you expected to achieve.”

Seeing these erratic developments, 13 retired American generals including Stanley McChrystal and David Petraeus have written an open letter to White House, carried by the National Interest magazine on June 3. These generals wrote, “Unless emergency conditions require consideration of a modest increase, we would strongly favour a freeze at the level of roughly ten thousand US troops through January 20. This approach would also allow your successor to assess the situation for herself or himself and make further adjustments accordingly”.

If Hillary makes it to White House she will have to redo many good things she did as Secretary of State, if Trump makes it, he will consume first term in understanding the dynamics. Either way, the Afghan conflict is here to stay for quite some time, even if lacklustre peace process lingers on. Pakistan should redouble its border and refugee management efforts, it may be beginning all over again! 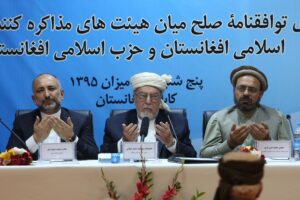 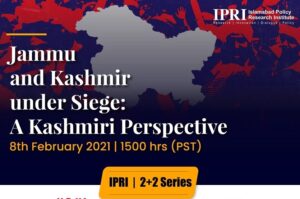