Pak-US relationship has always been an interesting subject. Has anyone seen the sole super power getting too much frustrated by any single country? That is Pakistan. The dilemma for Pakistan gets multiplying day by day as “do more” shadow is not prepared to leave the country. How could a sole super power expect Pakistan to do all as per its long wish list. The US desire of getting Afghan imbroglio fixed by Pakistan seems unrealistic as Pakistan and the US possess different state capabilities and the onus should be on the US to fix it.

Having taken events from January to June 2016 including drone strike inside Pakistan that killed Mullah Mansoor, it seems that Pak-US relations are going to experience yet another downward trajectory. The US has once again started twisting Pakistan’s arm by putting at halt the deal of fighter F-16 jets, which could tell thousand stories of how the US has not learnt from the history while dealing with Pakistan. While on the other hand, the US-India defense cooperation has been increasing over the last decade, which makes the US a definite spoiler in an already volatile region of the world, i.e. South Asia.

The US President Barack Obama, time and again, has expressed that India is one of the US’ important associates in the 21st century. The US association with India can possibly change the balance of power in Asia and the world with their consolidated political, strategic, monetary, and military capacity. The US must understand the sensitivity of the strategic balance in the region where three nuclear powers, i.e. Pakistan, China, and India exist with Afghan quagmire still there. Initially, Pakistan was to seal the deal worth US$ 699 million for eight F-16C/D Block-52 multi-role fighters (2 C and 6 D models) with the US. But as usual, the US congress has made the deal conditional by alleging Pakistan of not doing enough what’s necessary to end the Haqqani network on its soil and in addition has shown apprehensions about Pakistan’s atomic programme, especially strategic weapons and the range of Shaheen III missile. This is a perception which is being promoted by the strong Indian lobby in the US Capital. The Indian lobby has long been apprising the US lawmakers about blocking aid and sophisticated weapons including F-16s to Pakistan.

The type of efforts that Pakistan has started against all factions of the Taliban is unprecedented in the history. Pakistan has also demonstrated that its nuclear programme is safe and secure. The US congress should rather question Indian missiles’ range, if it really wants a peaceful region. Had the US put any conditions on India when both states signed defence deal and waived India over its entry into Nuclear Suppliers Group (NSG), the entity which was primarily created in response to 1974 Indian nuclear tests? Also, Lockheed Martin, the developer of the F-16, as of late had offered to move its production line to India from the US to bolster the Modi government’s “Make in India” programme. This is how international politics works indeed. Anarchy prevails and the sole super power benefits.

Also, India has been working hard in finalizing Rafael jet deal with France. India is getting every weapon and Pakistan is being asked to submit to India, which would never happen as Pakistan would and should explore different alternatives to meet its security needs, if the arrangement for F-16s did not emerge with the US. People of Pakistan want a fresh dealing with the US, which must put an end to senior-junior relationship. The government of Pakistan must pay heed to its people’s cry as the US seems in no mood of leaving its habit of squeezing Pakistan once either its objectives are served or priorities change.

Notwithstanding the fact, Pakistan remains a state of crucial relevance to the region. The US interests in the region would continue even after the complete dismantling of the Taliban as unlike the cold war the US is now running the world in a globalized world where regionalism matters and for that South Asia with countries like Afghanistan, Pakistan, India, and China shall always be on the top foreign policy priority of the world’s struggling super power. So what actually is the outcome of the future Pak-US relationship? In the words of Daniel S. Markey of the Council on Foreign Relations (CFR), it “is anything but clear. A clean break between Pakistan and the US seems unlikely, despite simmering disagreements over a number of issues.”

Note: The article was carried by Pakistan Observer on July July 17, 2016. 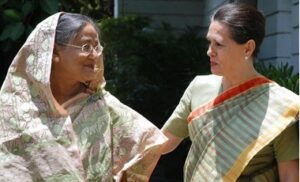 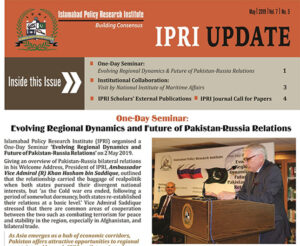 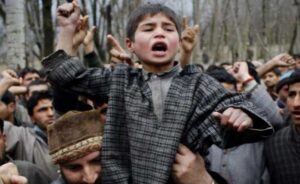 Antediluvian Life in the Modern Age