Pakistan last month signed the Memorandum of Obligations (MoOs) at the SCO Summit in Tashkent to obtain the full membership of Shanghai Cooperation Organization. The process of granting full membership of SCO to Pakistan got underway in Ufa during Prime Minister Nawaz Sharif’s visit in July last year.

Since its inception in 2001, SCO has emerged as a regional force, gaining key place in the Asian security dynamics. Two of its members Russia and China are the permanent members of United Nations Security Council. The Shanghai Cooperation Organization (SCO) being a Eurasian political, economic and military organization has the vision to counter three evil forces: separatism, extremism and terrorism in the region.

Besides increased military cooperation among member states, the organization has been working on economic issues with particular concerns towards energy security for the entire region. After Pakistan, the prospective entrance of Afghanistan, Belarus, Mongolia, India and Iran as permanent members in coming years, the SCO might evolve into an even more important player in world politics by going beyond its regional reach.

SCO’s permanent membership opens up various gateways of opportunities for Pakistan. The economic and political interests of SCO are now expanding to the South Asian region. The main focus of SCO is on non-traditional security challenges, the fragile situation in Afghanistan, issues of regional stability and economic development. Regional powers have the utmost desire to transform this region into trade hub by using historic routes that includes Pakistan and its neighboring countries.

On diplomatic front, SCO permanent membership for Pakistan diversifies its foreign policy options, enabling it to play more effective role in the regional stability. Also, the vision of SCO of combatting separatism, extremism and terrorism is very close to the counter-terrorism narrative of Pakistan. SCO countries have been tackling issue of terrorism through institutionalized platform; and Pakistan can help contribute its efforts proposing a joint regional framework for the experience it holds in this regard.

Seeing the conflictual situation of South Asia, inclusion of Pakistan and India in SCO certainly calls for efforts in maintaining regional peace and stability. There are issues specifically between South Asian powers i.e. India and Pakistan which are preventing an environment of cooperation and harmony to exist. The Umbrella presence of SCO could help reduce tensions, urging states to observe ‘Shanghai Spirit’, hence playing a constructive role in South Asia.

Pakistan has added values to be a permanent member of SCO due to its strategic and geographical location. Pakistan is considered a natural ally of SCO, for its ideal location and as a source of regional economic integration. The significance of Pakistan as permanent SCO member is based on the Pakistan’s potential as a viable trade corridor for the landlocked Central Asian Republics, China and other members. Chinese assistance in developing the China-Pakistan Economic Corridor in Pakistan (CPEC), developing Gwadar Port and Kashgar as a special economic zone, upgrading the Karakorum Highway (KKH) and linking Gwadar with Kashgar and Central Asia via the KKH are steps being taken with the SCO’s efforts to create trans-continental overland connectivity. At the moment, Pakistan alone can promise an economic turnaround to the entire region.

Situation in Afghanistan is one of the main concerns of SCO member states. The fragile and volatile Afghanistan is a threat to the plans laid out for regional stability and cooperation by SCO. Russia and China have been supportive of establishment of peace in Afghanistan. However, these states consider Pakistan as a key stakeholder in the Afghan situation. Pakistan has stated peace as incumbent to the development in Afghanistan, calling the process to be Afghan led and owned. Also, as Afghanistan wishes to be a member of SCO, it has to fight this menace as a contribution to regional cooperation. And stable and peaceful Afghanistan holds altogether a different meaning for SCO as it would then be a country which could contribute positively to its regional ambitions.

While evaluating Pakistan’s case, it has all the requisite credentials — a constructive role in Afghanistan, successful campaigning against terrorism, extremism and separatism, promising and prospective energy and trade corridor for the region, historical and cultural ties with Central Asian Republics, close strategic and economic ties with China, and growing relations with Russia — that supports Pakistan’s enhanced presence at the SCO.

SCO membership would enhance Pakistan’s stature in the diplomatic ranking of the region, provided if Pakistan plays its cards well. SCO is much bigger platform and had proven its effectiveness in conflict resolution and prevention mechanisms. Pakistan can consider SCO as an alternate forum to resolve its disputes with India. SCO membership can address Pakistan’s regional interests related to security architecture specifically, enabling it to acquire an important position in SCO’s 2015 to 2025 vision. However, Pakistan must prepare itself to avail the opportunities offered by the SCO through best diplomatic means. 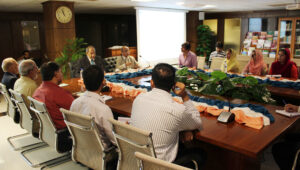 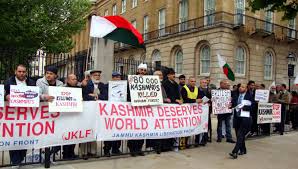