THE SAARC Conference was held from August 2-4, 2016 in Islamabad on the sidelines of which the 7th SAARC Home Ministers meeting also took place on August 4, 2016. The meeting was taking place in a conducive and friendly environment when suddenly it took a major turn due to bitterness and blame game started against Pakistan by the Indian side. The Indian Home Minister Rajnath Singh transformed SAARC-South Asian Association for Regional Association into forum of Regional Confrontation. It was the first high-level visit of Indian Official to Pakistan since Modi’s visit in December 2015.

The Indian HM visit comes in the backdrop of growing Pakistan-India tensions over unrest in Kashmir. Earlier, Foreign Office had planned a Pakistan-India Home Ministers bilateral meeting on the sidelines of conference but later it was cancelled, firstly because India was already facing international pressure due to Kashmir so it avoided one-on-one talk with Pakistan to avoid Kashmir agenda in the talks. Secondly, India wants bigger role and hegemonic status in South Asia so it never wanted to miss this opportunity of SAARC meeting, so it was inevitable to visit Pakistan.

In fact, the behaviour of Indian HM at the SAARC meeting has strained Pakistan-India relations further. Indian HM must have projected a work oriented agenda and should have acted shrewdly in this SAARC meeting before anticipated visit of Indian Prime Minister Narendra Modi to Islamabad for the SAARC summit in November 2016. His attitude could have opened prospects for a potential meeting between the two Prime Ministers at the sidelines of SAARC summit in November. The pointless nitpicking and baseless accusations against Pakistan by the Indian HM in the SAARC meeting has undermined India’s diplomatic efforts at regional level. The possibility of bilateral talks between home ministers of Pakistan and India could have resulted in the beginning of a new era of talks and bilateral relations between the two countries.

The SAARC platform aims to boost ties and cooperation between member states. But Indian hostility towards Pakistan has hampered efforts to transform eight-member SAARC into a useful forum for cooperation in South Asia. It can be said with despair that it is due to Indian aggressive policy in Kashmir, cancellations of bilateral talks with Pakistan and delaying tactics in settling disputes with other regional countries that have jeopardized SAARC from achieving its real objectives.

Even this SAARC meeting could not go beyond repeating generalities and resulted only in bringing forth recommendations of the interior/home secretaries for issuing three years validity SAARC Visa Exemption Stickers to the GS Staff working at SAARC Secretariat and updating forum on national initiatives to implement various SAARC conventions, including the SAARC Convention on Narcotics Drugs and Psychotropic Substances, SAARC conventions relating to trafficking in women and children and promotion of child welfare in South Asia. On offer of Sri-Lankan delegation, 8th Interior/Home Ministers and Secretaries meeting would be held in Sri Lanka next year.

Let’s hope that next time, regional countries like India put aside their nationalistic agend as and cooperate to adopt more tolerant & peaceful approach towards others because SAARC has much more potential to achieve in economical and geo-political sphere if it resolves it’s long standing intra-regional disputes and promote agendas of regional harmony, peace and economic integration.

The article was carried by Pakistan Observer August 18, 2016. 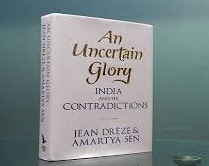 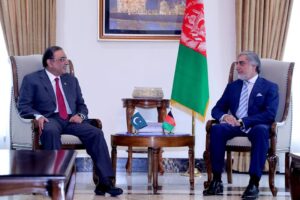 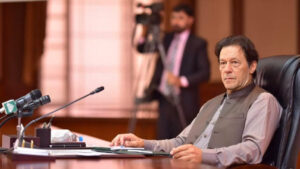