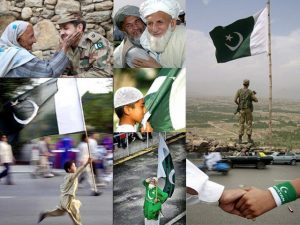 Resilience is a behavioural response to sudden, mounting odds.” Resilience is significant in the life of a nation. To survive in an anarchical world order, to counter inimical forces, as well as natural disasters, every nation, needs to have some degree of resilience. Thus, Resilience is the innate strength, which enables a country to stand up against crisis, and fight back the odds. Pakistan, located at the crossroads of Central and West Asia, the Persian Gulf and the Middle East has been of interest to local as well as foreign scholars.

Some view Pakistan as a fragile state, while there are others’ who visualize Pakistan as a resilient nation, capable of defying odds. Pakistan has remained part of important global developments. Whether, it was the Cold War, Soviet invasion of Afghanistan, or the War on Terror (WoT), Pakistan held significance for regional as well as global players. In the recent One Belt One Road (OBOR) initiative, Pakistan’s Gwadar port and China-Pakistan Economic Corridor (CPEC) have raised Pakistan’s regional standing.

Seen Pakistan’s journey since independence, the regional environment and circumstances were hostile. India was opposed to Pakistan’s creation, and Afghanistan initially did not recognize Pakistan. With the passing years, this hostility aggravated and Pakistan had to confront anti-state elements. Pakistan fought wars with India (1948, 1965 and 1971), a limited war at Kargil and number of border skirmishes across the Line of Control (LoC). In 1971, Pakistan confronted the Indian sponsored insurgency in former East Pakistan. Even today, the insinuations of mistrust are a major hindrance in regional harmony.

The terrorist attacks in which the places of worship of Muslims and non-Muslim have been targeted no doubt have created an environment of terror. The hidden agenda is to create rift/hatred among the various segments of the Pakistani society. The minority groups to some extent have been antagonized. The radicals are being used as tools for motivating public opinion; using propaganda and money to cover up their terrorist activities, both overtly as well as covertly. Pakistan has raised its voice over Indian involvement in Balochistan with the United Nations. Prime Minister Nawaz Sharif also shared a copy of the dossier with Secretary John Kerry during his visit to the US in October 2015.

The regional as well as international environment has not been that conductive for Pakistan. Pakistan is being viewed with the “dogmatic lens” of extremism. The Soviet invasion of Afghanistan and the US led War on Terror (WoT) are the two major events which have compounded security challenges for Pakistan. The influx of Afghan refugees burdened the Pakistani economy. The projection that the radical forces have made inroads in the Pakistani society are primarily to weaken the societal resilience. Terrorism has been employed as a tool to weaken Pakistan, and malign the country’s image at the international fora.

The terrorist attack on APS Peshawar, in which, children were killed was one of the darkest day in the history of humanity. The survivors of the Peshawar school attack, who saw their school friends killed are still going to school. The school children in Pakistan have not given up their education. Seeing the Pakistani society in the broader perspective reflects a liberal/balanced outlook. The people of Pakistan are not extremists; violence is rejected in all its forms and manifestations.

Pakistan is steadfast in its fight against terrorism. The perpetrators behind the anti-Pakistan campaign should know that the Pakistani nation is not aloof; they as a nation are united against terrorism, and will fight back. The politico-military unanimous anti-terrorist drive, military operation “Zarb-e-Azb” launched against the miscreants speaks of the valour and resilience of the Pakistani people. 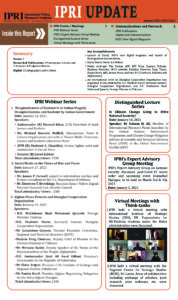 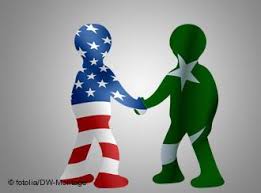