During June 2015 visit to Bangladesh, Modi made a startling confession of an otherwise known reality that Bangladesh came into being largely due to Indian covert support to separatist elements and overt military aggression. India has never reconciled to the reality of creation of Pakistan. Irrespective of the party in power, there has been a persistence effort to demonize it on one count or the other and encourage dissident elements to follow disruptive pursuits. In 1970, Sheikh Mujeeb-ur Rahman was India’s favourite Pakistani, and these day Brahamdagh Bugti is the choice for hobnobbing. While Switzerland is about to expel Bugti, Modi is dying for giving him political asylum.

Pakistan-India-Afghanistan relationship touched a new low with the provocative and snappish statements by Prime Minister Narendra Modi and President Ashraf Ghani during the Heart of Asia Conference (HOA) in India on December o4. Narendra Modi’s desperation is understandable, his myopic quest to isolate Pakistan and project it as sponsor of terror is leading him nowhere. Expected and unexpected countries are coming forward again and again to defend Pakistan. Russia, a traditional ally of India is now in the forefront in defending Pakistan’s role in global counter terrorism effort. President and Vice President-elect of the US are keen to mediate on Kashmir issue.

Likewise, Ghani’s anxiety stems from his almost dysfunctional government’s inability to tackle wide spread insurgency in rural Afghanistan. Ashraf Ghani was expected to provide innovative and dynamic leadership for safe steering of his country during the much touted decade of transition. Afghanistan is nowhere close to the benchmarks of political, economic and military domains of transition. Afghan President has found an easy way out by blaming Pakistan for his government and societal level failures.

Narendra Modi has himself been personally involved in terrorist activities. During the Gujarat Carnage of 2002, as Chief Minster he ordered police to let Hindu mobs attack Muslims so as to enable Hindus vent their anger, a police officer who was present in one such meeting had submitted an affidavit to this effect in an Indian court. The police officer later withdrew the statement under duress. Carnage spread over three days left over 1000 persons dead, mostly Muslims. Presumably, for his connivance in the carnage, Modi was barred from travel to the US and the UK.

Ashraf Ghani is faithfully doing poodles to Modi at the cost of vital interests of Afghanistan. Ghani was catapulted to Afghan Presidency in, through controversial election, with a prior understanding to endorse Bilateral Security Agreement with the US resulting into prolongation of stay of about 10,000 American/NATO troops in Afghanistan. According to Taliban, any intra-Afghan peace process would be a non-starter in the presence of foreign forces in Afghanistan. Since assuming presidency, he has not done anything worthwhile to control the widespread insurgency within his country and is always keen to point fingers towards external bogie—Pakistan.

Pakistan alongside Turkey had made major contribution towards institutionalizing the arrangement of Heart of Asia Conference six years ago by enlarging the Istanbul Process. As the basic purpose of HOA is to stabilize Afghanistan, Pakistan has abiding interest in the process. Hence, Pakistan’s inclination to remain a part of the process is understandable. Not attending the HOA could have left the venue open for Modi-Ghani to utter whatever they chose. However, keeping in view the ongoing tensions, such a happening should have been anticipated by Pakistan’s foreign office and a counter strategy should have been in place— may be a symbolic walkout could have spontaneously registered Pakistan’s point of view. Press conference on return had only limited utility. Moreover, by cancelling a meeting with Ghani on sidelines, Sartaj Aziz could have sent a clear message to him and his cohort.

Expression of support for Pakistan came from Russia alongside Iran and China. Earlier at Goa also, China and Russia had come to Pakistan’s defence with regard to Modi’s comic remarks in the context of terrorism. Interestingly, Russian envoy Zamir Kabulov was in forefront to snub India during Amritsar conference. “India has close cooperation with the US, does Moscow complain? Then why complain about much lower level of cooperation with Pakistan.” Kabulov said while referring to Modi’s remarks about Russia-Pakistan joint military exercise, in September 2016, in which about 100 Russian troops had participated. More disturbing for Modi was Iran’s offer to mediate. Iranian Foreign Minister Javad Zarif said: “If Iran can be of any help to any of them, we stand ready because these two neighbours are extremely important to us.” Similarly, Chinese delegates called Pakistan as “inseparable for the peace efforts in Afghanistan.” Modi should reconcile that he won’t be able to isolate Pakistan merely by overstressing his vocal folds.

To facilitate stabilization of Afghanistan, it is important that venues of Heart of Asia events are not overshadowed by bilateral or trilateral irritants; numerous other forums exist for such purposes. Such approach is, however, more likely to reverse paddle international efforts towards bringing sustainable calm to Afghanistan. The HOA Joint Declaration focused on three major points: “countering terrorism to create stability and security in Afghanistan; providing Afghanistan connectivity to strengthen economic activities; [infrastructure related] development. Pakistan subscribes to all three issues.

President Ashraf Ghani, turned down a Pakistani offer of $500 million for the Afghanistan Reconstruction Fund: “This fund, Mr Aziz, could very well be used for containing extremism because without peace any amount of assistance will not meet the needs of our people.” This kind of diatribe directed at a conference delegate is not an accepted norm of international diplomacy.  Though Indian and Afghan leaders had met earlier to formulate a joint strategy to raise the issue of countering terrorism to malign Pakistan, but even then Indian official were “surprised” by Ghani’s absurdly direct “attack” on the Pakistan’s top diplomat. “Heart of Asia is the right place for settling scores between member states,” said Zamir Kabulov. “We believe that Heart of Asia is a dialogue platform which can complement but can’t supplement the existing well-known regional relations,” he added.

Afghan people have bravely struggled against external invaders. Despite successes with regard to every time forcing a recoil on foreign invaders, Afghanistan has become a weak polity marred by societal fissures.  Due to stresses emanating out of frequent break out of violence of various shades, usual ethno-sectarian fault lines have become touchy and violence prone.

Ashraf Ghani also went overboard while stating that insurgency would not survive a month if it lost its sanctuary in neighbouring Pakistan. Being a Pashtun, no one could understand better than Ghani that insurgency in Afghanistan would not last a day if he asks the foreign forces to leave his country.

Even though violence has heightened in Afghanistan, blaming another country for it won’t help. Taliban’s ability to conduct attacks against high value targets in most of Afghan urban centers indicated their rising power, and hence relevance in any peace process in Afghanistan. Pakistan has always kept their borders open for their Afghan brothers and even now accommodates a huge number of Afghan refugees without much help from the international community. Afghan people have invariably preferred Pakistan, over other neighbours during all conflicts. A win-win approach could be to deepen cooperation and avoid a blame game.  Afghan conflict is quite complicated, all military efforts to resolve it have bogged down. Only viable option is a politically negotiated settlement.

Notwithstanding, it is indeed a moment for self-reflection for Pakistan to find out why its Afghan and India polices have bogged down to handling only day-to-day firefighting.  Indian ability to carry along almost all SAARC members to stay away from the SAARC summit should have initiated a process of re-evaluation and course correction. Nevertheless, such reappraisals are never too late to begin. 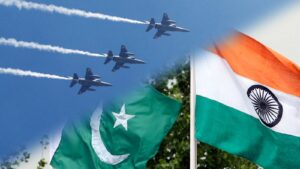 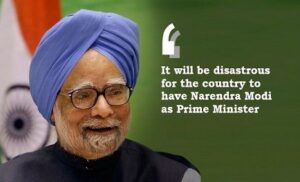