The salient points are as below:-

IPRI side made following points:-

Ms. Laura Dix questioned about the firing across the Line of Control (LoC) and the prevailing unrest on both sides. IPRI representatives replied that the violations across the LoC were deliberate attempts by the Modi government to deflect world attention from Indian atrocities being committed in IHK. Further, it was underscored that being an active former member of Rashtriya Swayamsevak Sangh (RSS), Modi views the regional relations/issues with an extremist lens. The anti-Muslim rhetoric was the pushing factor behind Modi’s belligerent policy.

Ms. Laura asked about the India-Pakistan relations and the regional balance. It was stated that despite Pakistan’s smaller size, the country’s nuclear capability offered New Delhi tough competition. Pakistan’s strategic muscle was a balancer against Indian hegemonic domination. It was also pointed out that the West’s support to India, in particular, the latter’s entry in the Nuclear Suppliers Group (NSG) to the exclusion of Pakistan could disturb the balance of power in South Asia The US-India strategic partnership and logistic agreement have reinforced the arrogance of India’s leaders. Despite India’s non-NPT (Nuclear Nonproliferation Treaty) status, the country had been offered concessions in the NSG and uranium sale agreements, which are negatively impacting strategic deterrence in South Asia.

Ms. Laura Dix appeared optimistic about India’s burgeoning economy and stated: ‘Indian bigger market is an attraction to the West’. In response, Pakistan’s geographical location, the Gwadar port and the China-Pakistan Economic Corridor (CPEC) were referred. It was pointed out that the emerging regional architecture, in view of the energy connectivity projects have raised Pakistan’s regional position. Pakistan’s Gwadar port, located at the Arabian Sea and the CPEC provided the shortest route to Central Asia. The CPEC will connect China, Pakistan, Central Asia, Caucasus and Russia, thus, making Pakistan a regional pivot. It was stated that to draw related economic benefits from the CPEC, instead of opposing it, India should join this mega project.

Terrorism. Ms. Laura appreciated the operation Zarb-e-Azb. She said Hafiz Saeed had been arrested, and asked whether the arrest was a part of efforts to dismantle terrorist groups? IPRI representatives replied that Pakistan rejected militancy in all its forms and manifestations. The insinuations linked with Pakistan’s counter terrorism drive were part of a simmering campaign to downplay the country’s struggle against terrorism and weaken its regional position. The war on terror was being fought by Pakistan in the light of the UN resolution on the subject. It was emphasized that Pakistan’s sacrifices and achievements in the war on terror should be appreciated by the international community instead of looking at Pakistan’s role in this war with scepticism.

Afghan Situation. It was underscored that the peace in the country was essential for regional connectivity as well as prosperity. It was stated that some regional players have complicated the Afghan situation. India was a spoiler in Afghanistan and it was using Afghan soil for subversive pursuits in neighbouring Pakistan. In reply to Ms. Laura’s remarks that there was no proof against India supporting terrorism in Pakistan, her attention was drawn to a report of US General Stanley McChrystal, former Commander of US forces in Afghanistan, earlier sent to the US Senate. The report mentions that, “India in Afghanistan was creating difficulties for neighbouring Pakistan”. In this context an earlier statement of Chuck Hagel, the former US defence secretary saying that “India financed problems for Pakistan in Afghanistan” was also quoted. It was also stated that the arrest of Indian intelligence operative Kulbhushan Singh Yadav from Quetta and his confession that his task was to support terrorism in Pakistan is a clear proof of India’s subversive pursuits. It was emphasized that for peace in Afghanistan, Pakistan supported an Afghan owned and Afghan led peace process, in which all ethnic groups of Afghanistan are represented.

Conclusion. India is a regional Hegemon, it has been trying to coercively suppress the Kashmiris’ freedom struggle. India’s regional ascendancy, in the backdrop of the strategic partnership with the US has reinforced extremism. Indian ingress in Afghanistan is detrimental to regional peace. 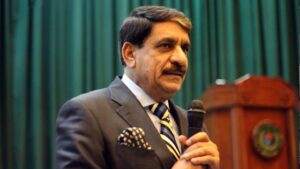 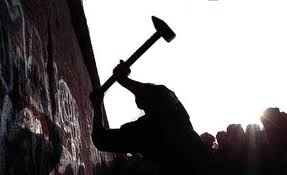 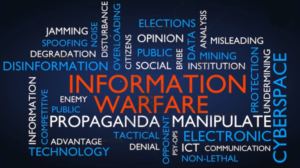 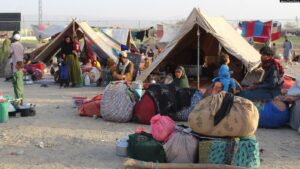 Need to address refugee fissures in the heart of federal capital