Since the beginning of 2017, Pakistan has suffered series of terrorist attacks. There has been large number of civil and military personnel casualties. The intensity of recent attacks is much bigger in scale and magnitude. The terrorists targeted all the provinces and major cities that include Peshawar, Quetta, Lahore, Karachi, Sehwan Sharif etc. After the successful military action through Operation Zarb-e-Azb, the security situation has been considerably under control in the last two years but the recent series of terrorist attacks has shaken the whole nation. The failure to implement the National Action plan (NAP) has helped terrorist outfits like Jamaat-ul-Ahrar (JuA), Lashkar-e-Jhangvi (LeJ) etc. to continue their terrorist activities in Pakistan. The Interior Ministry has not banned some of the sectarian organizations as terrorist groups which have latter proved lethal for the country. The resonating narrative of terrorism being eradicated and the backbone of terrorists being dismantled has become a serious question in the context of current security situation in Pakistan.

The responsibility of February 13 Sehwan Sharif attack has been taken by Jamaat-ul-Ahrar. The Pakistan Institute of Peace Studies (PIPS) has warned the government about the increase in the terrorist attacks by JuA during 2016. USA has already placed JuA in the list of specially designated terrorist outfits and even the Baloch government had asked for its ban in August last year but the government was not convinced and delayed the ban till November 2016, after receiving confirmation from the Inter-Services Intelligence (ISI). Similarly, the sectarian outfit Lashkar-e-Jhangvi-al-Alami and TTP have claimed responsibility for the attacks in Quetta and South Waziristan (SW) respectively. An important development is the allegiance of breakaway faction of TTP, Khan Said Sajna group with the TTP’s group of Chief Mullah Fazlullah, which has parted ways over the question of leadership in 2013. They have reunited to declare jihad against Pakistani government and the state. It has been reported that the Sehwan Sharif attack was done by the local outfit LeJ that has pledged allegiance to Daesh’s Abu-Bakr-Al Baghdadi. The emergence of Daesh (ISIS) behind Sehwan Sharif attack is a matter of deep concern for the Pakistani government as ISIS was considered to be non-existent in Pakistan. Therefore, the government needs to shed its complacency and need to take serious action against these local terrorist groups and organizations before Daesh build strong footprints in Pakistan.

Another aspect is the Indian involvement in the resurgence of terror in Pakistan. India has an intention to isolate Pakistan at international and regional levels and had refused to attend the SAARC Summit last year which later paved way for its cancellation. As the things have been improving in Pakistan that includes Economic Co-operation Organization (ECO) summit being held, development of China Pakistan Economic Corridor (CPEC) and revival of sports through cricket matches. Therefore, India wanted to spoil the peace, economic development and gradual progress of Pakistan. Afghanistan and India have alleged Pakistan for regional terrorism and always blamed Pakistan despite their own weaknesses. It has been proved that the Indian consulates in Afghanistan are used for creating violence and instability in Balochistan, already claimed by the arrested Indian RAW spy Kulbhushan Yadav. It has also been reported that some of the local militant groups in Pakistan are being funded and provided patronage by Afghanistan’s National Directorate of Security (NDS) and Indian Research and Analysis Wing (RAW). Hence, the government of Pakistan should not let it soil be used by the proxies which are playing havoc for the country.

Since 2001, the government of Pakistan has launched numerous military operations such as Operation Rah-e-Rast, Operation Rah-e-Nijat, and now recent Operation Zarb-e-Azb to eliminate the terrorists by conducting intelligence based operations (IBOs) and combating operations in the tribal areas of Pakistan and after the announcement of NAP, military operations were also conducted in the urban areas such as Southern Punjab, Karachi etc. but the sudden increase in the terrorist attacks in 2017 has impacted the image of Pakistan not only in the Western circles but shaken the confidence of general public in the Pakistan’s security forces and the government. People have criticized the government for the inadequate implementation of NAP. The Pakistan Army has opined that it was failure of the civilian government to follow up the security situation and maintain peace and order after completion of the military operations. The issues such as political patronage of sectarian groups, proper regulation of madrassas, funding and sponsoring of extremist groups, capacity of law enforcement agencies (LEAs), legal reforms for prosecution of terrorists etc. have remained unresolved and eventually led to the present violence and terrorist attacks.

Thus, the prevailing security situation has urged the government of Pakistan to review its counter terrorism policies and to take special measures to destroy terrorist networks immediately. Recently a high-level meeting of the civil and military leadership was held to ensure proper implementation of NAP and for strengthening the anti-terror laws. It was decided to enhance co-ordination among provinces and the Federation on the issue of terrorism and to increase security measures at the Pakistan-Afghanistan border. The Punjab Government has granted special powers to Rangers for the Broad Spectrum Security (Counter Terrorism) operations against banned groups in Punjab. The military has also launched Operation Raddul Fasaad against the militants across Pakistan and to ensure the security of Pakistan’s borders. All these security initiatives have been taken by the government to step up efforts to get rid of terrorism and militancy from Pakistan and for the restoration of peace and stability in the future. 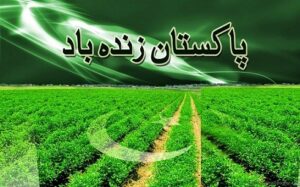