There is no denying the fact that human history has hardly witnessed a “great power” like the US in terms of economy, military, innovation, science and technology, democracy, and the diplomatic and political influence the country has around the world. American way of life has dominated the world for so long. The list of American greatness in medicine and science and technology is long and it goes on and on. There was a time when America came up with an idea of “new world order”, which was based on the hope that the US would lead the world with principles and equality in the world. It was the same US, which gave the “Marshal Plan” to reconstruct the war-torn Europe. People around the world have still been in massive lines in front of the US embassies in their respective countries to go to the US and work there and be its citizens. There is something about the US for sure, which has been a motivating factor.

Traditionally, different communities from different parts of the world have been the American strength. The US was known as a “mixing bowl” as every person embraced the US way of life and ceased to be an outsider. Such was the magnetic power of the US culture where talent from outside world made strides in innovations. Likewise, Pakistani doctors, especially surgeons have been doing wonders in the US. The American culture and traditions, i.e. diversity and inclusion remained the backbone of American strengths. But the way President Trump has been issuing orders to ban people of different states from entering the US; he has fundamentally been making America retreating from its old traditions and betraying from its values, which made America great in the world. It was American soft power that made the country great.

If one closely sees, President Trump has an analogy to the former President Ronald Reagan. Both are Republicans. Trump used the slogan of making America great again during his election campaign, which was a success as he is now in the Oval office. It was Ronald Reagan who had frequently used the very slogan of making America great again after the US was suffering from domestic economic stagflation in his 1980 election campaign. Reagan too came up as winner like Trump. Trump seems influenced by Reagan as it was Reagan who had increased the budget share for the Pentagon during 1980s and now we see Trump has also done the same. Reagan had the background of being an actor in the Hollywood and Trump is also known for owning the beauty pageant shows in the US.

The most important question is at what point in history America was great and at what point did it start becoming not so great that Trump wants to make the country reach that point again. Majority of Americans still cannot comprehend the slogan of “make America great again” as they feel as if their country has lost something that previously made it great. Obviously, that vagueness is what made it such an effective slogan. President Trump probably gave an impression that during President Obama’s tenure America went from being great to not-so-great. The US internal political history suggests that the Presidents are known by their signature statements in such a way that the impression went like the previous President did not do well for America. Obama had come with the slogan of “change”, which implied that the policies of George W. Bush were not in line with the American interests and he wanted to change those policies that made America look weak. Likewise, Trump came up with an idea of making America great again, which meant Obama was doing wrong with the “American dream.” But he did not specifically tell his voters what actually was that dream.

Nations including America have seen greatness and hard times but to measure “greatness” is unrealistic as it cannot be measured. Greatness comes from the fact that how outside world looks at the particular country. If exclusiveness is the greatness like Trump has been following, America is not going to be great in the world. Already, anti-Americanism is on rise around the world and with such policy of exclusiveness, the very trend of anti-Americanism would further get accelerated. President Trump is correct when he says there is a considerable mess in the US, which needs to be settled. However, the approach is wrong when he infers that it is about getting back employments from Mexico and China. But it is about imperfections in America’s own particular economy and approach. How could America be great when President Trump has proposed budget cuts in science, programmes that support education, funding to the national institutes of health, environment, and arts. 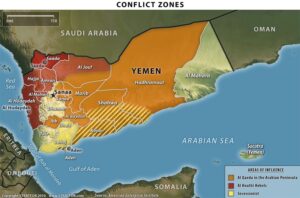