Afghanistan was again mourned by a terrible terrorist attack in Kabul on Wednesday, 31 May 2017. At least 90 people were killed and 461 wounded. More broadly, in Kabul alone since the beginning of 2017, there have been 11 attacks, causing 282 victims. And even without counting the latest terrorist attacks in Kabul, the Daesh terrorists are primarily responsible for commiting five attacks that have killed 137 people in Kabul since early 2017 alone. These are attacks from a group whose existence in Afghanistan was doubted three years ago. The Taliban, by comparison, had “only” 63 victims in the capital, and strongly affirmed that they had nothing to do with the bloody recent attack. What can be concluded is that Daesh is a transnational terrorist organization, while the Taliban remain Afghan nationalists. And Afghan nationalists who seek only power (or a part of power if they accept a peace process) in the country. The Afghan intelligence services said very quickly that the attack was carried out by the Haqqani network, a network that in the Afghan (and American) narrative is associated with Pakistan. We lack concrete evidence to form our opinion. We have said it in another article, we must take this type of statement with great caution. For the moment, this looks like a classic smoke screen by blaming Pakistan to turn away popular anger because of a security flaw. But the criticism of the neighbors will not necessarily work this time. This is seen in the Afghan media, naturally, citizens demand accountability from a government that is unable to ensure their security in the country’s Capital.

What Could France Do in Such a Situation?

Perhaps, the start should be accepting the fact that acting alone will necessarily have a limited impact. European coordination, or at least Franco-German coordination, is essential if Paris really wants to have an influence on events. Anyone who has spent enough time in “AfPak” knows that in Kabul as in Islamabad, German influence is very important. An influence that can be seen as superior to that of France, at least in certain fields. Combining Franco-German forces, and more broadly European, would collectively give us more weight.

A Franco-German cooperation would also force us to think and formulate a realistic strategy for Afghanistan and its regional environment. When one takes into account the latest developments, one understands that the priority of France in Afghanistan should be the fight against Daesh, and more generally, against any terrorist force that is against the idea of a peace process. It is within this framework that Franco / Euro-Afghan security cooperation should take place. The Afghan government has reconciled with the “Butcher of Kabul”, Gulbuddin Hekmatyar. Perhaps tomorrow it will give ministers or positions of governors to warlords from the Taliban, if a peace process succeeds. It is up to the Afghans to choose how to achieve peace. It would be presumptuous and illusory to opt, like the Americans, to return to a military option against all Afghan rebels. This did not work when Afghanistan was the successful Obama war, with strong international involvement. It would also be a mistake in a world where Syria, Iraq, even Ukraine are the main Western priorities. But France and the Europeans are in an international war against Daesh. This terrorist group is a danger for Afghanistan, but also for its regional environment. A French commitment targeting this terrorist group will therefore be widely accepted and even encouraged by countries such as China and Russia.

Wanting to help Afghanistan should also mean putting pressure on its government. We can not ask Afghanistan to become a country with perfectly functioning democracy overnight. The fight against corruption and other ills born of civil war, which has been going on since the late 1970s, will take time. On the other hand, we should be able to react when corruption and bad governance results into failure of the security forces. The scandal of “ghost soldiers”, which exists only on paper, partly explains the weakness of Kabul against the Taliban and Daesh.

The defense of Afghanistan is expected to be assured by 319,595 men in the second half of 2016. But according to information obtained by Associated Press, the actual figure would be 120,000 men. A French and European commitment will make no sense without a clear commitment from the Afghan government that the operation of the Afghan security forces must avoid such scandals in the future. And in general, they will operate in a transparent way, avoiding not only corruption but also human rights abuses. Afghanistan will be able to gain its security only by itself, by holding its territory. And for that, real and professional security forces are essential.

Finally, in order to positively influence the future of Afghanistan, France should develop better ties with Afghanistan’s two main neighbors, Iran and Pakistan. Our diplomacy has not understood the importance of these countries, and has often caricatured them in recent years. It is a fact that peace in Afghanistan is impossible without Islamabad and Tehran because of geopolitical reasons, economic compulsions and strong human ties between these countries.

It is time the time that Paris discards the analysts who think this part of the world as a battlefield between “gentles” and “bad guys”. The unrealistic vision of analysts and ideologists has too often influenced the Western opinion about Afghanistan and that is the main reason for the present state of the Country. 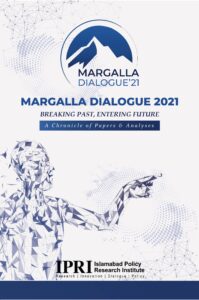 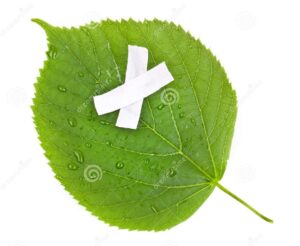