Speaking in the favor of the peaceful use of nuclear energy, Stephen Hawking once said, “I would like nuclear fusion to become a practical power source. It would provide an inexhaustible supply of energy, without pollution or global warming.” Pakistan’s own pursuit of nuclear energy through fission was underscored two months ago when Prime Minister Shahid Khaqan Abbasi inaugurated Pakistan’s fifth nuclear power plant called the Chashma-4 (C-4) with the capacity to produce 340 megawatts of electricity. At the plant’s inauguration, Mr. Abbasi remarked that “this power plant will help in fulfilling energy needs of the country and will also help in reducing environmental pollution.”

By way of comparison, Pakistan’s energy shortfall is typically pegged at 4,000 megawatts. As such, the C-4’s induction may appear to be a minuscule step (8.5 percent of the total deficit) towards closing Pakistan’s energy gap. Nevertheless, it is a step in the right direction. While Pakistan should continue to pursue various forms of renewable energy, including solar and wind energy, nuclear power offers unique benefits alongside these alternatives. Apart from being an inexhaustible supply of clean energy, nuclear power plants are often a more consistent source of power than wind, solar, or hydroelectric sources that depend on weather conditions. Given that Pakistan was recently named the seventh most vulnerable country to climate change, safely developing a consistent source of energy independent of climate conditions is a wise strategy in addressing Pakistan’s energy shortfall.

Besides the C-4 plant, Pakistan’s other four nuclear power plants contribute 1,030 megawatts of clean energy to the national grid. Two additional plants (the K-2 and K-3) are also under construction in Karachi and expected to come online in 2020 and 2021 respectively. This increase in nuclear energy is part of the government’s effort to manage increasing power demands and address a dire energy deficit in Pakistan. As a source of clean energy, Pakistan’s investment in nuclear energy can help the country meet its international commitments towards environmental protection.

Despite these benefits, the development of Pakistan’s nuclear energy sector does not come without challenges. The potential for environmental catastrophes, particularly in earthquake-prone portions of the country, and international concerns related to Pakistan’s diversion of civil nuclear energy to its nuclear weapons program threaten to undermine this crucial source of power for Pakistan’s economy. Yet, there are indications that Pakistan is prepared to manage the effects of a potential nuclear accident and to assuage international concerns regarding diversion. Given the severity of Islamabad’s energy crisis, Pakistan has an inherent interest in pursuing safe and efficient forms of civil nuclear energy and should continue investment in this sector. Moreover, international investors should financially contribute to the growth of Pakistan’s nuclear energy sector as a developing country with a crippling energy deficit.

An expanded civilian nuclear energy sector would enable Pakistan to fulfill various international commitments related to environmental protection, such as the 2016 Paris Agreement. While Pakistan has been criticized in the past for failing to do more to advance the objectives of the Paris Agreement, Islamabad’s push for sustainable nuclear energy demonstrates its commitment to reducing carbon emissions. Given Pakistan’s state as a developing country with a large energy deficit, international cooperation in the shape of funding for nuclear power and the transfer of clean energy technologies could assist Pakistan in further meeting international climate standards. This could ultimately help the international community meet one of the key objectives of the Paris Agreement in lowering global temperatures by 2 degrees Celsius by 2050.

Regarding the threat of environmental disasters or nuclear accidents, Pakistan has implemented several precautionary and safety measures involving the legal, regulatory, institutional, operational, and enforcement procedures within its nuclear power plants. According to Pakistani scientist, Dr. Samar Mubarakmand, nuclear plants in Pakistan are generally safer than other industrial sectors. In its 40-year history with nuclear power, Pakistan has had only one nuclear emergency in 2011, during which the plant’s emergency team was able to contain the leak in seven hours. While a single incident, the leak did demonstrate Pakistan’s ability to effectively respond to an environmental threat posed by nuclear power plants. However, as Pakistan seeks to expand its nuclear energy sector, safety measures should be heightened accordingly to take into account the potential for nuclear accidents in areas prone to seismic activity or near population centers, if any loopholes are still there.

Another concern for Pakistan’s expanding nuclear energy program is the potential to divert fuel from its civilian nuclear facilities towards its nuclear weapons program. To many Pakistanis, however, the dire state of Pakistan’s energy crisis mandates the exploration of civil nuclear power. Still, to avoid the perception of enhancing its nuclear weapons program, Pakistan has declared that it is “proactively engaged with the international community to promote nuclear safety and security.” In this vein, Pakistan recently applied to have its K-2 and K-3 reactors placed under IAEA safeguards, a request the international organization subsequently approved.

In sum, civil nuclear power represents a clean and effective option to close Pakistan’s energy deficit and meet the international community’s ambitious goal of lowering global temperatures by two degrees in the next 30 years. The induction of the C-4 nuclear power plant is thus a step in the right direction and, with proper measures to prevent nuclear accidents and diversion, a hopeful sign in addressing Pakistan’s energy challenge.

Disclaimer: Views expressed are of the writers and not necessarily reflective of IPRI policy. 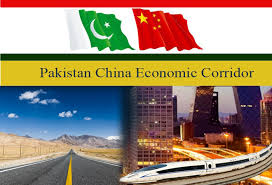 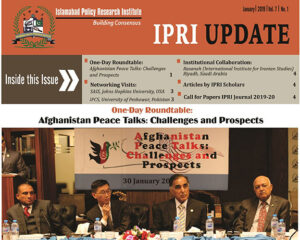 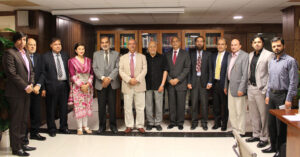 Violations of Rights of Religious Minorities (Muslims & Sikhs) in India