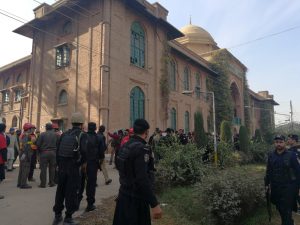 The terrorist attack on the Agricultural Training Institute, Peshawar killed nine people and injured 32, mostly students. The launching of attack on the day of Eid Mildun Nabi, raises the question that how a person by hurting others can be the follower of the Holy Prophet Muhammad (pbuh). Islam is a religion of peace and balance, we as Muslims need to respect other faiths and show patience in our dealings. The violent means adopted by an extremist faction is in sharp contrast to the religious teachings. The Holy Quran emphasises, that “whoever kills an innocent person, it is as if he has killed all of humanity. And whoever saves a person, it is as if he has saved all of humanity.” The killings nullify the extremist groups’ claim to be defending Islam, and the extremist narrative based on violence is, actually, hurting the Muslims.

The security apparatus of the country was able to limit the attack, and prevent greater tragedy; the four terrorists were killed. The security forces need to be applauded so that they remain in high spirits while battling terrorists. At the same time we need to think that the banned Tehreek-e-Taliban Pakistan was able to organise and execute the attack.

Pakistan, as a nation, has fought back militancy, and is still fighting. The regional developments, in particular, the Afghan wars and the Kashmir issue have polarised the regional environment. The regional antagonism has prompted insinuations of mistrust and extremist tendencies. As is evidenced from the arrest of Kulbhushan Jadhav, covert subversive pursuits are being employed to sabotage the ongoing development work in connection with CPEC. CPEC is a regional connectivity project and once completed is likely to bring in dividends for the regional players. But the mindset and shortsightedness to view the regional politics from an angle of confrontation pose a challenge to regional peace. This extremist approach at the regional level has abetted the disgruntled elements and furthered the regional divide. In Pakistan, the educational institutions, shrines and religious places are being targeted, the aim is to widen the sectarian divide and paralyse the country.

The cause behind an extremist act/or approach could be psychological, social, injustice, historical or regional competition. At the country level, the individuals who resort to violence depict a deprived class; it can be social deprivation, isolation or injustice. Globally, the anarchical world, where, the powerful determines the direction of action, the principles of morality are compromised. The non-state actors of today, confronting political players are, actually, the outcome of the geo-political developments involving wars and past confrontational politics.

At the country level, a national narrative, based on rationality, needs to be adopted. The practice of supporting one sect over another should be discouraged, ideas instigating polarising views should not be projected, instead the focus should be in creating harmony and understanding between various sects. Religious programmes/talk shows should be organised, highlighting the true essence of Islam and addressing the public queries pertaining to religious issues. The lies and destructive consequences of extremism also need to be exposed. In this regard, the state institutions, the media and the intelligentsia should play the lead role.

Regionally, the emerging CPEC is likely to open up prospects of geo-economics and trade. To transform the Vision of Connectivity into a reality, the regional countries need to cooperate, and end the confrontational approaches. Pakistan needs to employ the soft power (culture and civilisation) to develop fruitful links with neighbouring countries, including Iran, India and Afghanistan, and further strengthen ties with China. Terrorist groups in Kunar and Nuristan provinces are continuing threat and steps need to be taken to reduce the space for terrorist groups across the border. The joint cooperative endeavours can counter militancy, creating strategic comfort for both the neighbours. 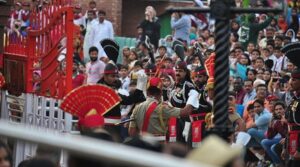