While the defeat of ISIS has been lauded in the media as it will bring an end to the misery of the Iraqi’s who suffered at the hands of terrorists and were displaced, however, presence of a myriad of actors in the Iraq, the precarious reconciliation process, intertwining interests will have deeper repercussions for the political landscape of the Middle East than the estimates.

All the actors interested in the containment of Iran will re-shift the focus on Iraq, as it presents a multitude of challenges and opportunities for them. Of course, the stability of the Iraq is inextricably associated with the success and future of the Iraqi government, but taking into account the regional rivalry and role of the extra-regional actors, it becomes multifaceted.

If one compares the role of the Washington under Trump administration in the Middle East with the predecessor, it was widely believed that American interest in the regional politics may decline, however, with the increasing role of Russia and burgeoning influence of Iran, it is likely to change the direction of the American foreign policy. The Russian involvement in the Qatar crisis and American mediatory role following the visit of the Russian Foreign Minister Sergey Lavrov is the case in the point. Therefore, it would not be an exaggeration to say that the foreign policy of extra-regional actors such as America and Russia will continue to drive the patterns of alliances in the Middle East.

Before the defeat of the Kurds movement, the diplomatic overtures between the Iraq and Kingdom of Saudi Arabia would not have made sense. However, in the backdrop of the hardening of the American policy on Iran and the increasing focus on the Turkey-Iran partnership to curb Iraqi Kurdistan is likely to shape the contours of shifting alliances. In other words, the vanquishing position of the ISIS will make the stability of the Iraq imperative for regional and extra-regional actors. For example, the policy-makers in the Washington are viewing Iraq as the lynchpin to counter the influence of Iran in addition to safeguarding American interests.

The rapprochement between Iraq and Saudi Arabia is one of the main outcomes of the very argument underlined in the article. For Trump, the limitation of the Iranian influence in the wake of the Kurdish setback is one of the primary goals in the changing dynamics of the Middle East. More so, the Saudi-Iraq relations will be bolstered by the US for not only the stability of the Iraq but the new alliances will also be congealed.

The China factor is often overlooked in the political commentaries; however, if one delves deeper into the power dynamics of the region, it shows that it could prove to be a game-changer in terms of bringing reconciliation and providing a pretext for changing alliances in the region. For instance, the Chinese dependence on the oil of the Middle East is another factor that makes China a perfect actor for mediating and ensuring the stability of the Iraq.

The increasing role of Turkey is another factor which cannot be ignored; as Turkey and Iran have successfully dismantled the Kurd’s secessionist movement, but the strained relations with the Washington is one common denominator that could bring the two states of Turkey and Iran into an alliance. Similarly, both the states hold key importance in terms of the trade and oil supplying routes of the region.

The Russian factor is unclear but it will be unraveled in the coming days, as Moscow appears reluctant to take a position as far as the relations with Turkey and Iran are concerned on the Kurds issue. The trilateral alliance of Iran, Turkey, and Russia on the Syrian war seems to be successful; however, the Russian position on the Kurdistan is ambivalent. This implies that it could prove a matter of bitterness among the actors of the trilateral alliance. Hence, the cautious position of the Russia is understandable while looking at the shift taking place in the convoluted politics of the region.

The role of Pakistan as the Muslim state is another factor which is likely to gain importance in the near future. One of the reasons is associated with the past relations with KSA and Iran. Similarly, the Saudi-led Arab coalition also made Pakistan more pertinent in the Middle East. This is not to say that economic and culture, religious affinities are not important, however, the changing dynamics has the tendency to increase the role of Pakistan in the security architecture of the region as well.

In short, the significance of the Middle East will increase especially if one takes into consideration the power vacuum in the Iraq, Kurdistan issue and the diplomatic impasse between the US and Iran. Similarly, the quest for expanding influence in the region between America and Russia will gain momentum. Therefore, the nature of the alliances in the near future will keep changing. Lastly, the regional actors of Middle East will influence the power dynamics of extra-regional actors. 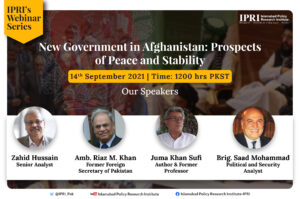 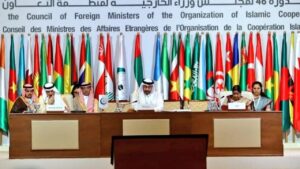 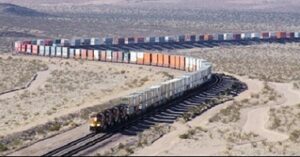