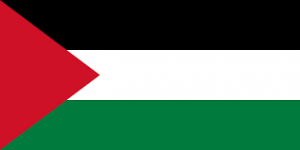 Even though a unity deal has been reached between the two most prominent factions of Palestinian polity, however, the optimism attached with the Fatah-Hamas reconciliation process seems to be fizzling out due to a number of factors. For instance, the future prospects of the Palestinian unity government and the Middle East at the large level seems to hinge on the willingness of the Hamas to give up arms among other factors.

While the agreement signed in October between the Fatah and Hamas was touted as a symbol of the direly needed unity in Palestine, however, the deeply entrenched divisions between the two factions cannot be bridged overnight. Initially, the pact between the two factions focused on Hamas withdrawal from the areas of Gaza and Rafah border crossing but the capability to keep arms has brought the other differences to surface.

Broadly speaking, Fatah and Hamas are both Palestinian parties, however, their control over Gaza strip and West Bank defines their major differences. Ideologically, Hamas is considered radical than the Fatah, especially when it comes to stance on Israel. The refusal to accept any solution devoid of full liberation of Palestine is another point of difference for Hamas. Additionally, the military wing of Hamas is often seen as a major point of concern for Fatah, Israel and the international community.

The role of Cairo in bringing Hamas and Fatah on the table for talks is another important facet. Egypt aimed at reconciling between the two parties to accomplish a just solution in accordance with the international resolutions for Palestinians amid the turmoil in the Middle East. However, the agreement has not been implemented in the true spirit yet due to the myriad of differences between Fatah and Hamas. For instance, the control of Gaza and hostile posture on Israel are prominent points of divergences.

The paradoxical stance of the US is another variable which can make the advocates of the Palestinian liberation skeptical. For instance, the rumors of the closure of the Palestine Liberation Organization (PLO) office in Washington and increasing interest of Jared Kushner in resolving the situation portray an ambiguous picture. Similarly, the willingness of Mr. Trump during the election year towards shifting the embassy of the US to Jerusalem from Tel Aviv is another case in point. This is likely to stir another controversy in the Middle East.

In the regional context, the galvanization of the talks on the Palestine issue is also correlated with the changing dynamics of the Middle East in which Iran is seen as the threat to the US interest, her ally Israel and the ascending role of the Kingdom of Saudi Arabia (KSA). Speaking of Israel, their main reservations are associated with Hamas and its affiliation with Hezbollah. For instance, in the past, the antagonism between Hamas and Israel has arguably been one of the main impediments to finding the solution for Palestine.

For Palestinians, they should be allowed to become a sovereign state as per the 1967 borders in addition to a two-state solution, but if one takes into account the details of the Trump plan, it may not meet the expectations of the Palestinians. The question of shifting the US embassy to Jerusalem is perceived as the factor which will directly weaken the Palestine struggle to self-determination and freedom. Ironically, the issue of Israeli settlements is another factor which is not endorsed by the closest ally of Israel, the US, yet the process of expansion appears to go unabated.

In other words, Hamas is engaged on two fronts. On one hand, it is making attempts to bridge the gaps with Palestinian Authority in terms of addressing the internal weaknesses. On the other hand, it is explicitly deepening the animosity towards Israel. For the Palestinian Authority proponents, these changes are making the position of Palestinian Authority difficult, as it seems to be the only party who is concerned with diplomatically engaging the US, Israel, and Hamas. However, others may differ due to the ambitious task of bringing all the parties to the table. Moreover, critics of President Mahmoud Abbas view his refusal to lift imposed sanctions on Gaza in return for the Hamas withdrawal of the coastal enclave another cause of tension.

As cliché as it may sound, the resolution of the Palestine may not gain momentum until the internal differences between Fatah and Hamas are addressed. Similarly, the elusive nature of the Trump’s plan to resolve the Palestine issue is yet to unfold. Given the response of Fatah, Hamas, and Israel to an unprecedented American policy change in form of clearly tilting towards Israeli stance over Jerusalem, the prospects of peace between Palestine and Israel appear slim. Furthermore, what remains to be seen is whether the Fatah-Hamas unity will facilitate finding a solution for Palestine or is it the extra-regional powers who can determine the fate of Palestinians? 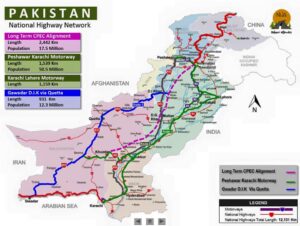