It seems that propaganda against Pakistan has become the pastime of so-called intellectuals who are bent upon presenting Pakistan a ‘hard’ country. If one closely monitors, writing adversely against Pakistan has also become a trend within certain Western intellectuals. Lately, Husain Haqqani wrote an opinion article titled ‘For Pakistan, 2018 was just another year of the generals’, published by ‘The Print’ on December 28, 2018. Being a researcher and student of international relations and politics, I was surprised to see his opinion lacks objectivity. Also disturbing is the fact that he remained Pakistan’s ambassador to none other than the world’s sole super power – the US.

The Indian lobby with its partners in Washington DC cannot digest seeing improvements in Pakistan-US relations. The recent statement of President Trump of his interest to meet the Pakistani leadership is a case in point. Pakistan-US ties are unique in many aspects due to their complex nature which are mostly crises-driven and need-driven. Now when talks with the Taliban are going on and Pakistan is playing a pivotal role, anti-Pakistan literature has started making the rounds.

Mr Haqqani tried to raise some doubts on Pakistani democracy in his piece. But he could not dare confess and write that Pakistan witnessed a second successful transition of democratic power and a third successful general elections. The elections witnessed improvements in the electoral process, which was observed by Free and Fair Election Network despite opposition by some quarters. Mr Haqqani also writes that “media is tightly controlled” in Pakistan. Contrary to his claims, Pakistan’s media, especially the electronic media, has unprecedented independence and is vocal about national discourse.

Mr Haqqani adds that “the military has been Pakistan’s most powerful institution”. But the question arises, what is wrong in it even if the army is Pakistan’s most powerful institution? The military must be strong enough for any country’s defence, both internal and external. For a long time, we have also been listening to another quite strange and naïve argument that the Pakistan military has a big say in Pakistan’s foreign and defence policies. If the US army can give its input and feedback on important national security issues, why the Pakistan army cannot do the same?

The author has been unable to grasp the fact that Pakistan is on a learning curve, internally and externally. The chief of the army staff, during his last appearance before the Senate, urged Parliament to take lead on matters related to national interests. This move also marked a process of democratic learning for civil and military institutions. At the regional level, Pakistan’s proactive and prudent diplomacy has resulted in positive overtures to India, building regional consensus on Afghan conflict, and persuading the US to opt for the peaceful settlement of Taliban insurgents in Afghanistan. Resultantly, Pakistan has been asked by the US to play its role in bringing the Taliban to the dialogue table.

The current government has attempted to focus on improving the overall governance across the country by empowering public institutions, making them autonomous and depoliticized. The government at the economic front attempted to introduce legislation in form of “Financial Act 2018” to plug the outflow of depleting foreign reserves and to improve measures on closing any gaps in anti-money laundering and counter-terror financing.

The government has also prioritized raising the inflow of foreign remittances, exports, preventing money laundering, expanding the tax net and increasing the scale of foreign direct investments in Pakistan. There is an ongoing effort to improve Pakistan’s progress on anti-money laundering and expediting the process of accountability against mega corruption scandals. This long-term approach can help alleviate the country’s economic woes.

The incumbent government is also focusing on improving human resource development across the country as the country has made significant progress against the threat of terrorism. This is also evident from a recent report which identified cuts in incidents in terrorist attacks in 2018 compared to 2017.

The government has also attempted to deliver a positive soft image of Pakistan by observing the “New Year” celebrations at the national level in order to demonstrate the government and society’s openness in a globalized world. Just as the adage goes that there is no short cut to success, the same stands for Pakistan that a long term plan is needed, after successful gains against terrorism, to set the economic growth and governance in a durable order. Only a prejudiced mind might see any military footprint in the entire scenario.

A version of the article appeared in Daily Times, dated 22 January 2019. 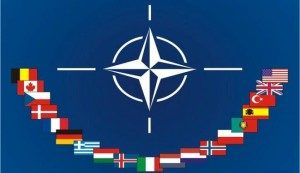