None of the presidents in American history has scuttled so many agreements as Donald Trump did in the past two years. The Trans Pacific Partnership (TPP), North Atlantic Free Trade Agreement (NAFTA), Paris Climate Agreement, Deferred Action for Childhood Arrivals program (DACA), Intermediate-range Nuclear Forces treaty (INF) and the Iran Nuclear Deal are glaring examples of Trump’s flip- flop policies.

Trump has mercurial tendencies with unexpected and unpredicted decisions. He is following the doctrine of disengagement from various overseas military commitments, mainly Syria and Afghanistan. He wants other Nato member countries to contribute more in the organisation. Southeast Asian allies have also been asked to pay more for their security. Consequently, his actions have created anxiety amongst American allies. Why does Trump maintain such fickle attitude on strategic front?

Primarily, it is because of American domestic politics and Trump’s own campaign promises that compelled him to adopt this unpopular and premature military doctrine. In American history, reelection has been remained top priority of presidents in the first term and in the second term they try to find possible place in history.
There is a general consensus that chaotic regions particularly the Middle East and South Asia protect American strategic and economic interests. The sense of insecurity provides an environment conducive to business for military-industrial complex of the US. For instance, the US signed a deal worth $20 billion to supply F-15 jets to Qatar amid the latter’s insecurity owing to blockade by Arab neighbours. These defence contractors are the backbone for election campaigns in American politics. The American Internal Revenue Service (IRS) Rule 501 (C) (4) allows groups and individuals to lobby for Congress and presidential candidates through generous donations for political campaigns. Due to these generous donations, policymakers in general and presidents of the US in particular try to secure interests of these individuals and groups, which largely affect the foreign policy of the US.

Therefore, the role of defence contractors is vital in Trump’s abrupt withdrawal from Syria, exit from the Iran nuclear deal and unilateral drawdown from Afghanistan. Peace in the Middle East and the Iran nuclear deal is detrimental to their economic interests. For instance, Lockheed Martin that manufactures F-22 fighter jets had lobbied against the Iran nuclear deal and financially supported Trump’s election campaign. It had hired Heritage Foundation, which wrote a series of articles and policy papers to manage perceptions of American public and policymakers. Resultantly, Trump has expanded sanctions on Iran and enhanced arms sales to American allies in the region.

Trump’s domestic compulsions and military doctrine have drastic ramifications for its allies in South Asia, the Middle East and beyond. The Trump military doctrine has been openly criticised by Syrian Kurds and the Afghan government. In case of Syria, the unilateral withdrawal of the US from the Kurdish region has provided an opportunity to Turkey and the Assad regime to regain control of the Kurdish region. Turkey has many times threatened invasion of northeastern Syria. This is why the Syrian Kurds have considered withdrawal as betrayal.

In Afghanistan, it is widely believed that the announcement of drawdown during the next 18 months will not only boost the morale of the Afghan Taliban but also may damage the legitimacy of the Afghan government. Moreover, the insecurity would further damage FDI and the already fragile economy of the country. This is why the Afghan government has labelled it a premature decision.

To conclude, Trump has been trying to prove to the American public that he is a man of his words. He wants to be seen different from other American politicians who often speak a lot but remain reluctant to take decisions. Therefore, this year will more likely witness a series of such hasty and unpredicted actions from the American president.

A version of the article appeared in Express Tribune, dated 18 February 2019. 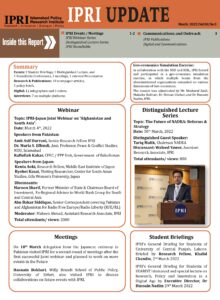 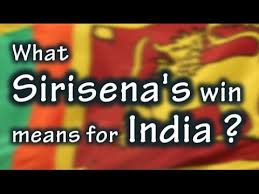 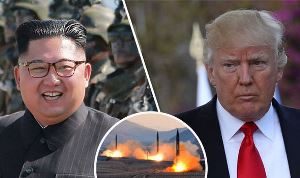