2020 has been a tumultuous year for the entire world, especially the Middle East, with far reaching impact on the region’s politics and economy. COVID-19 has wreaked havoc on the region’s economy, shrinking it on an average by 10 percent. If the intensity of the pandemic continues at the present pace, it is likely to cause massive economic losses and increase poverty. With simmering tensions between the major players in the region, including their external supporters, the situation may be aggravated further. Consequently, the year 2021 may not augur well for peace in the region, unless good sense prevails and there is a major pullback from the brink to return to the negotiating table.
In the Middle East milieu, there have been major changes: the signing of the Abraham Accords between Israel and four Arab countries (UAE, Bahrain, Sudan and Morocco) signalled a paradigm shift in the regional alignment and posed a challenge to the other major contenders — Iran and Turkey. While Iran has been accused of interfering in the Arab countries ever since its revolution, Turkey is new to the game, but has started asserting its role in the region, primarily because of the Kurdish problem. President Erdogan’s pleadings for pan-Islamism, his proximity with Qatar and proactive policies in the Western Mediterranean are seen as an attempt to hijack the leadership of the Muslim Ummah, which is currently held by Saudi Arabia.

Israel, no doubt, has emerged as a strong player. After the Abraham Accords, it is positioning itself to assume a leadership role in the region due to its military and technological prowess. Meanwhile, Iran is a common factor for Israel and the Gulf monarchies, spurring them to forge an alliance.

It is not clear yet if the incoming Joe Biden Administration would actively involve itself in Middle Eastern politics. However, even if Biden returns to multilateral diplomacy and rejoins the ‘Iran nuclear deal,’ known as the Joint Comprehensive Plan of Action (JCPOA), his support for Israel is a foregone conclusion, although he may oppose the building of new settlements on Palestinian territory. He may also take on Saudi Crown Prince Mohammed bin Salman with regard to human rights issues.

In the regional power struggle, a gradual build up in tensions has aggravated the situation in the Middle East throughout 2020, beginning with the assassination of Iran’s Al-Quds Force Commander Qasem Soleimani in a drone attack on January 3, 2020 near Baghdad airport. It was a clear warning by the US that it would not tolerate Iranian expansionism in the region, which may harm American interests and its forces in Iraq. This was followed by President Trump’s ‘Deal of the Century’ announcement, which in a way authorises Israel to assimilate Palestinians in ‘greater Israel’ and close this chapter forever. Then came the Abraham Accords to reinforce Israel’s greater involvement in the region’s affairs and consolidate the Saudi-led coalition’s position.

However, Joe Biden’s election may have been discomforting for the Saudis and Israelis who have been betting on Trump to keep Iran under pressure. It is now being inferred that the killing of Iranian nuclear scientist Mohsen Fakhrizadeh was enacted by Israel to vitiate the environment in the region and discourage Joe Biden from rejoining the JCPOA. It is possible that Joe Biden, while re-entering the JCPOA, may pressurise Iran to rein in its missile programme and renounce its interventionist policy in the Middle East. However, it would be a tough call for Biden, as Iran has rejected such demands, which it considers as out of the purview of the JCPOA. It has linked its future interaction with the major powers of the region on the condition that the Middle East is declared a Nuclear Weapons Free Zone (NWFZ), with Israel as a party to it. Obviously, Israel will not agree to this demand and the ongoing tensions may well spill over to 2021 and beyond.

On the economic front, the Middle East and North Africa (MENA) region have witnessed a steady decline in individual economies in 2020, although the Gulf Cooperation Council (GCC) countries have survived the shock. The most worrying part is the MENA region’s oil revenues, which have seen a sharp decline from $1 trillion in 2014 to $300 billion in 2020. This has slowed down economic activity, even in the GCC countries, which, of late, have been diversifying their economies to the services sector, including tourism. On average, the MENA region with a population equivalent to Europe, has witnessed a rise in poverty levels during the past decade, which was estimated at 20 percent in 2011, but has increased to 31 percent in 2020. Therefore, a serious decline in GDP has been recorded which is, 2.1 percent (2020) from 2.8 percent (2019) in the MENA region, and 1.7 percent (2020) from 2.5 percent (2019) in the GCC region. It is expected to slide further in 2021. Such an enormous decline is also due to slowing Chinese energy (oil, gas, and petrochemicals) demand, declining Chinese tourism flows, disrupted supply chains of Chinese products, and falling oil prices.

The involvement of China and Russia in Middle Eastern politics is an added dimension to the ongoing tensions and may determine the future outlook. US-China and US-Russia tensions may also impact the MENA region, apart from the strong links that China and Russia have established with Iran and Turkey. While Russia, at the behest of Iran, helped President Bashar Al Assad to retrieve the situation against the US-Saudi supported opposition groups, it is China that stood by Iran in the face of severe American sanctions. China continues to be Iran’s largest trading partner, although bilateral trade has declined from $18 billion in 2019 to $12 billion in 2020, partly because of the decline in oil demand in China due to COVID-19. Whether President-elect Biden after joining the JCPOA would also soften sanctions against Iran remains to be seen. However, 2021 is going to be a menacing year due to the uncompromising position adopted by the major actors in the region and their external allies.

How would Pakistan be placed in the Middle Eastern scenario in 2021, where its longtime friends Saudi Arabia and UAE have been entertaining a grouse against its neutral stance, particularly on Iran’s alleged ‘meddlesome’ policy in the region? The signing of the Abraham Accords has further increased pressure on Pakistan to follow suit, as it would hasten the process of recognition of Israel with the remaining Arab and some Far Eastern Muslim states. However, in view of the challenges faced by Pakistan in the neighbourhood, perennial tensions with India and instability in Afghanistan, compounded by the US tilt towards India, and opposition to the China-Pakistan Economic Corridor (CPEC), Pakistan would take its own time on the decision to recognise Israel. But at the same time, Pakistan would be expecting its traditional Arab friends to be mindful of its sensitivities on Kashmir and India’s brutalities against the Kashmiris. India’s budding honeymoon with Saudi Arabia and the UAE would also be watched closely by Pakistan. For the time being, the Middle East’s depressing scenario offers limited choices for Pakistan, which is why it would prefer to maintain the status quo and recognise Israel only when the overwhelming majority of the Muslim countries do so.

Note: This article appeared in Narratives, dated 15 January 2021.
Disclaimer: The views expressed in the article are of the author and do not necessarily represent Institute’s policy. 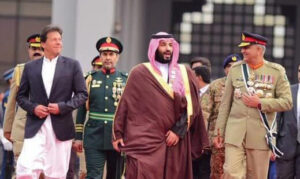 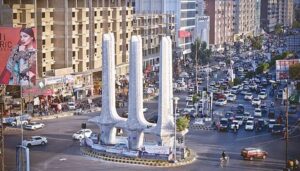 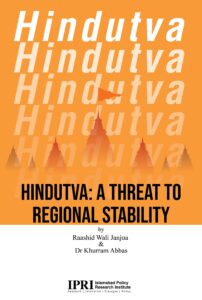