The political turmoil in Pakistan is not going to end anytime soon. The present government comprises influential families of Bhuttos, Sharifs, and Maulanas, whose integrity and credibility are under question. On the other side of the aisle, people are mesmerized by Imran Khan’s charisma transforming into cultism. He may not be corrupt, but he lacks the art of statecraft, while his close comrades are equally naïve to put it mildly. He is a crowd puller, but the bulk of the crowd belongs to the burger class, which is not in the habit of toiling; its day begins after the sunset with expensive burgers in their hands. Both camps are so engrossed in a power struggle that they have forgotten the floods devastating lives and property in Balochistan, Sindh and Southern Punjab.

The ongoing tussle between the PTI and PDM government is suffering from the systemic flaws in the country’s polity. A hybrid system foisted due to repeated military interventions discouraged democracy from taking roots in the country. Hence political parties lack the confidence to plan and execute their manifestoes. Consequently, there is a lack of capacity of the political leaders to argue on the issues of national security.

On the political front, many flaws have hampered smooth political activity in the country. The following aspects need attention:

First, there is no “shadow government” system in opposition to keep a tab on the governmental performance and offer an alternative to the government’s policies and plans.

Second, political parties lack the will or capability to resolve their disputes. The Charter of Democracy (COD) resulted from the bitter experiences the PPP and PML(N) had at the hands of the establishment. However, once in power, they forgot the commitments made under the COD and continued their diatribe against each other. Imran Khan entered politics as a countervailing force to discredit the leadership of both parties. He introduced the element of confrontation in politics with the establishment’s support.

Third, the politicization of bureaucracy has caused paralysis in governance; bureaucrats are reluctant to take decisions as politicians shy away from taking the political ownership of those decisions. Naturally, a bureaucrat would not volunteer to stick his neck out for his political bosses and face the humiliation of NAB inquiries.

Fourth, during the past 75 years, governments have criminally neglected the education sector, which is essential for the knowledge-based economy. Just imagine the sorry state of affairs that 23 million children between the ages of 5-16 are out of school, representing 44 percent of the total population in this age group. More alarmingly, the drop-out rate at the primary level is 33 percent, which means a new generation of illiterates would come of age with bleak prospects for their future and the country’s economy. Even the worst kind of dictatorships elsewhere have ensured that the people are educated to become useful citizens for the country’s economy and wellbeing. Should one infer that this gross negligence intentionally keeps a big chunk of the population uneducated or undereducated so that they can be exploited by the feudal lords and moneyed class to their advantage?

What are the flaws that discredit the present leadership across the board? The answer to this question lies in multiple factors.

First, family rules tainted with corruption have become the talk of the town. Surprisingly, Sharif, Bhutto and Chaudhry families have never come out clean on corruption accusations in public. Former military dictators and their scions have also kept silent about their wealth.

Second, all prominent political families have maintained residences in expensive capitals, mainly in London. In fact, in a radius of two kilometres, from Edgeware to Hyde Park, who’s who of Pakistan has a luxury apartment or a townhouse worth millions of pounds. Many leaders have expensive properties and palatial villas on the outskirts of London, Paris and Madrid. They are doing thriving businesses abroad. These rich and influential families earn in Pakistan and invest abroad. Their earnings and the tax they pay make the whole affair doubtful. Had these families and their beneficiaries been spending their wealth in Pakistan, the country would not have faced the economic crisis. It would also give an incentive to foreign investors to invest in Pakistan. Just imagine how effective would Prime Minister Shahbaz Sharif’s request be to his interlocutors abroad to invest in Pakistan while his immediate and extended family are investing out of Pakistan.

Third, these “super-rich families” are considered indispensable for Pakistan to rule the country when on the right side of the establishment. This makes an ordinary political worker not only a second fiddle, but redundant in policy making or truly representing the constituents’ sentiments about their aspirations.

Our political analysts keep focusing on the ongoing joust between the PTI and PDM, knowing full well that, barring a few exceptions, the overwhelming majority believes in confrontation with their opponents. Therefore, political accommodation becomes the first casualty due to inflexible attitude. No political party has a think tank to guide their party bosses on a particular issue. A couple of examples elsewhere in the world should serve our political parties a lesson in statecraft.

The UK, after Boris Johnson, has not plunged into chaos. The ruling Tory party has an internal mechanism to obtain endorsement from approximately 200,000 thousand members for the next Prime Minister. The opposition Labour party is not grabbing the opportunity to demand fresh elections. We all know what will happen in the UK because everything is transparent in the political arena. Lesson learnt: a transparent political system is a must for stability in the country.

Take the example of Turkey, where two decades ago, one would not imagine whether the army in that country would ever abdicate its role in its political system. However, under the leadership of Recep Tayyip Erdogan, the AKP party proved that through good governance, political parties can phase out the army’s role. Even when the military tried to stage a coup in 2016, the people came out in support of Erdogan’s government. Lesson learnt: good governance is sin qua non for any country.

Indonesia is another example where, under public pressure, the army’s role was redefined through a constitutional amendment in the late 1990s. The military was forbidden to participate in political activities unless its officers retired. However, it is now widely acknowledged that with growing maturity amongst the political parties, the army role has considerably receded. Lesson learnt: a dialogue between the civilians and military is needed to bring stability to the political system.

The lesson for Pakistani political parties is to create an environment of accommodation and concord. All political parties must agree to dialogue to bring sanity to our politics, promoting the rule of law and a common Charter of Economy for the country’s prosperity. A confrontationist approach is dangerous for the country’s unity and harms its economy, which is quite evident when looking at the plunging economic indicators.

Note: This article appeared in Bol News, dated 26 August 2022.
Disclaimer: The views expressed in the article are of the author and do not necessarily represent Institute’s policy. 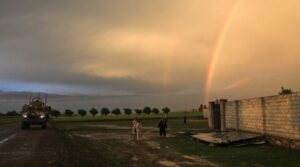