Afghanistan has exported more than $743 million, $207 million, and $23 million worth of goods to Pakistan, India, and Tajikistan, respectively. Pakistan is at the top of the list of Afghanistan’s export destinations because Afghanistan has done the most business with Pakistan.

The Taliban’s Ministry of Finance’s spokesman, Ahmad Wali Haqmal, said that “coal exports have surged due to the creation of possibilities for merchants. To enhance revenue, Pakistan has also raised taxes. Approximately 10,000 tonnes of coal are exported from Afghanistan to Pakistan every day. Pakistan is also Afghanistan’s major importer and business partner, bringing in between $550 million and $700 million in coal and cotton each year. Pakistan, which is still committed to helping Afghanistan develop, authorised a change to the Import Policy Order 2022 that permits the import of commodities of an Afghan origin against the Pakistani rupee for a year. Afghan citizens were able to easily assist in facilitating trade on both sides of the border thanks to the government of Pakistan’s adoption of a simple visa policy. Afghanistan’s export volume has increased as a result of Islamabad’s relaxing of trade restrictions, development of a modern terminal at Torkham, and operationalization of the Integrated Transit Trade Management System (ITTMS).

Since the US withdrew from Afghanistan, Pakistan has invested more than $2 billion to aid in the reconstruction and rehabilitation of the neighboring country. Despite its own struggling economy, Pakistan has been making an effort to assist the neighboring country. Beyond its economic means, Pakistan’s assistance in rebuilding war-torn Afghanistan by constructing clinics, schools, and roads demonstrates its commitment to a flourishing Afghanistan and dispels any notion that it is exploiting the nation as a proxy state. Since September 2021 to October 2022, Islamabad has sent more than 15,565 tonnes of aid to its Afghan brothers and sisters, totaling almost Rs 2.735 billion. Pakistan has contributed $500 million for Afghan sector capacity improvement despite its meagre resources. Pakistan is the largest supporter of expanding the CPEC economic corridor to include Afghanistan in order to benefit the citizens of both nations. Pakistan’s humanitarian assistance to Afghanistan is a modest illustration of the strong ties that the two nations have. Additionally, Pakistan is crucial to the advancement of Afghan youth education. In the wider interest of the Afghan country, a number of Pakistani universities are overseeing future academic programmes for Afghan professors and students.

For forty years, Pakistan has continued to provide high standards of protection, opportunity, and dignity to Afghan refugees. As the two countries are connected by geography, history, culture, and religion, it is important to retain Pakistan’s unrivalled sense of welcome. No refugee or asylum seeker in the globe is permitted to wander the territory of their host nation without proper documentation, and anyone caught breaking the law will be taken into custody and sent back to their place of origin.

Pakistan is leading the charge in providing material relief, medical care, and educational support to the afflicted Afghan population in both Pakistan and Afghanistan. Pakistan hopes for strong security measures to be implemented by the Afghan administration, particularly along the Pak-Afghan border, and expects reciprocity from the Afghan side.

An alarming development is the rise in terrorist strikes both inside and outside of Afghanistan. Non-state actors can now take advantage of the absence of real political engagement with the Taliban leadership to undermine regional peace and stability. Additionally, the increased ISKP strikes from the Afghan side against Pakistan and even China are stimulated by India’s presence in Afghanistan. Since Kabul benefited from commerce with Pakistan, shooting incidents at the Chaman crossing along the Pakistan-Afghanistan border have escalated from the Afghan side.

Afghanistan needs to improve its security situation because enhanced trade and transit infrastructure and stable economic cooperation with Pakistan might help link South Asia and Central Asia. While Pakistan offers a practical path to Afghanistan for trade with the rest of the world, Afghanistan serves as a sort of land bridge for Pakistan to the CARs.

Two additional opportunities are presented by CPEC: the first is the chance to access markets in China, Central Asia, and regions of Europe with which Afghanistan does not currently engage in extensive trade, and the second is the chance to diversify Afghan trade products by exporting copper, iron, and other resources to nations on the BRI.

Note: This article appeared in Eurasia, dated 12 January 2023.
Disclaimer: The views expressed in the article are of the author and do not necessarily represent Institute’s policy. 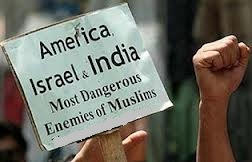 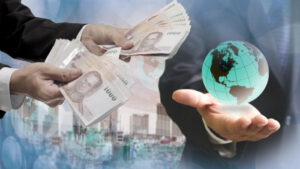