A recent opinion piece by Pervez Hoodbhoy argued why TTP could not be defeated. He ascribed this failure to lack of clarity in establishment about good and bad Taliban and the ideological confusion in the minds of soldiers and the citizens about TTP’s Islamic credentials. He also parsed open the layers of TTP’s logic for waging war against the state of Pakistan. The main demands of TTP include the need for imposing Shariah, rolling back FATA’s merger with KPK and dismantling the Pak-Afghan border fence. The writer argued that all TTP demands were reasonable in view of their ideology’s receptivity in Pakistan and a desire amongst the population dwelling along the Pak-Afghan border to treat it as a soft border.

The writer’s criticism about Pakistan civil and military leadership’s strategic assumptions vis a vis Afghanistan was based on incomplete knowledge due to which there was a disconnect between his diagnosis and the prescription. The ground realities and the hidden facts however paint another picture. The picture would definitely include the present Taliban government and the role of external powers hell bent on keeping the pot boiling in Afghanistan as well as Pakistan’s former tribal areas bordering Afghanistan. To get a handle on the TTP phenomenon it is apposite to understand its anatomy. TTP was formed in December 2007 under the leadership of Baitullah Masud as a reaction to Army operations against foreign militants who had crossed over from Afghanistan into Pakistan’s FATA region after 2002 due to USA-ISAF operations.

Prior to TTP formation, the British era governance system and the power balance had been altered in favour of local clerics and foreign militants who had killed over 200 tribal Maliks by 2004. When Pakistan Army entered Tirah Valley after 50 years to restore order, its presence evoked resentment amongst the local tribesmen due to their abhorrence to any kind of control or encroachment on their centuries-old customs. The Waziris of North and South Waziristan and Mehsuds in Central and South Waziristan are the dominant tribes that have traditionally been in the forefront of the armed resistance against foreign interlopers in their territories. The British established their presence through a system of pacification and administration respecting the local customs and traditions. That system continued until a decade after the Soviet invasion when it was altered due to displacement of traditional local leadership of Maliks by the clerics and militants.

TTP was never a monolith organisation like Afghan Taliban, rather a loose confederation of militant outfits with different local affiliations. It kept splintering and regrouping with metronomic regularity accepting sectarian affiliates, common criminals and drug runners in its fold. By 2008 the TTP-affiliated militants had held sway over vast areas of Swat, Bajaur, Malakand and North and South Waziristan. Army launched Operation Rah e Nijaat in 2009 to clear South Waziristan. Similar operations — Rah e Haq and Rah e Raast — were launched in Swat in 2007 and 2009. The Army defeated the TTP militants and cleared Swat as well as South Waziristan but then stopped short of North Waziristan. Some critics rue that the job should have been completed by sanitising the North Waziristan of TTP presence in 2009-10.

Due to a hiatus in operations the TTP regrouped and launched a dastardly attack on APS Peshawar in 2014. That was the time the nation got over its ambivalence on countering TTP menace; and the army launched Operation Zarb e Azb in North Waziristan, the last bastion of TTP resistance, killing 2,736 terrorists and destroying 836 hideouts. The cost was paid by locals also in terms of 929,859 IDPs. After clearance of North Waziristan TTP militants sought sanctuaries in Afghanistan with Tehrik e Taliban Afghanistan (TTA). A badly mauled TTP was biding its time until the US withdrawal from Afghanistan in August 2021.

Thereafter, the TTP militants, being the ideological kinsmen of Afghan Taliban, got a new lease of life. The Taliban government released 2,300 TTP prisoners, including hardened criminals. There was initial euphoria in Pakistan about Taliban government’s return in Afghanistan but the subsequent events belied those expectations. The Taliban leadership faces intra Afghan friction in the shape of NRF led by Ahmed Massoud and supported by Dostum, Atta Muhammad Nur, Yunus Qanuni and Amrullah Saleh. There is an internal power dichotomy because of differences between Qandhari faction led by Mullah Haibtullah, the ideological head of the Taliban, and the Northern faction dominated by Haqqanis who are pragmatists.

There are also challenges from Hazara and Uzbek elements within the Taliban fold. Then there are differences between Doha negotiators and the frontline fighters on several issues. In addition, terrorist entities like ISKP and al-Qaeda pose serious threat to Taliban. The above differences and the economic difficulties have made Taliban weak on several fronts. One of them is their inability to rein in the TTP to attack Pakistan from Afghan soil. TTP meanwhile has scented blood and has tried to cross over to cause unrest in Pakistan. Pakistan’s leadership made an erroneous decision to enter into parleys with TTP from a position of weakness.

The TTP came up with unreasonable demands like FATA merger rollback and blanket amnesty for hardened criminals. Imposition of Sharia law was another demand that directly targeted Pakistan’s constitution which is based on tenets of Sharia. All of those demands by a non-state actor are clearly unreasonable — currently being protested through public rallies in Swat and Bajaur. The Pakistani military planners need to understand the necessity of keeping the Afghan Taliban positively engaged. Any rebukes and demarches about border clashes need to be made firmly yet circumspectly. The 500-600 TTP militants that have crossed over to Pakistan and are now indulging in terror acts need to be eliminated with full force.

The issue of Pak-Afghan border however needs sensitive handling. There are livelihood patterns that depend on cross-border movement and a strategy needs to be devised so that the pattern is legalised under some new trade terms till the time the border regions are not developed for provenance of alternative livelihood to their denizens on both sides of the border. While TTP needs to be eliminated the escalation of hostilities with Afghan Taliban need to be avoided. And last but not least the pace of resettlement in the newly merged FATA districts needs to be accorded top most priority along with effective governance and development of these areas.

Note: This article appeared in Tribune, dated 13 January 2023.
Disclaimer: The views expressed in the article are of the author and do not necessarily represent Institute’s policy. 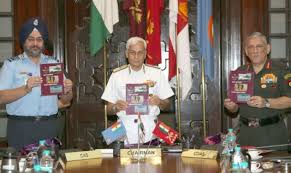 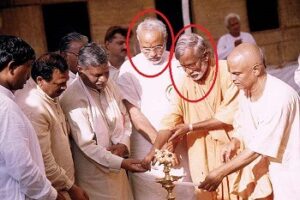