Today, the Organisation of Islamic Cooperation (OIC) is fragmented for numerous reasons. These include the Saudi-Iran rivalry, Saudi-Qatar rivalry as well as the competing interests and priorities of various member states. Recently, the organisation has taken a great leap by inviting India as a ‘guest of honor’ in the 46th session of its Council of Foreign Ministers from March 1 to 2, 2019. Indian Foreign Minister (FM) Shushma Sawraj not only addressed the plenary session of the meeting but also convened various important meetings with OIC member states in order to develop a conducive environment for India’s permanent membership in the organisation. Despite Pakistan’s protest and partial boycott, the OIC did not change its decision.

The session suddenly gained significance when Shaikh Abdullah Bin Zayed Al Nahyan, Minister of Foreign Affairs and International Cooperation UAE invited India as a ‘guest of honour’. This took place amid Indian violations of Pakistan’s sovereignty, Islamabad tried to convince the GCC countries to withdraw their invitation for India. However, OIC didn’t change its decision. Since its establishment, OIC has never been seen as pro-India. The participation of India in the meeting displays growing Indian influence in the Muslim world in general and the Arab world in particular. The participation of India in the meeting has paved the way for its permanent membership in the organisation, an age-old desire of New Delhi.

India had been giving diplomatic attention to Arab countries since 1991. However, the boost in ties with Arab countries was witnessed in 2005 when former Indian Prime Minister (PM) Manmohan Singh announced India’s Look West policy. This policy is based on frequent high-level engagements, expansion of economic cooperation, and promotion of security and defence ties with Arab countries. Notably, India has engaged Arab countries through increased merchandise trade, oil and gas imports, formalising various security agreements such as extradition treaties, intelligence sharing and joint naval exercises. Currently, the Gulf region accounts for 12.98 percent of India’s total exports while it has a 13.76 percent share in India’s total imports.

In 1969, India’s delegation was not allowed to participate in the first OIC Summit due to Pakistan’s objection. However, after 50 years, India has now developed its significance in the Muslim world

It is interesting that in 1969, India’s delegation was not allowed to participate in the first OIC Summit due to Pakistan’s objection. However, after 50 years, India has now developed its significance in Muslim World. Currently, member countries of OIC such as Algeria, Bangladesh, Indonesia and Syria are strongly supporting Indian membership in the organisation. Morocco, Uzbekistan, Kazakhstan and Kuwait are key economic and political partners of New Delhi and have a soft-corner for its permanent membership. Kuwait, being a non-permanent member in the United Nations Security Council (UNSC), has also recently supported the Indian stance on the Pulwama attack. Hence, these countries will most likely not object to India’s inclusion as a permanent member of the OIC. The country may no longer be ignored by the Muslim world in general and Arab countries in particular.

Objectively, India can positively contribute in capacity building of the OIC by using its strong political clout in Southeast Asia and the West. The human resource of India, its technological advancements and economic strength can add value to the organisation. However, the Indian presence in OIC will be detrimental to Pakistan’s Kashmir cause.

Since 1969, the OIC has remained the only significant multilateral platform where Pakistan could freely condemn Indian atrocities in Kashmir and communal riots in India. Notably, the OIC had condemned the tragic Babri Mosque incident in 1992 as well as communal riots in Gujrat in 2002. OIC often equated the Kashmiri dispute with the Palestine issue. In several joint communiqué of the OIC, Jammu and Kashmir (JK) was referred to as “occupied territory”. Every year, the OIC Contact Group on Kashmir condemns Indian atrocities in Kashmir and demands the solution of this longstanding dispute. However, it seems that this platform, which is currently available to Pakistan, has also been neutralised by India. It has been able to do so through persistent diplomatic manoeuvring.

Since its establishment, the OIC has established a two-point criteria for its permanent membership, i.e, countries having a Muslim majority population or those having a Muslim head of state. It seems that the criteria might be reformed due to the growing support for India inside the OIC. To conclude, owing to mounting political and economic clout and its very large Muslim population, one can calculate that Pakistan will no longer be able keep India from a permanent membership of the OIC, which means the organization will witness further fragmentation. 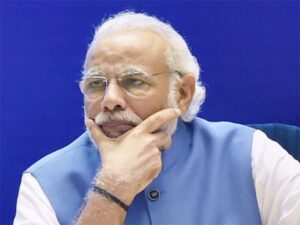 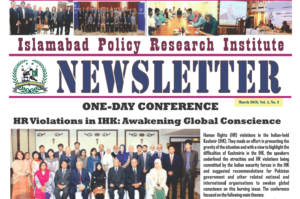 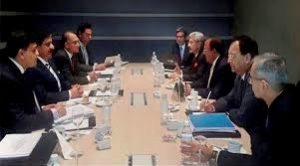 India Pakistan CBMs: Internal Dialogue as a Catalyst for Peace?