Thousands dead or swept away in floods; over 5,000 km of roads destroyed, Balochistan severed from Sindh and Punjab

I was in tears as I saw a social media post wherein a teenage boy, who is a rag-picker, contributed to the flood victims. I kept on staring at his somber face and the determination in him, by enlarging the pixels. I was overwhelmed, and speechless at his big heart. Likewise, a couple of hours later a friend from Karachi shared a video post in which one of the renowned feudal lords, hailing from the ruling dispensation in Sindh, was seen distributing Rs50 each in cash to the destitute who had thronged around him. He carried a bunch of fiat, and the moment he was done, he drove away along with a police escort in the mud-slinging avatars of a farmland in deluge.

That was his bit to his constituents in dire straits from whom he draws power. The haves and have-nots do not have the same heart in adversity! Pakistan is lopsided in terms of distribution of wealth. But it is the resilience of the middle class and the poor that has kept it afloat. The elite have a mindset of their own and have never been able to match the compassion of the downtrodden. Pakistan is in deep disarray, especially in the wake of the monsoon floods that have devastated its infrastructure, and killed and maimed millions across the country. Standing crops are washed away and millions of livestock have simply withered. More than 30 million people are suffering having lost their shelter, and penniless to the core, struggling for two square meals.

Statistics compiled by independent sources are nightmarish: thousands dead or swept away in floods; over 5,000 km of roads destroyed, Balochistan severed from Sindh and Punjab; 160 plus bridges and crossovers collapsed; and more than a million homes turned into rubble. The horrifying scenes were the caving in of resorts in KhyberPakhtunkhwa, which were built on river banks, and likewise people stranded in the middle of waterturned oasis awaiting to be rescued. This year destruction has surpassed the deadly crumbling of the mountains in the 2005 quake, but unfortunately the merit of response from civil society and the state authorities is one of the poorest.

This hints at the callousness that has set in in the body politick — amidst the tools of nepotism, corruption and bad governance. While climate change is a global phenomenon, there is no place on Earth that is free from floods and its aftermath. But why is Pakistan always at the receiving end, as it gets inundated for sure? It’s high time to study it in a scientific manner, and probe into the factors that push it towards destruction. Pakistan is a lower riparian state, and unfortunately there are not enough dams built on its terrain. Thus, the monsoon especially and the overflowing of rivers in Afghanistan and India make their way as a gravitational syndrome and it gets submerged. Secondly, the agrarian fields are not insulated, and there is no mechanism to divert water that comes down the stream. Here too small dams make for a perfect case of survival, which are non-existent. Last but not least, the infrastructure of roads and bridges is not up to the standards of weather somersaults — and it has everything to do with corruption.

The colonial edifices over rivers and railways stand tall to this day, and our erected constructions bite the dust! It comes as a riddle to probe in our national psyche. This precarious situation asks us as to how many institutions we have managed to mushroom to look after natural disasters. The few we have not only lack coordination but rely on ad hoc relief, and that too after disasters are met with. There is no preemptive strategy, nor a plan of action. The culture is that we lament and then cry foul over absence of relief measures. We indulge in blamegame, resort to politics of pointscoring and then silently fade away by leaving everything in the lurch. The obvious follow-up is to keep our fingers-crossed for another disaster in the making. Will someone rise to the occasion and re-erect a new order for the millions in distress?

Note: This article appeared in Tribune, dated 31 August 2022.
Disclaimer: The views expressed in the article are of the author and do not necessarily represent Institute’s policy. 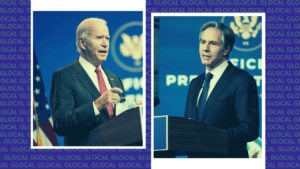 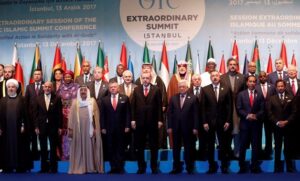 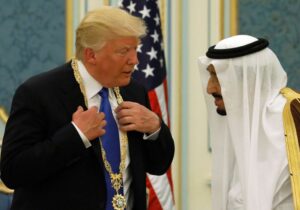