On Thursday, Afghan Loya Jirga would begin deliberations on much awaited Bilateral Security Agreement (BSA) between America and Afghanistan. President Karzai has stated that Jirga would comprise of around 2500 delegates. He has surprise many by saying that the Taliban representatives would also attend the Jirga. Furthermore, he has thrown an open invitation that all those who have reservations about the BSA, should register their point of view during the Jirga proceedings.

Loya Jirga route for the BSA approval has come under fire by political opponents, who argued that there is no need of such an assembly in the presence of Afghan parliament. Opponents claim that Karzai is likely to invite like-minded people to the Jirga as a way of ensuring approval of the controversial pact. They also claim that Karzai may use the Jirga to seek personal privileges in return for signing the BSA. Jirga is certainly more pliable than the parliament. These delegates of Jirga are personal nominees of the President; they would make customary noises and then approve the draft. Being an elected body, the parliament could have taken an independent stance, and may be secured a better deal for the Afghan nation.

Karzai had floated the concept of a Jirga because he does not want to single-handedly shoulder the responsibility of reaching a BSA with the Americans. Analysts had concluded a long time ago that Karzai would succumb to American pressure and sign the BSA in exchange for his personal security and that of his immediate family members.

Acceptance or rejection of the BSA by the Afghan government will determine the future trajectory of the Afghan conflict. Acceptance of the BSA would serve the American interest of allowing stationing of residual garrison; whose mission would certainly be much beyond the security of Afghanistan. In this case, Afghan Taliban would in all probability take a divergent route and continue their militancy dominated political struggle. Afghanistan would continue to suffer the pangs of insurgency; and the ensuing political uncertainty would have serious ramifications for Pakistan. American residual troops will justify their presence through occasional fire works in the name of hunting Al-Qaeda through special operations. Outside the American military fortifications, there will be a spate of never ending skirmishes between the combat hardened militant groups and poorly skilled Afghan National Security Forces (AFSN).

Afghanistan and the US have been engaged in consultations for nearly two years over certain controversial parts of the agreement, especially the issue of blanket immunity for the US soldiers and number and locations of the bases. There were differences over the US demand to have the liberty to conduct unilateral military operations, night raids and house searches. Earlier on October 11 John Kerry had visited Kabul for narrowing down the differences and was pretty satisfied with the outcome. He had carried back the final draft of the BSA. The US had wanted to sign the pact by end October and had also warned that it could adopt the policy of a ‘Zero Option’, meaning total withdrawal of troops by 2014. The US is eyeing for nine bases which will house around 10,000 troops on the pretext of fighting Al Qaeda remnants. Any such agreement would immediately mark a point of divergence between the US-Karzai combine and the Taliban; who would embark on another long drawn insurgency campaign.

Afghan economy remains war and drug dependent. United Nations Office on Drugs and Crime (UNODC) has revealed in its latest report that Opium cultivation in Afghanistan has risen to a scary level covering more than 200,000 hectares in 2013, a 36 percent rise over last year. It indicates a grave trend for the country and raises alarm bells for the international community, especially the immediate neighbours of Afghanistan. New assessment represents the highest total cultivation ever for Afghanistan, surpassing the previous peak of 193,000 hectares in 2007. Total opium production has reached roughly 5,500 tons, an increase of 49 percent since 2012.

Seasons for Poppy cultivation and harvest are marked by mass desertions in the AFNS, a large number of soldiers absent themselves from their units to participate in these high incentive activities; when the sowing and harvest season are over, the deserters return back to units. They are merrily accepted by the units and reequipped; because during the period of absence they also make money by selling their combat gear to militants.

Yury Fedotov, Executive Director of UNODC has called for a more comprehensive and integrated response to the drug problem. To achieve the objective, counter-narcotics efforts must be an integral part of the security, development and institution-building agenda but the weak Karzai led government is unable to deliver on any of these fronts. Targeting poor farmers would not deliver the desired results and the international community would have to get serious about removing known traffickers from positions of responsibility in the Afghan government. At the same time farmers need to be provided compatibly profitable alternatives.

In 2001, the Taliban led government in Afghanistan had banned poppy cultivation, citing Islamic prohibition against drugs and had wiped out 99 percent of the production of the crop. But since the take over of Afghanistan by US led NATO forces, poppy cultivation has been on the increase and every attempt by the occupation forces and the UN to persuade the farmers to shift to alternative crops has failed because the return from poppy is much higher.

Pakistan has reiterated once again that it will continue to play a positive role in promoting peace and reconciliation process in Afghanistan. Islamabad strongly supports an Afghan-led and Afghan-owned peace process that is all inclusive. Pakistan is of the view any political vacuum in Afghanistan after 2014 drawdown could prove harmful for the region. Therefore the Afghan people should be allowed to decide their fate on their own and no regional country should interfere in their affairs.

Pakistan needs to reassess the situation in the backdrop of forthcoming BSA. It should resume back-channel efforts for negotiations. It should contact the disgruntled groups and urge them to break away in exchange for amnesty and other incentives. After Hakimullah Mehsud another pro-peace Afghan Taliban leader Dr Nasiruddin Haqqani was killed in the suburbs of Islamabad. There is a need to create secure venues for negotiations to avoid recurrences of killing of high profile pro-dialogue Taliban. A timeline of mid 2014 should be pursued for reaching a political settlement with major chunk of Taliban entities of Pakistan. Despite the apparent tough stance taken by the successor of Hakimullah Mehsud, there are fair chances of resumption of dialogue with Taliban.

Pakistan needs to device a comprehensive policy to ensure sustainable demobilization of militias on the conclusion of an agreement with the TTP and integration of former militants into mainstream economic activities. There is also a need to strengthen anti-drug effort to prevent proliferation of drug trafficking through Pakistan. These tasks cannot be accomplished single-handedly by Pakistan. Therefore, negotiations on these issues should be initiated with the UN and other willing donors for working out a comprehensive and economically sustainable plan of action. 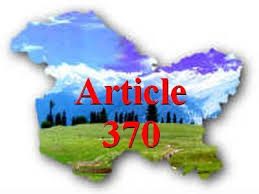 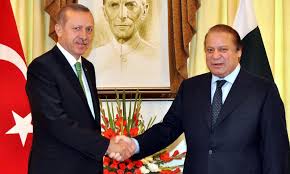