Agony And Chaos In Afghanistan – OpEd

Do you think you can deter people or groups with the atomic bomb? Only to some extent. Kalashnikov (AK-47), another weapon, is responsible for deterrence and far more deaths than the bombs dropped on two Japanese cities; Hiroshima and Nagasaki in 1945. Till date, an estimated 100 million Kalashnikov and its variants have been produced. First manufactured just after the end of 2nd World War, based on a German design, the assault rifle has since become common around the world in the arsenals of governments and insurgent groups. This small arm has big problems for humanity. Its now found throughout the world, especially in Afghanistan.

The pictures shared by the Taliban on Twitter and other social media platforms also show fighters carrying M4 Carbines and M16 Rifles discarded by the Afghan army units. Several Taliban fighters had American-made weapons on display when they were pictured sitting in the presidential palace. They consider the US guns more accurate and having greater range than their AK-47s.  Many of the AK-47s in Afghanistan are copies, but some were left over from the 10-year Soviet occupation that ended in 1989. During recent crisis, however, the Taliban insurgents, with smaller numbers, less sophisticated weaponry and no air power, proved a superior force. Some Taliban fighters were also seen trading their Russian-made AK-47 rifles for the US guns. Other images also show Taliban forces capturing abandoned government vehicles and helicopters. The Taliban, in this war, have grabbed not only the political power but also US supplied firepower, guns, ammunition, helicopters and much more. It is also reported that the Taliban has an air force now with 11 military bases. This includes an army of well-trained soldiers equipped with latest weapons and gadgets. The weapons will strengthen Taliban’s authority and clearly going to be a massive boon to them.

Built and trained with the cost of $83 billion for 20 years, the Afghan security forces have collapsed very easily and completely. It has made Taliban the ultimate beneficiary of the American investment because a fair amount of it has fallen into the hands of the Taliban. The debate is evolving about the capacity and will of the members of the Afghan National Defense and Security Forces (ANDSF) for not fighting for Kabul.

Technically, the Taliban neither studied the war strategies by Sun Tzu or Clausewitz, nor they attended the modern military staff colleges to learn the art of war. But, the way they have won this war is demonstration of a well defined objective. When the rest of the world has been underestimating their abilities, they, with the very limited resources, have been preparing themselves for an all out victory.

The US and the Afghan forces have lost the Afghan war militarily and politically. The Taliban have proved an intangible moral factor and will to survive and fight, as Sun Tzu and Napoleon concluded centuries ago that the will and morale are critical intangibles in a war. With the Fall of Kabul, a Global War on Terrorism (GWoT) in Afghanistan came to an end but the world still needs to see who in the line of fire will fight a war against Terror by Taliban.  The prime focus by the regional and international actors in this environment should be averting a humanitarian catastrophe. Though the Taliban are providing reassurances, the fearful Afghans look for the exits. The crisis is displacing thousands of people in the middle of a pandemic. History tells us that the humanitarian concerns and wars can not be separated. The situation in Afghanistan lacks a clear vision. The fragile institutions build by the West and Afghan forces have further worsened the situation. The Afghan people are already feeling abandoned by the Western countries and Pakistan will not be able to offer permanent resettlement to displaced. Regionally, the countries impacted by Afghan instability, need to adopt a regional approach, which is in the larger interest of the region. Excluding big powers in Afghanistan should not an option.

Note: This article appeared on Eurasia review, dated 20 August 2021.
Disclaimer: The views expressed in the article are of the author and do not necessarily represent Institute’s policy. 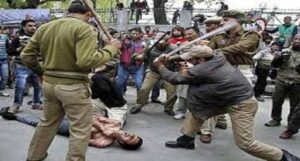 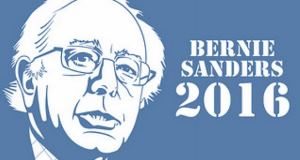