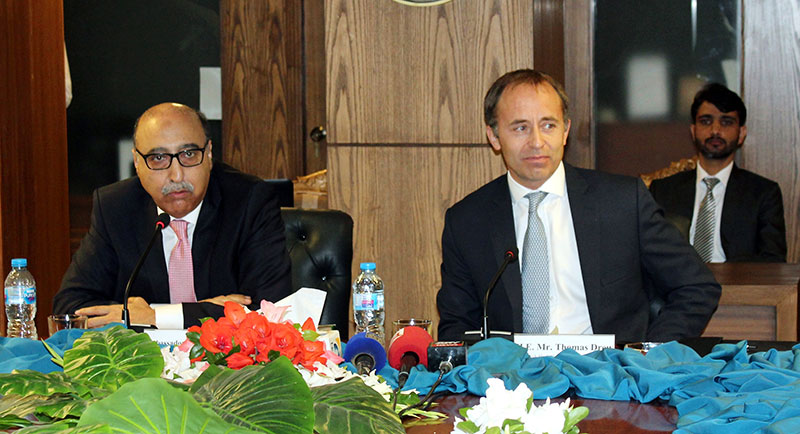 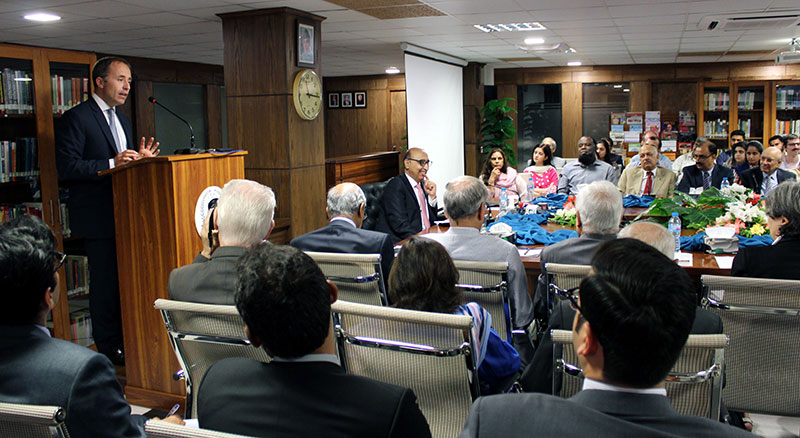 Islamabad Policy Research Institute (IPRI) held third round of its “Ambassador Lecture Series” talk on September 4, 2018 at IPRI Conference Hall, Islamabad. British High Commissioner to Pakistan, H.E. Thomas Drew was invited as the guest speaker to share his views on “Post-Brexit Foreign Policy: Future of Pakistan-UK Relations.” Ambassador Thomas Drew took up his appointment as High Commissioner to Pakistan in February 2016. His first overseas posting was to Moscow from 1998 to 2002, where he headed the British Embassy’s economic team. He has been posted to Pakistan before, working as Political Counselor in the British High Commission from 2006 to 2008.

Thomas Drew highlighted the historical context, current challenges — national, bilateral and regional, including the impact of Brexit and future prospects for Pakistan and the United Kingdom (UK). He further explained that more than two per cent of the UK’s population now traced its roots back to Pakistan. British Pakistanis have a significant contribution to the social, economic, academic, cultural, and political fabric of the country, with 12 members in the House of Commons of Pakistani origin acting as a connecting bridge between Pakistan and the UK. In the post-Brexit world, the UK and Pakistan can benefit from each other’s economic success. He explained that the UK was Pakistan’s biggest trading partner in Europe and the third biggest investor globally. This will be the best guarantee of the future stability and prosperity of both countries, particularly in the post-Brexit world.

High Commissioner underlined that the UK was also reshaping its place in the world. Clearly, the UK decision to leave the European Union (EU) has far reaching consequences for our relationship with the continent. However, while the UK is changing its political relationship with the EU, it is not leaving Europe and its friends on the continent. Furthermore, the High Commissioner also predicted that UK’s commitment to international security had not changed, nor will it in the future.

While explaining the potential of Pakistan’s success, High Commissioner expounded that Pakistan’s young and growing population was also in some ways a huge asset, but its growth needed to be sustainable and matched by Pakistan’s resources. He underscored that the core of British policy towards Pakistan was to do what UK can to support the upside scenario; to support Pakistan fulfilling its potential. He explained that UK did support Pakistan through it diplomacy, as critical friends and through using UK’s own influence internationally. Furthermore, the UK also supports Pakistan through its operational cooperation, through development assistance and through British business.

While explaining the importance of China-Pakistan Economic Corridor (CPEC), the High Commissioner stated that the CPEC offered great potential to Pakistan but it should be part of a more ambitious vision that would see the wider opening of trade towards North, South, East, and West. He also indicated that South Asia had so much in common, yet its nations cooperated relatively little. As significant internationalist powers, but not superpowers, Pakistan and the UK have an interest in the preservation of an international order, based on the application of law rather than might. He enlightened the audience that Pakistan had sacrificed much alone but Pakistan knew well that in a world with global problems, no country was able to address all the challenges alone. Alliances and partnerships are more important than ever and Pakistan will find UK as global alliance partner. Furthermore, the UK and Pakistan also have a shared stake in strengthening the rules-based international order to be fit for the challenges of the 21st century. Pakistan witnessed the second consecutive democratic transition of power in its history. The High Commissioner pointed out that he noticed a much greater sense of space for politicians to think about the real issues that will shape Pakistan’s future. He explained that it was good to see the parties competing on issues such as health and education in the last election campaign.

Pakistan and the UK have to work hard together operationally and through our legal systems to deal with threats to both of our countries – whether from crime, terrorism or illegal migration. Criminals of neither country should be allowed to find refuge in the other. Furthermore, tackling illicit finance and countering extremism is a growing priority of the British government, as it clearly is of the new government in Pakistan too. Our joint work spans health and nutrition, the economy, taxation, police and judicial reform; governance; supporting the institutions of democracy; and much more.

However, two areas are of particular importance for the UK in Pakistan. The first is education. With 60 per cent of Pakistan’s population under the age of 25, education (and particularly education for girls) is critical to Pakistan’s future. He explained that for all the excellent work to improve things in recent years, a literacy rate of just over 50 per cent was not nearly good enough for a country of Pakistan’s standing and potential. It is no coincidence that education is the biggest thing that UK does in Pakistan. The value of Department for International Development (DFID) investment in education in 2021 will be nearly a billion pounds. This is in addition to the excellent work of the British Council in schools, vocational training institutions, and universities in Pakistan.

The second important aspect is regional connectivity, which impacts on both Pakistan and UK’s joint short-term security agenda as well as our shared aspirations for Pakistan’s long-term success. He pointed out that Pakistan was at the geographical heart of Asia. India, with over a billion people lies less than 200 miles to the East. To the West are Afghanistan and Iran, with a combined population of over 100 million. Further North are the energy rich states of Central Asia. Pakistan is the natural junction among all of these huge markets and the vast resources at their command. Yet we must accept that neither Pakistan nor the region has in recent years been able to match its historical past by constructing the modern links from East to West and West to East, that are so sorely needed. Pakistan and the UK have shared international interests too. Against the backdrop of the growing challenges to the international order, the UK and Pakistan have a particular shared interest in a multilateral system that works. It is no coincidence that both the countries invest heavily in the United Nations (UN); an example of both states’ mutual interest. 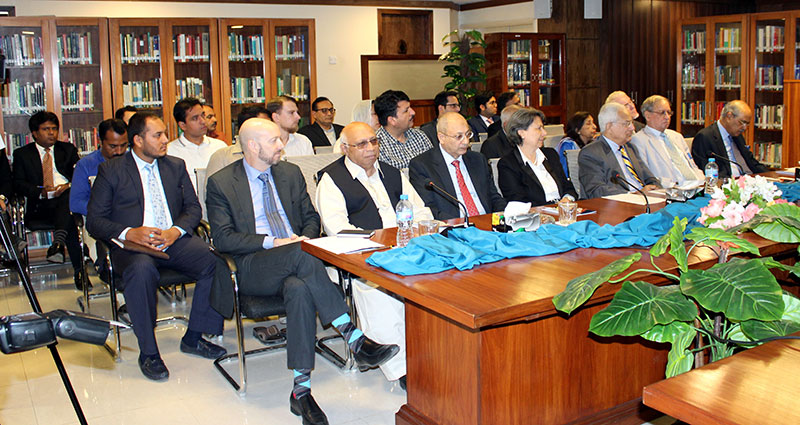 After the talk, H.E. Thomas Drew responded to the following different questions:-

Question: Ambassador (R) Abdul Basit, former President IPRI, stated that at times India-UK relations somewhat affect Pakistan-UK relations in more than one ways. Considering this, how Britain can be instrumental in pushing India to revive and re-engage bilateral talks between the two countries, particularly on the dispute of Jammu and Kashmir?

Answer: Thomas Drew said that there was no debate on the fact that resolving Kashmir issue will bring peace in the South Asian region and ease the tensions between the two countries. He further added that back at home we do not consider taking any sides rather work on all of Asia policy, which means maintaining friendship with Pakistan, China, and India as well. On engaging India and Pakistan and particularly factoring in the dispute of Jammu and Kashmir, he said UK believed in conveying concerns through bilateral engagements to India and Pakistan respectively and UK would continue to do its best.

Answer: He responded by saying that since the EU had a common foreign security policy; however, British foreign policy had never been defined by the EU. The level of ambition, globalism, and internationalism will not be changed and the UK will continue to work with its regional and global partners in the post-Brexit foreign policy, which applies to Pakistan too.

Question: Another question was raised by a participant regarding Britain’s assistance towards Pakistan government in terms of apprehending Pakistan’s financial offenders who were residing in Britain. The participant also wanted to listen to Thomas Drew on the issue of money laundering and how the UK could assist Pakistan in this regard.

Answer: Thomas Drew responded to second part of the question by saying that in case of assistance to Pakistan, we will follow the course of law and decisions on any request will be taken on merit. Regarding the money laundering and illicit financing, he stated that the British government has increased its efforts and taken actions against illicit finance and this is something, which is not only confined towards Pakistan but it is a global threat and measures are being taken. He refrained from giving answer of the first question and clarified that as a representative of the UK government, it is not our policy to comment on individual cases.

Question: Ambassador (R) Fozia Nasreen wanted to hear from the High Commissioner regarding the possible engagement between the UK and Pakistan in the area of climate change.

Answer: Thomas Drew said that the climate change and its affects had gained importance in the Common Wealth meetings. He further added that this was in UK’s top agenda to talk with the new governments in order to tackle climate change and water issues.

Question: A question was raised by a participant regarding the Nuclear Suppliers Group (NSG) membership as both India and Pakistan were striving for it. How can UK assist Pakistan in attaining the NSG membership?

Answer: The High Commissioner responded that the NSG membership had become a very difficult issue, which came often into discussion. However, the NSG membership is something, which can be awarded on the basis of meeting the set criteria for the group. 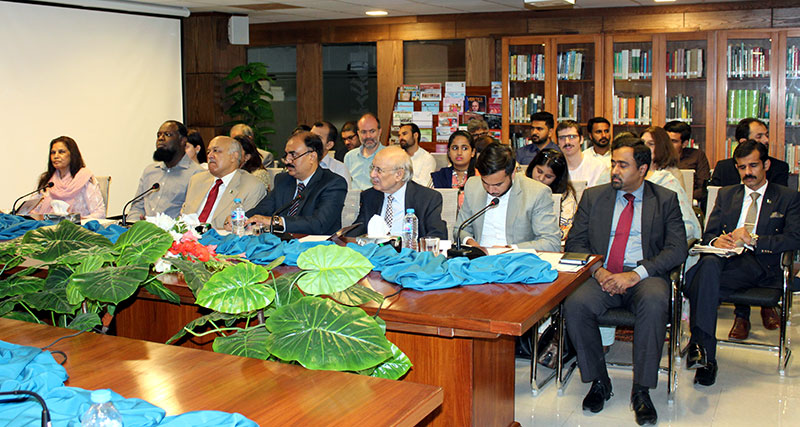 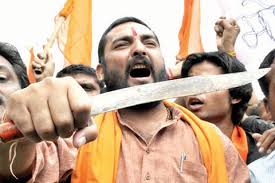