Climate Change is an inevitable phenomenon which has lasting effects on the survival of mankind. Despite Pakistan’s vulnerability to Climate Change, it has been given less priority by the government due to other national issues of high concern. The climate change in Pakistan has resulted in extreme weather conditions, torrential rainfalls, irregular floods, droughts, sea-level rise, glacier melting etc. Currently, Pakistan has been ranked seventh among countries that are vulnerable to the adverse effects of climate change. According to the World Bank report, Pakistan has suffered 3.86 billion losses annually due to climate change. The depletion of natural resources, water shortage and food insecurity are some of the risk factors because of rapid climate change trends in Pakistan. The climate change has grave impacts on the economy and health sector in Pakistan. 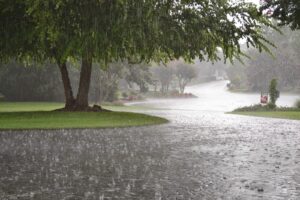 In a recent monsoon rainfall distribution analysis by the Pakistan Meteorological Department (PMD), it has been reported that over the past three decades the climate change has resulted in a 100 kilometers spatial shift towards west in the overall monsoon pattern in Pakistan. There is a spatial as well as seasonal shift in the rainfall distribution patterns. The summer monsoon has shifted towards the end of the season and similarly the winter rains have shifted towards late February and March. In the Monsoon Outlook 2017, it has been forecasted by PMD that there would be normal rainfall in July while less than normal rainfalls during the months of August and September this year. However, it has been predicted that there is a possibility of localized floods in Khyber Pahtunkhawa (KP), Azad Jammu and Kashmir (AJK) and Gilgit-Baltistan (GB) during monsoon due to heavy downpour in the upper regions of Pakistan. Some torrential rainfall in the urban cities may also lead to urban flash flooding during the monsoon.

It is important to note that a recent report: ‘A Region At Risk: The Human Dimensions of Climate Change in Asia and the Pacific’, jointly produced by the Asian Development Bank (ADB) and the Potsdam Institute for Climate Impact Research (PIK) claims that Pakistan lies in those regions whose geographical location makes it more prone to rise in temperature than rest of the world. It has been reported by the CNN that in the next 30 years there would be 20% increase in the rainfall events in Asia. Earlier, the Intergovernmental Panel on Climate Change (IPCC) had predicted that by 2030, the glacial ice would vanish from Pakistan due to rise in temperature but later added few more decades to it. The study carried out by the Global Change Impact Study Centre (GCISC), research wing, Pakistan’s Ministry of Climate Change has pointed to an average increase in temperature in Pakistan would be at faster pace than rest of the world. All these predictions draw a tormenting picture of Pakistan facing massive flooding, food insecurity and droughts in the future.

The rapid rise in temperature in Pakistan due to climate change has impacted the monsoon trends by changing the intensity and timing of precipitation. The temperature rise in Pakistan has the potential to trigger rapid melting of glaciers in the North and leading to “flash floods” in the country. Thus, the change in monsoon patterns due to climate change pose serious risk to life and property. The heavy flooding and power outrages would create problems for the citizens in Pakistan. The monsoon patterns would adversely affect the agriculture and industrial sectors in Pakistan. The likelihood of health issues and food insecurity due to fluctuating weather and irregular monsoon cycles would add to the woes of the common people. Therefore, these unpredictable weather patterns and heavy monsoons must be dealt with appropriate water management, efficient sewage mechanisms and proper irrigation practices.

Climate Change is the new catastrophe that needs to be addressed at urgent basis. Pakistan must employ a new flood management approach and devise contemporary ways to mitigate the risks of monsoon. In order to tackle this monsoon threat, the National Disaster Management Authority (NDMA) in June last month hosted the “National Monsoon Preparedness Conference 2017” to review the efforts at the federal and provincial level regarding monsoon season to discuss the flood fighting measures, rescue techniques and post-flood rehabilitation strategies.

It is recommended that the government should improve the sewage and drainage system across the country. The authorities should ensure uninterrupted power transmission to the local population.  Extensive health care facilities must be provided to people particularly during the monsoon season to avoid waterborne diseases such as dengue epidemics break out because of water stagnation in Lahore or in other cities. There must be proper chlorination of drinking water in all vicinities especially in Karachi to kill the presence of “brain-eating amoeba.” There is a need to have proper weather forecasting systems, pre-monsoon and post-monsoon strategies, followed by proper implementation of Climate Change Act 2017 to control the devastation caused by the monsoon season in Pakistan. 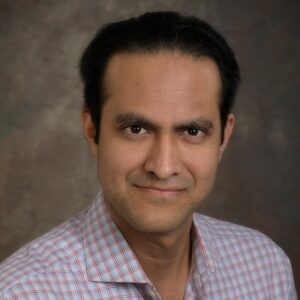 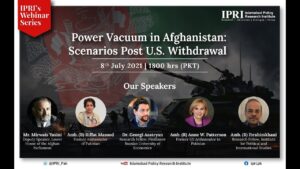 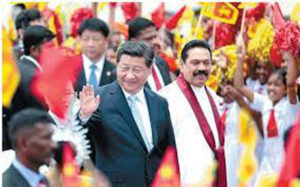