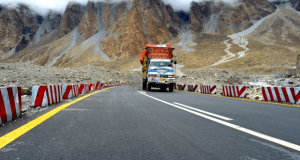 The Belt and Road Initiative (BRI) and Indo-Pacific reflect the emerging power dynamics globally. The BRI focus is on economics and regional connectivity. The “Indo-Pacific” strategy led by the US / and allies supports India’s larger role in Asia Pacific. Pakistan as part of CPEC is central to global developments. Pakistan and China relations irrespective of domestic politics, regional and global developments have remained strong. The China-Pakistan Economic Cooperation (CPEC) is a relatively new project and has added zeal to the China-Pakistan strategic partnership. China and Pakistan geopolitical convergence of interest has brought the two ally partners closer. The CPEC is a Chinese and Pakistan led initiative; the project aims at promoting inter-regional connectivity. Pakistan’s inclusion in CPEC is due to the country’s geostrategic location. While, for China, the corridor is an alternate trading route. The corridor will not be a mere transit trade, rather it will open up prospects of trade cooperation between Pakistan and China as well as economic cooperation with other regions / countries. Thereby, the corridor project has been of interest to regional as well as global audiences. At the regional and global fronts, CPEC is being viewed with optimism, however, there are elements skeptical towards the corridor and the dividends attached to it. CPEC is a part of BRI, which makes it controversial for those opposed to China’s rise and Pakistan.

Looking at Pakistan and the economic benefits linked with CPEC, at first, the corridor has transformed Pakistan’s image from a fragile economy to an emerging trading hub. The infrastructural developments and energy projects undertaken as part of CPEC will boost the socio-economic indicators, which will positively impact the life of a common citizen. It will be a setback to the inimical elements, involved in exploiting the weaknesses at the societal level. This, in turn, will strengthen Pakistan against the extremist forces. With stable economy, Pakistan will be able to navigate through the challenges, and come up strong internally and externally. CPEC other than the economic dividends has raised the country’s regional positioning. It has, in fact, made Pakistan central to global developments.

The political and economic dividends of CPEC carry opportunities, but competitive tendencies coupled with the opposing forces offer resistance. The road to economic prosperity is not that smooth. The Indian opposition to CPEC reflects belligerence. However, the opposition against CPEC should not be a hindrance, through steadfastness and collaborative initiatives, the development projects should move forward. The people-to-people interaction and educational exchange between Pakistan and China should be encouraged. Pakistan needs to learn from China’s economic progress (GDP US $ 4.2 trillion) and technological expertise. The China’s economic situation during the 1980s was similar to the present day economy of Pakistan. China’s successful poverty eradicating measures are an example for Pakistan. In view of the optimism that every Pakistani links with CPEC, the focus of economic growth should be to improve the life of a common citizen. The idea of Special Economic Zones (SEZs) developed within the corridor project is to empower the backward areas and attract investment. The government needs to play the role of a facilitator in providing access to the SEZs. The provincial governments should focus on the development of the area. The local population also needs to understand that opening up of the area to outside industry will be an opportunity to catch up with China’s industrial development. The industrial cooperation between China and Pakistan, compounded with the guidance of Chinese experts, will provide an excellent opportunity for Pakistan to strengthen industrial capability and national domestic economy. The public-private partnership initiatives to ensure sustainable development and timely execution of projects also needs to be encouraged. The government institutions in collaboration with private organizations can carry out research. This will enhance the efficiency of the government institutions, and with in depth knowledge and research pertaining to a specific project, output can be improved as well.

[Disclaimer: The views expressed in the article are of the author and do not reflect the Institution’s policy] 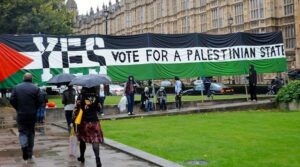