The Islamic State of Iraq and Syria (ISIS) also called Daesh is a terrorist group in Iraq and Syria with deep ingress into other regions that include Middle East, North Africa, Europe, South and East Asia. In recent times, Daesh has emerged as a potential threat to the Islamic world since it targets Muslims. Daesh is basically a broken faction of Al-Qaeda that follows the ideology of Wahabism and Takfiri Jihadism. It aims to establish its Khilafat/Caliphate all across the world. Daesh is more than just a terrorist organization with its own territory, economy, complete system, thousands of people under its cover, own system of welfare and strong communication channels.

Daesh represents the phenomenon of transnational terrorism with its terrorist attacks planned in one country and executed in another country. As an organization, Daesh is systematic and modern in logistics and operational tactics. It has been recruiting and radicalizing Muslim youth from all over the world by using social media as a tool. The group has used internet especially ‘Twitter’ to brainwash the minds of teenagers and adults with its terrorist ideology. Till mid-2016, Daesh had published Dabiq and other online magazines for propaganda and recruitment but since September 2016 these magazines are replaced by regularly released Rumiyah, an online magazine which is published in several languages including English, French, German, Russian, Indonesian and Uyghur. Rumiyah has been successful in gaining popularity in the Muslim youth especially from the West which is unhappy and discontent with the US led West’s anti-Islamic policies. Through Rumiyah, Daesh justifies its operations, killing of fellow Muslims and acquires support and funding. In fact, the ideology and strategy of Daesh is completely unIslamic and inhuman in nature and practice.

Islam is a religion of peace, love, moderation and justice. Islam teaches co-existence and tolerance among various ethnic, social and sectarian entities. Glancing at the history, one finds that despite presence of Islamic civilizations in different regions such as Africa, Middle East, Central Asia etc. the Islamic societies that emerged in cosmopolitan cities such as Cairo, Baghdad, Istanbul, Damascus, Jerusalem etc. have produced perfect examples of endogenous and inclusive cultures embedded in diverse and complex environments under different political establishments.  Contrarily, Daesh practices its own brand of Islam and politico-economic system. By exploiting the anti-Western sentiments, fragile state structures, weak security apparatus, Shia-Sunni divide and wide political vacuum in the failed and unstable states, Daesh has taken control of vast areas in Iraq and Syria. Daesh propagates brutality and violence as tools to spread its ideology. It rejects state system and promotes anarchy and chaos. Daesh declares all Muslim rulers as infidels and acting on behest of non-Muslims, so they deserve to be killed.  The Daesh version of Islam and its ideology has harmed the cause of Muslim Ummah and has presented cruel image of Islam and its followers.

Subsequently, Daesh has become an existential threat to Islam. Daesh poses serious threat at two interdependent levels. Firstly, it has spoiled and distorted the true image of Islam and its followers. The peaceful and moderate character of Islam has been branded as protecting and promoting terrorism, violence, intolerance and oppression. Secondly, the Salafi Jihadist teachings are being propagated to justify the jihadi narrative and terrorism against the fellow Muslims on the sectarian grounds. The periodic attacks on Holy places, mosques, shrines and massive killing of non-Muslims, Shias and other religious groups on baseless excuses and justifications have never existed in Muslim societies in the Islamic history. Therefore, the real danger posed to Islam and the Muslim world by the false and unIslamic propaganda of Daesh need to be addressed immediately.

Unfortunately, the international coalition against Daesh and use of military means to fight Daesh have proved ineffective in weakening the group. The Muslims along with the international community must tackle this anti-Islamic terrorist group through collective action and joint efforts by addressing the root causes of extremism and radicalization. The religious scholars, academics, intellectuals and statesmen must shun the Daesh narrative and preach the real Islam. The international community must collaborate with the Muslim world to devise a comprehensive and political strategy to address the global threat of Daesh. 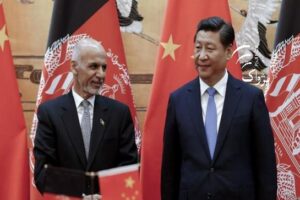 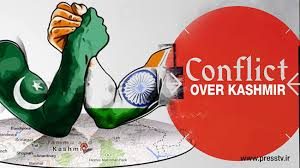 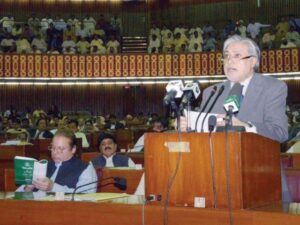