By and large Indian media applaud its Mars mission on 5th November 2013 when it was successfully launched from the “Sriharikota in Andhra pardesh”.Common Indian Citizens thought that now their country has become major super power of the world because before it only America, Russia and EU have succeeded in this field. Delhi official circles gave the impression that now India has too advanced than china and japan.  So it has become the leader of Asia.

While the Mars mission got wide praise, there were voices which questioned the need for spending Rs 450-500 crore on it when the country is facing hunger and poverty.

“It is not value for money… It is more disturbing that somebody is making a claim that they are going to find presence of life on Mars. This is really moonshine,” Nair said.

India-born scientist with NASA Amitabh Ghosh   criticized the Mars Mission. And wrote that. ISRO need not recreate what has already been done

It is a interesting that few days back, The 2013 Global Hunger Index (GHI), released on 14 October 2013 by the (IFPRI), it revealed that 842 million people are chronically under nourished across the world. And among them 230 million are from India alone.

And world hunger still remains “serious,” with 19 countries suffering from levels of hunger that are either “alarming” or “extremely alarming.”

• India has moved from 65 to 63 in the Global Hunger Index, making a marginal improvement since 2012, but continues to suffering far behind other emerging economies.

India continued to trail behind Pakistan (57) and Bangladesh (58) Sri Lanka (43) on the index.

• The level of hunger in India remained at ‘alarming levels’ and the report also noted that it is one of the three countries outside Sub-Saharan Africa to fall in this category. The other two are Haiti and Timor-Leste.
Above mentioned paragraphs shows real face of India’s achievements

Though the situations in Pakistan is also not too good but slightly   better than India .In spite   of this Pakistani government and people are trying to improve the relations with India but Delhi’s response is not so positive. It should be hoped that Delhi will also respond positively in the large interest of the both countries. 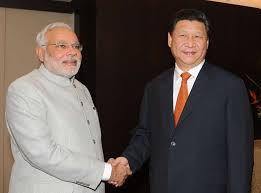