Pakistan is the fifth most vulnerable country to climate change

Jason Edward Hickel’s tweet was a source of consolation at a time when my fellow countrymen are in distress owing to a deluge. The renowned economic anthropologist, while lamenting over the unprecedented level of destruction, wrote: “Pakistan needs urgent international assistance, and it should come in the form not of aid or charity but reparations for climate damages shouldered by elites and corporations that control and profit from fossil capital.”

The author of the world-famous book, The Divide: A Brief Guide to Global Inequality and its Solutions, was, indeed, candid as he went on to say: “This is a case for reparations. The rich countries are responsible for over 90 per cent of the excess emissions that are causing climate breakdown.” Pakistan by contrast is still under its fair share of the planetary boundary for emissions.

Hickel has outlined a perfect case of remedy as the State of Pakistan gears up to rebuild the nation. There is no point to be apologetic, nor to shy away from calling a spade a spade. This argument on the basis of climate change should suffice to recast our mindset too, while dealing with major powers and donors. We must not limit rehabilitation on cosmetic measures, as we are obsessed with doing over the period of years.

This deluge is natural-cum-man made as far as Pakistan is concerned, as the nation-state had blinked quite a many times in not erecting a formal infrastructure to tame the gushing waters down the stream while being a lower riparian state.

Pakistan, unfortunately, had built fewer dams in the last 75 years, as compared to the needs of its gigantic territory. Whereas, India and Iran had built hundreds of dams and water reservoirs, as we kept ourselves engaged in an absurd diatribe of provincialism. We personalised the choosing of sites for building dams. Thus, PC1s of Kalabagh, Diamer, Basha and countless other dams were gathering dust in ministries, as floods fathomed us year after year.

Pakistan is the fifth most vulnerable country to climate change. The country is home to most glaciers in the world outside the Polar Zone, but we did not address this geographical exigency merely because of ad hocism at work.

Thus, the monsoon of 2022 had once again left us in tatters, but this time worst to the core. Sindh and Balochistan are submerged in water with no recourse to rehabilitation. Punjab and Khyber-Pakhtunkhwa are on the edge, trying to figure out where and how to begin. The Northern Areas are in a dilapidated state hit by flash floods.

This summarises the equation to a total-loss matrix, depriving the country of standing crops, plummeting dozens of bridges and crossovers, and washing away more than 6,000 kms of roads and highways. Donor agencies have estimated infrastructure damages to the tune of $10 billion. At the tip of the receiving end are around 35 million people who are directly impacted having lost their homes, belongings and livestock.

Isn’t this anyway a lesser destruction than a war? Indeed, more than that. General Monsoon, taking a cue from Napoleon’s defeat at the hands of ‘General Winter’, had played havoc. The country is on its knees.

The logical question is, what is the plan to rebuild it, and how? Hickel has listed out a roadmap. Pakistan must seek reparations, and take the case to the world fora. It’s time Pakistan was bailed out of its entire debt, in order to enable it to bounce back.

The Kyoto and Paris protocols are testimony to how Pakistan is on the receiving end. All it demands is a vociferous lawfare suit and stringent advocacy to seek damages.

Pakistan should and must exit this debt trap. It is not leading anywhere. There is an opportunity in a disaster to chalk out a strategy and get international loans written off. Two points are very pertinent for Pakistan: One; it has been a sustained victim of realpolitik at the hands of revulsions in the region and, of late, the War on Terrorism. Two; emissions from the industrial world are melting its glaciers and inundating it into an abject annihilation. It’s time to put the foot down.

Note: This article appeared in Tribune, dated 10 September 2022.
Disclaimer: The views expressed in the article are of the author and do not necessarily represent Institute’s policy. 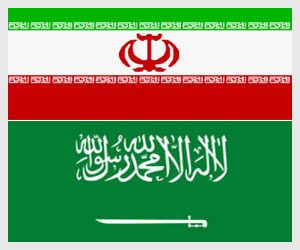