As Pakistan and India gear up to resume talks under the renamed ‘Comprehensive Bilateral Dialogue’ to discuss all issues, Indian side is striving to wriggle out of the albatross that it grew out of its fictional and unsustainable anti-Pakistan rhetoric. Sway in the recent statements by Indian external affairs Minister Sushma Swaraj reflect the uncanny situation in which India is entrapped. Minister is striving to make believe Indian public and parliamentarians that India is only talking to Pakistan on terrorism and matters related to terrorism.

While responding to a related query during weekly briefing on December 17, the spokesperson of Pakistan’s foreign office said: “All the elements that were part of the Composite Dialogue are included in the Comprehensive Bilateral Dialogue. What is important is to have a dialogue between the two countries, which is uninterrupted and result-oriented…You must attach significance to the fact that the statement issued on December 09, 2015 was a Joint Statement”.

Shushma stated in the lower house of Indian parliament: “War is not an option…dialogue with Pakistan is the only way to remove “the shadow of terrorism”. Her comments came days after she had told the upper house of parliament that the Modi administration intended to have an ‘uninterrupted’ dialogue process with Pakistan; there is no third party, and through talks, both countries are trying to resolve the issue of terrorism.

The joint statement of December 09 had said that all issues, including Kashmir, Sir Creek, terrorism and anti-narcotic efforts, will be discussed in the comprehensive dialogue. Both sides, accordingly, agreed to a comprehensive bilateral dialogue and directed the foreign secretaries to work out the modalities and schedule of the meetings under the dialogue including peace and security, CBMs, Jammu & Kashmir, Siachen, Sir Creek, Wullar Barrage/Tulbul Navigation Project, economic and commercial cooperation, counterterrorism, narcotics control and humanitarian issues, people to people exchanges and religious tourism.

When questioned by Ganesh Singh, a BJP law maker, whether India was exploring options similar to the way US forces had mounted a raid in Abbottabad against Osama bin Laden, Sushma cautioned that “war is not an option”, rather they were talking to Pakistan on addressing alleged terror camps in Azad Kashmir. However, she warned that the talks will not be immune to provocations from ‘saboteurs’. “But we want to make it clear, our prime minister has made it clear, that talks and terror can’t go together…Dialogue is drowned by the sound of explosion”, she said.

The Times of India quoted her as saying that comprehensive bilateral dialogue is expected to begin with the objective of “removing hurdles in the path of a constructive engagement”. Swaraj told parliamentarians that they would need to have some faith for the talks to proceed. She informed them that Indian government had raised the issue of 26/11 Mumbai attacks and asked the Pakistani government to expedite the probe against alleged perpetrators. And that “Kashmir is most affected by terrorism.”

Pakistan’s High Commissioner to India Abdul Basit Pakistan said on December 16 that defeating terrorism required coherent, cogent strategy by setting aside individual and collective biases. “Terrorism is a global, regional, national and local phenomenon; it could not be defeated through half-baked and incoherent strategies…We must transcend our individual and collective biases to eliminate terrorism and ensure that this menace does not resurface anywhere in the world…The international community must understand our pain. It hurts us when we see Pakistan being painted by some with closed eyes. No other country has suffered more from violent extremism than Pakistan”. Basit further said that terrorism had no religion or faith and that Pakistan will fight the scourge to the end.

Pakistan’s National Security Adviser Nasir Janjua termed the meeting held between Pakistani and Indian delegations led by respective NSAs a ‘new beginning.’ In an interview to Indian newspaper, Janjua suggested to both countries to reduce tensions by forgetting the past events and to move forward with new hope and dedication. He said that the conflicts had to be resolved by the present governments instead of leaving it for future generations.

Earlier Shushma had said: “We said we can talk so that terrorism comes to an end. So talks between NSAs took place in Bangkok where we discussed about terrorism. But one meeting will not bring a solution to all the problem. So we will continue the dialogue.” She went on to state that during her recent visit to Pakistan the two sides decided that the NSAs will continue to address all issues connected to terrorism. Indian is articulating that dialogue will move forward as Pakistan helps in the trial of those accused of involvement in Mumbai terror attack of 2008. India has succeeded in turning David Headley as an approver, he has been pardoned by the trial court. Now, India would accrue statements form him aimed at incriminating Pakistan to ratchet up pressure. Indian objectives out of the dialogue process may be to keep the incremental pressure on Pakistan with regard to Mumbai attacks and pursue a transit trade route to Afghanistan and beyond. However it has not offered anything in return not even expeditious disposal of Samjhota Express bombing.

Anti-minority rhetoric on account of cow slaughtering did not attract favourable feedback within and outside India. Pakistan bashing has not brought political dividends, and during the electoral process, state after state has rejected Modi and his erratic trajectories. While Prime Minister Modi’s image in South Asia has been on the decline because of his highhandedness towards Nepal, Sri Lanka and the Maldives. India may be pinning hopes that a façade of thaw with Pakistan would mitigate the tailspin. Indian civil society’s reaction to extremist policies by BJP’s militant wing RSS has compelled political faction of BJP to redo its domestic and regional approach through tactical adjustments.

In Pakistan, Prime Minister Nawaz Sharif’s consistent obsession of outreach to India may be out of place, likewise enthusiasm of young National Security Advisor to put behind the past may be out of sync with ground realities. For the past one-and-a-half years, India had pursued a deliberate policy aimed at sabotaging bilateral dialogue with Pakistan. India has a tendency to treat even cultural and sports exchanges as a concession to Pakistan for which Pakistan must cede some strategic space; the fate of ICCI underwritten cricket series and the way India manoeuvred to scuttle it is reflective of prevailing Indian mind-set.

As Pakistan seeks to explore the dividends of peace with its Machiavellian neighbour, it should not lower its guard;it ought to follow a sound and viable quid pro quo approach. One must be mindful that, many similar thaws have come and gone by without bringing any enduring positive change. While engaging India, Pakistan is known for unprofessional negotiation skills—showing all its cars on the outset and offering strategic concessions without accruing anything in return. There is need to watch out for Musharraf syndrome and Ufa fiasco. India appears to be trading nothing for concrete actions by Pakistan. Indian calculus has it that a jumpstart of dialogue would be a good enough lolly pop for Pakistan. Indian may only be making symbolic changes to offset international pressure, and redo Modi’s dwindling popularity at home and abroad.

Pakistan does not mind a change of brand name from “Composite Dialogue” to “Comprehensive Bilateral Dialogue” provide the spirit of talking everything simultaneously and making equitable and simultaneous progress in all eight plus sectors is ensured. India needs to quickly shed its domestic political baggage and move on other issues falling in the ambit of the comprehensive dialogue so that the process moves out of vicious zero sum encapsulation. 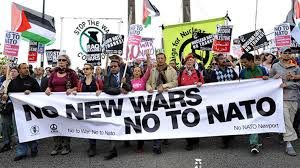