Envisaging a path free from discord

The answer may lie in our quality of democracy and political instability after the last two military interregnums in national politics. Interrupted democratic regimes and weak democratic pulse in the internal organisation of the political parties led towards a public alienation from the electoral politics that slowly gave way to a frustration and yearning for a messiah. The burgeoning population, dwindling natural resources, and saturated job market created a longing for deus ex machina who could descend from heavens to correct everything that was wrong with the country. Waiting for proverbial Godot was therefore a large cohort of youth (64% in 2018) that wanted jobs, better life prospects and social justice. The revulsion with traditional dynastic politics was at its zenith when Imran Khan peddled his narrative of socio-economic justice and accountability of the rich.

Two concurrent trends were peaking at the same time when the above public apathy with the traditional national politics was at its zenith. One was the social media and communication revolution that had placed micro blogging platforms at the disposal of an angry generation ready to give free vent to its anger and frustration. The other trend was the conscious decision of the military as an institution to stay away from direct military intervention. The convergence of middle and lower middle class and the military’s hankering for a change within the constitutional limits was a rare civil-military concordance which however missed a third element propounded by renowned civil-military theorist Rebecca Schiff i.e. the political elite. According to Rebecca Schiff’s theory of Civil-Military Concordance the civilian control of the military would be best ensured through a concordance between the people, the military and the political elite over the cooperative relationship between the three.

It was a civil-military relations model quite distinct from the models proposed by the likes of Harold Lasswell, Samuel Finer and Samuel Huntington. The above scholars had proposed a separation of civil-military spheres as opposed to Morris Janowitz and Rebecca Schiff who had proposed involvement of the military in civilian spheres to build stakes for them in the stability of the democratic system of civilian governance. Pakistan having traveled a journey from military dictatorships of sixties, eighties and late nineties was trying to forge a new equilibrium in civil-military relations based on Rebecca Schiff’s concordance model when the Imran Khan phenomenon’s denouement was featured in the shape of 2014’s rights based political agitation of PTI.

The military instead of beating a retreat into the Huntington’s separatist model embraced the Schiff’s model of cooperating with the civilian dispensation. The public yearning for a meaningful change was gauged by the military as a genuine democratic impulse and led to cooperative relationship with PTI which some refer to as a hybrid democracy phenomenon. The military’s desire to be a part of the nationwide desire to usher in a real change in democratic and governance culture resulted in a client-protégé relationship initially which though later abandoned by the military stuck barnacle like to its image. The PTI government in turn also came to rely a little too much on the military for its own good. The military leadership meanwhile having realised the damage being done to its apolitical visage tried to distance itself from the politics and governance of the government.

The military’s attempt to take the needle back to the originally aimed apolitical role were however not reciprocated in the same spirit by the government and its politically charged young activists who misconstrued military’s apolitical stance as an effete neutrality worthy of being denigrated and criticised. The politics of promises and change meanwhile stymied by the hardcore realities of resource scarcity and economic constraints were in search of a scapegoat to explain the non-fulfillment of election campaign promises. The scapegoat was finally found in the shape of a vote of no-confidence process by the combined opposition wherein the military decided to stay out and let the constitutionally validated political process get unfolded. To the charged PTI young cadres and the middle class cohort that had pegged its hopes on the new dawn of a socio-economic revolution this was a betrayal. A non-constitutional intervention in the support of the beleaguered PTI government was being viewed as a patriotic duty of all state institutions including judiciary.

Why did the polarisation index come to such sorry pass that the constitutional process in parliament was openly excoriated by a political party? The answer perhaps lies in the way new generation was baptised into politics and the way those politics were structured. It was a culture of hate and otherness topped by a personality cult. Instead of a democratic culture of inclusivity a personality cult was actively promoted with social media platforms chosen as the preferred battle grounds for political narratives. After losing vote of no-confidence the PTI social media cohort went berserk with a vilification campaign against institutions flooding social media platforms with invective laden messages. So brainwashed and self-righteous were these troll brigades that they failed to see the absurdity of their expectation for judiciary and the military to take their political chestnuts out of fire through extra-constitutional interventions.

The social media platforms of PTI became echo chambers of super charged political activists stewing in their own juices resulting in further amplification of hate messages without a saner voice to counsel restraint. The spontaneous exploding of the vituperative volcano indicated a structural malaise. A whole generation of political activists instead of being schooled in democratic norms of plurality, accommodation and constitutionalism was weaned on a staple diet of hatred and cultism. It is time to introspect what went wrong. How could our young generation be schooled in democratic norms, civilised conduct and a respect for constitution, the only consensual social contract we have created in our turbulent democratic journey so far? The question is the pearl of high price for the civilian leadership especially after army’s clear predilection for fidelity to constitutionalism.

Note: This article appeared in Tribune, dated 03 May 2022.
Disclaimer: The views expressed in the article are of the author and do not necessarily represent Institute’s policy. 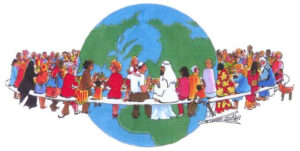 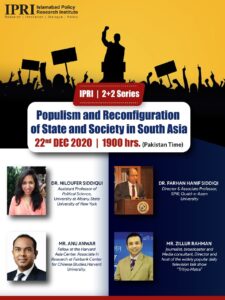 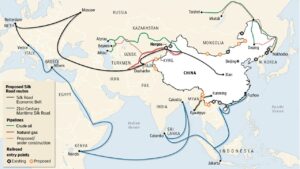