Countdown of President Obama’s White House days has begun, so he is making a last ditch effort to leave behind a legacy. And as there is none, he is trying to manufacture one by pushing through a UNSC resolution in support of Comprehensive Test Ban Treaty (CTBT); which the US is yet to ratify. His whole gambit of Global Zero had been a double speak. Practically, he helped nuclear proliferation in many ways. He allocated over a trillion dollar for a phased upgrade of American nuclear weapon programme; scuttled Fissile Material Treaty by not accepting to account-for existing stocks: under the garb of Nuclear Security Summit process, he advocated that NSS members transfer their surplus fissile materials to the US for safe keeping—some stooges complied; persistently kept bending backwards to re-rail Indo-US Agreement 123—an icon of horizontal proliferation etc.

Moreover, despite UNSC sanctions, Indians have been using the UN funded Centre for Space Science and Technology Education in Asia and the Pacific (CSSTEAP) facility, for training North Koreans in remote sensing technology since 1996. So far, North Korea has sent at least 30 students to train at the institute; Two North Korean students are currently studying there. All those who have gone back after training at CSSTEAP, occupy key positions in North Korean nuclear and space programmes.

The lapse was exposed only in March 2016 in an annual report to the UN Security Council. The “repeated applications” by North Korea, the report said, indicates the courses were relevant to its nuclear weapons and ballistic missile development programme. Some of the course modules at the centre training the North Koreans violated provisions of the sanctions. Report states that one of the courses offered instructions that “could be directly relevant” to “designing and testing a launch vehicle using ballistic missile technology, such as those on launch vehicles, attitude control, telemetry, tracking, command and data-handling systems”. Also a course on satellite communications was offered in violation of a resolution banning “any transfers” to or from North Korea, “technical training, advice, services or assistance related to nuclear-related, ballistic missile-related or other weapons of mass destruction- related programmes”.

Obama showered undue concessions on Indian nuclear programme, that added to Indian arrogance leading to its walking away from arms control and arms reduction talks with Pakistan. India has also not agreed to Pakistan’s latest proposal of converting their respective unilateral voluntary moratoria on nuclear testing into a formal bilateral arrangement.

And what he did to de-operationalized nuclear warheads under START III, instead of destroying them, Obama ordered their safe storage from where they could be operationalized on short notice. Frustrated with Obama’s duplicity, Russians walked away from the NSS process, and did not move beyond Start III.

While castigating Iranian and North Korean nuclear programmes, he slammed biting sanctions against the two. At the same time he chose to close his eyes on a nuclear city coming up close to Southern India’s village Challekere, for setting-up a thermonuclear weapons factory. He also chose to keep mum on 200 Israeli nuclear war heads, all targeted on Tehran.  Despite repeated recommendations by the NPT review conferences, he took no practical steps for setting up a WMD free zone in the Middle East.

Obama wants to ensure Indian entry to Nuclear Suppliers Group (NSG) through backdoor—country specific waiver— before he leaves White House, special plenary of NSG is likely to meet in Geneva before Obama leaves presidency. On the eve of earlier plenary Obama had made personal effort to gate crash India into NSG; Secretary of State John Kerry had written a letter to member states to let India in by setting aside the laid down criteria. However it did not work. America is also desperate in getting India into other strategic trade regimes, Indian has already parachuted into Missile Technology Control Regime (MTCR), despite the fact that its strategic export control regimes are not in compliance with MTCR and other regimes.

India submitted its application for membership of the NSG on May 12. Pakistan did the same on May 19. China and at least seven other countries blocked the consensus. China took the principled stand that entry to NSG should be through a criteria applicable to all non-NPT members. So for signing the NPT is one of the mandatory step for any country desirous of joining the NSG. Interestingly, NSG was setup in a reaction to India’s nuclear explosion of 1974 by stealing fissile material form a Canadian nuclear reactor, setup in India for peaceful purposes.

Countries that opposed India’s NSG membership application during Seoul plenary included China, Russia, Brazil, Austria, New Zealand, Ireland, Mexico and Turkey. To India’s shock, some of the countries that had initially pledged support for its candidature did not do so at the meeting. What surprised many in New Delhi is Mexico and Switzerland’s stand since both countries had promised support during Prime Minister Narendra Modi’s visit a few weeks ago. Brazil was also a surprise since India counted it in its solid support. Turkey took the bold stance by suggesting that applications by Pakistan and India should be clubbed together, which is the way forward.

Indians were quick to engage China at all levels. The latest negotiations took place on September 13, Anirban Bhaumik reported for Deccan Herald that a meeting between senior diplomats of India and China failed to make any breakthrough on the issue, China made it clear that it would oppose India’s entry into the NSG, unless the cartel opened its door to Pakistan too. The Chinese diplomats conveyed that Beijing would remain firm on its stand that the NSG should adopt a “two-step approach” to address the issue of admitting new members. They pointed out that China would like the NSG to first “explore” — through “an open and transparent” process — and reach an agreement on a “non-discriminatory formula” to deal with the issue of granting membership to the countries which had not signed the NPT. Once the formula is adopted by the NSG, the cartel should move to the second stage to take up the “country-specific membership issues”, press release issued by the Ministry of Foreign Affairs of the Chinese government stated.

Obamas’ predecessor George W Bush, went overboard to sign Indo-US nuclear Agreement 123. In doing so he earned the dubious distinction of setting a global precedence by allowing India to keep eight of its nuclear reactors outside the safe guards of International Atomic Energy Agency (IAEA)—no other country enjoys this luxury. India chose to keep those eight reactors outside safeguards which were suitable for stealing fissile material—heavy water old technology reactors with slow burn time, allowing ore partake. Fissile material from these reactors is sufficient to produce at least 100 nuclear weapons, of Kilo-ton category, per year. Moreover, the US also went along with Indian refusal to accept any safeguards on its ambitious Fast Breeders Programme, nuclear research facilities, and those nuclear power reactors which it may build indigenously—not a distant goal.

Despite tall talk of Global Zero, Obama did nothing to reverse these American proliferation blunders. Ironically, he still wants to be remembered as an icon of nuclear non-proliferation! While historians are likely to judge Obamas on Global Zero harshly, he should stop pressurizing NSG for letting India in, and leave the issue to the wisdom of his successor. 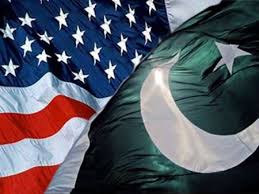 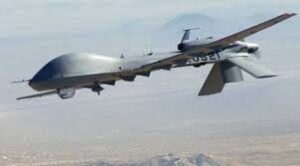 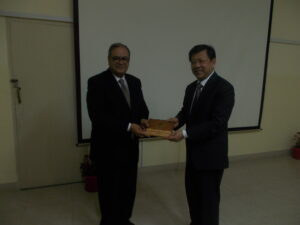