Pakistan is nearing its election and the political landscape of the country is flooded with campaigns featuring a lot of promises. Mainstream political parties have come up with their respective manifestos, and future programmes. But a debate or mention of foreign policy is altogether missing.

The entire focus is on domestic issues. Unlike in Pakistan, foreign policy matters play a very important role during elections in the Western world. According to Robert Jervis, “Even an era dominated by domestic concerns, foreign policy issues matter for the national welfare…as interest groups, professional diplomats, foreign countries, and non-governmental actors have to calculate and recalculate their interests.”

However, the leaders of all mainstream parties, i.e. Pakistan Tehreek-e-Insaf (PTI), Pakistan Peoples Party (PPP), and Pakistan Muslim League — Nawaz (PML-N)have failed to mention what they would do about foreign policy once any one of them manages to win the elections. It is an open secret that Pakistan probably is the only country today that faces a variety of complex challenges on the international front. Almost all leaders are engaged in domestic issues, but their naivety when it comes to foreign policy is disturbing.

Trump’s America and Modi’s India continue to challenge Pakistan’s strategic community to come up with responses in a complex world. Afghanistan issue has every tendency to make dents in the region’s geopolitics. President Trump is going to review his Afghan policy in a few months. China’s CPEC is already in place with overt dislike by the US and India. Resurgence of Russia continues with President Putin’s pivot and focus on the east. Iran’s nuclear deal was struck down and almost the entire Middle East finds itself in chaos these days.

These all are issues that matter for Pakistan. But we have not heard any leader during their election campaign talking about these issues. They have given no roadmap as to how Pakistan would approach such complex issues.

The previous government had no foreign minister for a long time which shows that they did not take foreign policy matters seriously. Pakistan’s security issues, and mistakes made in the past, demand a sound political approach this time.

Sensitivity of foreign policy relies more on a conduct than the objectives and here the role of the leadership comes into play. We almost know what Pakistan should do when it comes to the interests of the country but how those interests have to be addressed remains undecided often. It is again the leadership that needs to steer the country’s foreign dealings.

For example, Pakistan stands as the most affected country after the US in post-9/11 period and has contributed heavily in global War on Terror in money and blood. But still our narrative somehow struggles to find acceptance by the so-called free world. The leaders of mainstream political parties have seldom touched on the sacrifices and role of Pakistan in the War on Terror and also how they would present Pakistan’s case outside the world if elected to power.

We need to see debates like the one being practised in the US on core issues, both internal and external. Presenting their programmes face-to-face with televised coverage actually educates the voter on various issues. But this practice is altogether missing in Pakistan.

Though we do see candidates having one-on-one discussions on talk shows, that too is arranged by the news channels themselves. We have seen no surveys covering the responses of masses on serious foreign policy issues the country faces. In the US, surveys are conducted to gauge the people’s response to any particular foreign issue.

The political leaders in Pakistan seem preoccupied with internal issues, which in turn sends bad signals to the outside world about the nature and complexity of the challenges the country faces. It adds to the negative image of the country. The world is changing, and the democratic process has evolved over the years, yet we are still caught up with older, more traditional system of electioneering.

We need to understand that the political environment of a country depicts its foreign dealings in a globalised world where other states closely watch the election process. Political signalling on foreign fronts is necessary to set the right course of actions. 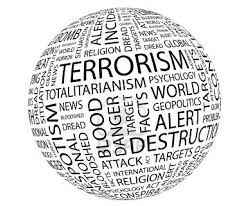 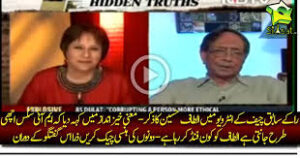