Mr. Didier Chaudet, Editing Director of CAPE (Center for the Analysis of Foreign Affairs) and Non-Resident Scholar associated with IPRI, visited Islamabad Policy Research Institute (IPRI) on May 02, 2017 for interaction with IPRI scholars and research staff.

While discussing situation in Afghanistan, Mr. Chaudet opined that Afghan people are amazing however, the system of their state does not allow them to criticize their government and its machinery. Mr. Chaudet categorized the Afghan people into two types i.e. a) elites, people who are making money in the presence of occupation and b) average people, who are getting just enough to stay out of the trouble. It was added that the economy of Afghanistan is now disconnected with the foreign aid that has been coming from the Americans and NATO as the focus of their attention has shifted.

In Afghanistan, the political entities, elites and media owners criticize the foreigners as problem, which narrows down the scope of reconciliation and gives space to conspiracy theories. Over the past few months, a coalition between Russia, China, Pakistan and Iran has been trying to work out peace in Afghanistan. If Russia wants the Government in Kabul to have dialogue with the Taliban, it does not mean that they support the Taliban but they are accepting the reality. The Taliban represent something that is not being liked by many living in an open minded world. Belonging to the conservative background and particular ideology, it can be understood that Taliban does not like being invaded or controlled from the outside. It was opined that Taliban kept the secret of Mullah Umar’s death in order to maintain a unified outlook. However, it must also be understood that the Taliban have evolved over the years as they are not the one, burning televisions but using social media accounts now. The Taliban’s quest to fight for their homeland was regarded as another unifying element. More so, there is a need to distinguish between the Taliban who are working against the occupation forces and those who are using drug dealers and traffickers in this war situation to achieve their business goals. It was said that dynamics of conflict could change, if a regional cooperation order is implemented in Afghanistan with the support of foreign powers.

Mr. Chaudet regarded the Afghan policy of the US as a mistake who now have been calling the efforts of Russia, China, Iran and Pakistan for Afghan peace as ‘bad’. The Pentagon has alleged Russia for arming the Taliban without giving any proof. It was opined that seeing the deteriorating situation in Middle East and Afghanistan, there are important lessons for major powers such as France, Britain and the United States to learn, who once supported the rebel groups. On the role of media and academia, it was said that journalists and academicians buy whatever is being floated by the media in the United States.

While discussing the European Perspective on Geo-politics in South Asia, it was said that there is a difference between the Europeans and the Americans perceptions which has been reinforced by the occurrence of Brexit in Europe and election of Donald Trump as the US President. Mr. Chaudet viewed the possibility of election of far-right in France and/or Germany as the End of Europe. It was said that in those circumstances, Europe can be rebuilt but the process will be time-consuming. It was viewed that the idea of inclusion of many Central and Eastern European states in the European Union, which is given by the pro-Europeans is not fundamentally and politically correct but it could turn to be right in the long term. It was said that only a unified Europe can have impact on the geo-politics of Asia and South Asia, in particular. However, the current situation such as the emergence of populists, Scottish Referendum, Europe-Russia relations, future of UK vis-à-vis Brexit has raised serious confusions in speculating the future of Europe. It was also mentioned that the EU’s current focus is on the issue of Brexit but the European states will continue to analyze the global issues side by side. However, the protection of the core interests of Europe itself, Middle East and Eurasia will remain to be a top priority.

For South Asia, there exists a desire in Europe to push for a dialogue between India and Pakistan. Contrary to the US, Europe is seen as reformist power which cannot tolerate a war going out of hand or any sort of economic depression. In Europe, there exists a concert of nations, where states can talk to each other in order to build consensus to maintain equilibrium. Various analysts in Europe consider the current outlook of China as similar to that of Germany before World War I. However, if observed keenly, China in today’s world is able to talk with various countries in different regions with the underlined goal of regional and global stability which is very much what Europe wants. Realistically, China wants this kind of stability for next 20-30 years in order to become a global power, entirely unbothered by the global circumstances. For Europe, China’s emergence as a global power will bring equilibrium in place which could grant greater powers to weaker global powers like Europe, pushing global powers for compromises on global level and shutting down opportunities for committing mistakes. It was said that Europeans do complain about the refugees’ crisis but then it must be understood that they are the people who had been suffering before and even now. If the crisis situation in Iraq, Syria and Afghanistan could have been avoided, there had been no such issues of displacement, continuous instability and chaos. Today, Afghanistan is an unresolved quagmire, Iraq is a weak state and Syria is also a consequence of this old Cold War game. So, from European perspective, China’s rise is not really an issue. And this rise might also be helpful for a dialogue between India and Pakistan. Being nuclear powers, issues between both countries are growing intensely. For instance, the European parliament is talking about Kashmir issue for last four years as it is an issue about which global powers must talk very directly. It was suggested that Pakistani diplomats, embassies and consulates must continue to use soft power and strategies. It was added that academicians have a role to play which is declining day by day as they do not really have the knowledge that what really interests the diplomats, foreign and defence ministries. Countries like Israel and Armenia are using best of their diplomatic tools at disposal to establish influence. People are interested in Kashmir issue in the EU Parliament because there is an EU-Kashmir Centre there active for some time now. It was said that India has been using an approach that involves money whereby, some of their private businessmen invest in establishing a university section abroad. The patterns of politics and security in South Asian region have largely remained to be India-centric. Similarly, various South Asian centres in foreign universities are propagating narratives that are highly India-centric, even in terms of history and culture. Pakistan had been able to secure some good points on Kashmir issue in the past but that momentum has now been lost as the work did not continue as such.

It was opined that if Pakistan wants to have influence in South Asia or even Middle East, then it must talk to all stakeholders, just like Russia, who is not only a good friend of Iran but Israel as well. The reality of geo-politics in South Asia suggests Pakistan to have friends everywhere.

It was further added that peace in South Asia can only be achieved by establishing equilibrium between Pakistan and India. There is a divide between Europeans and the Americans regarding peace and stability in various regions of the world.  The US is more about use of soft power and force projection and the Europeans believe in stability in the form of economic development. The wars have given nothing as it can be seen through the archives of history. The great power politics does not make sense to the Europeans not because they are naïve but they have their own history.

It was recommended that Pakistan should look forward to strengthen the Kashmir Youth Centre by engaging Diasporas. The facts are to be juxtaposed in front of the world. If India equates both Kashmir issue and Balochistan situation as similar, Pakistan must highlight and project the surrender of insurgents in Balochistan and public resentment against Indian atrocities on the Kashmiris to underline the difference. At the highest level of EU Parliament, it is always resisted to blame Pakistan for everything happening in the region primarily because there exists a realization that the solution of issues between Pakistan and India can only be possible if they talk to each other respectfully, for which, blaming one country alone for all the issues would be unjust.

Pakistan does not have any enemies in Europe but a stronger diplomacy is required by Pakistan to create deeper relationships in that region. It was added that Pakistan must start diplomatic, economic and security maneuvering in the European region. CPEC has brought Pakistan into a whole new light; many are now seeing Pakistan as an emerging economy, new economic power house and spine of Chinese New Silk Route which must be taken on further. It was said that prospects of cooperation between Europe and South Asia are bright. Also, the countries in Central and Western Europe want themselves to be a bridge for economic and commercial activities in Western Europe, which widens the scope of such cooperation. The interest for economic cooperation is there but for that, states must be engaged. Pakistan’s stance on Kashmir has not been listened on the global level due to the preoccupation of the major powers in fighting terrorism. Now, Pakistan should focus more on highlighting the Kashmir issue in Europe.

The signing of CPEC and hard stance on Yemen situation has worked for Pakistan in proving people wrong who had always thought of Pakistan, as Saudi Arabia’s ally. The promotion of soft power for Pakistan should not stop on South Asian affairs, but instead it must be extended across the regions on both East and West wards. In foreign policy maneuvering outside South Asia, Pakistan needs to establish equilibrium in its relations with countries such as Iran and Saudi Arabia to ensure its national interests.

Europeans do not see South and East Asia as their sole priority, unlike the US. Europe is more of a limited great power, struggling to establish its influence however, if given a global role; it will be received very positively. After Brexit, EU Commission, France and Germany must look forward to include some Western European countries like Spain and Italy in the European Union to ensure its strength and better future. 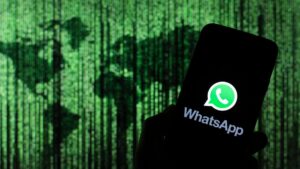 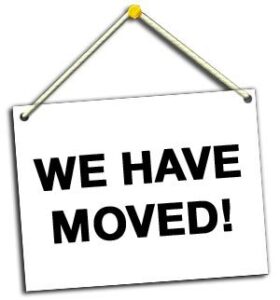 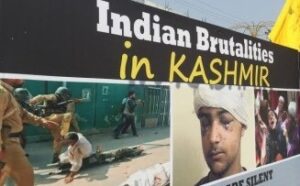 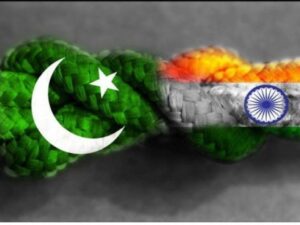