The current international environment is largely characterized by the influence of a number of factors of instability. Zones of conflicts in various parts of the globe continue to expand, forming a new range of challenges in the global economy and emerging threats of demographic and civilizational nature. An effective solution to these problems lies in the revision of the current system by improving the tools, both in the economy and in politics to meet the imperatives of twenty first Century. The global cooperation mechanisms need to be improved. Often the sight of this criticism is the United Nations, while we are talking about its failure to prevent a negative scenario, and there is no real ability to stop the violence in various parts of the world. However, the modernization of the international dialogue would require not only institutional platform but also overcoming key challenges of the modern world. Cooperative institutionalized frameworks based on inclusive approaches are required to replace selective/exclusive approaches based networks.

The traditional approaches of discriminatory nature have lost their utility in the globalised world. Modernization of these approaches and adoption of adequate new instruments is the need of time.

The conflicts of the last decade, as well as the ongoing turbulent processes in the global economy are forcing the leadership of all States to develop their own more acceptable solutions. But the greatest value are the projects that can be useful not only for a particular country or region, but also those that can offer effective solutions to the key problems of today’s processes. One of such initiative is uttered in 2011; the President of Kazakhstan, Nursultan Nazarbayev, the proposal to establish a global communication platform commonly known as Group-Global or G-Global. This communicative internet platform was later launched on January 12, 2012 by Eurasian Economic Club of Scientists Association (EESCA).  The EESCA was established in 2008 by leading research institutions of 12 countries with a mission to solve the economic problems and assist the world community in its economic and social progress. The focus of this project is to discuss and elaborate mechanisms to overcome the global financial crisis with a specific aim to expand the number of participants in search of anti-crisis solutions.  The unique formula is designed to consolidate the entire world community in the form of G-Global. It is not an example of the “big seven”, “eight”, and even “twenty” is intended to unite all countries, without exception, not dividing them into major and minor. The project “G-Global” is not an alternative to established groups of G8, G20. Basically it is an additional instrument of global dialogue.

It is expected that this project will give a new impetus to the search for global anti-crisis solutions and generate opportunities for the participation of any entities of the international community in an open dialogue. Kazakh leader invited all countries to concentrate all their efforts on developing a strategy for all rid the world from the threat of war as such and eliminating their causes.  Currently, communication platform “G-Global” – is a multifunctional online platform where world united minds to discuss global issues of world development.

For five years, it has brought together more than 30,000 experts from over 150 countries. The project is supported by 14 Nobel Prize winners – Robert Mundell, John Nash, Robert Kornberg and others. Also an active role in the development of the project is played by representatives of international organizations, business, science and education. Working platform for the “G-Global” was the Astana Economic Forum, held annually in the capital of Kazakhstan.  On a daily basis worldwide intellectual network is busy searching for a broad range of solutions to issues that affect the future of the world. As part of the platforms are constantly open platform for expert discussions on socio-political, financial-economic and humanitarian problems.

On the sidelines of the Astana Economic Forum Daniel Heller Director of the IMF has supported Kazakhstan’s proposal improving the world of open dialogue. He noted that the idea of ​​a transition from the narrow group of clubs to “G-Global” in tune with the fact that the Foundation promotes itself as a global development institution.

Currently receiving proposals from scientists and experts from different countries on the urgent need for the first forum “G-Global” in the period of the international exhibition “EXPO-2017”, which will be held in Astana in 2017.  It is believed that this conference will be able to gather on one platform leading politicians, experts and representatives of international organizations. Former Minister of Foreign Affairs, Lord Douglas Hurd, called the Kazakh leader’s initiative verified and quite realistic. He considers particularly relevant the idea of ​​the adoption of the World anti-crisis plan, which was discussed at the Astana Economic Forum, and agreed that terrorism, migration, and other negative phenomena – is a consequence of the economic crisis, poverty, illiteracy and unemployment. And only together can solve these problems.

As noted by international observers, voiced by President of Kazakhstan offers are the projection of the successful experience of the republic in the world. Kazakhstan actually reaffirms its commitment to a comprehensive concept of security, safety issues involving interdependence, human rights and sustainable development. In the face of crisis processes and geopolitical confrontations crisis ideas Kazakh leader acquire practical importance in the global community. This summer Kazakhstan was elected as a non-permanent UN Security Council member on 2017-2018 years. From the rostrum of the UN Security Council, the country plans to actively promote effective approaches in the field of global security and a stable environment for development, including those related to the principles of “G-Global”.

International experts believe that the initiator of “G-Global” project would definitely be able to bring fresh breath to the global dialogue and set a steady pace in the search for optimal responses to emerging challenges and threats. Kazakhstan, despite its still short history as an independent country, boasts a very solid experience in the formation of international security. Astana has repeatedly advocated a progressive initiatives, the prospects for which the international community could assess the sometimes not immediately. The five principles on which the project is based are important for peace and harmony in the world as it believes in evolution and the rejection of revolutionary change in policy; justice, equality and consensus; global tolerance and trust; global transparency; and constructive multi-polarity. 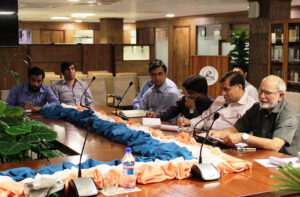