Howard Zinn once remarked, “There is no flag large enough to cover the shame of killing innocent people.” So, did the meetings of the United States (US) Secretary of State John Kerry with Egyptian and Arab League leaders bring anything tangible? If not, your visits Mr. Kerry were pointless. How about stopping the 4 billion US dollars aid to Israel Mr. Kerry? The US went to Egypt for Israel and the result was Sisi government did not give permission to Turkish Aeroplane to land in Egypt. Remember that there were medicines and the things of basic needs in Aeroplane for the help of Gaza. The people in Gaza elected Hamas and it is the people of Gaza that are suffering and paying the price for their right to vote any body. Hamas is asking for a 10 year truce and wants the siege of Gaza to be lifted. Is that really too much to ask for?

The US only talking to the Arab leaders gives an impression that Palestinians are at fault and not Israel. That’s why they don’t visit Israel to tell them to stop. Israel has indulged in state terrorism against the people of Gaza and abused the principle of self-defence enshrined in Chapter VII, Article 51 of the Unite Nations (UN) charter. The Gaza carnage continues and more than 2000 innocent civilians have been killed so far and no one knows how long this would continue. Its sheer carnage as even in wars civil life is not targeted but Israel has crossed all its limits and is set to determine new rules in international law. It’s a slap on international conscience by every means. Peace will only occur when Israel is exhausted from the fight. Cooler heads will prevail; but for a short time only. Then violence will erupt again. And again. And again.

The whole world is telling Israel (and Washington) to stop. The whole world is saying enough. Even Hasidic Jews, who marched by the thousands for Palestine, in New York, London and Paris, are telling Israel to cease and desist. Neyanyahu, rightly tagged as a madman by many analysts, doesn’t seem to listen to reason, doesn’t care about Palestine’s dead children. Some people have to be forced to act in a civilized manner. It is time for the UN to step in and end the slaughter, and force Israel’s terrorist regime to face justice at an international tribunal. Be it war crimes, crimes against humanity, violations of the Geneva Conventions, and blatant disregard of UN Resolutions, Israel is guilty of all of them.

It’s a massacre and neo-apartheid state of affairs. The apartheid regime of Israel and what it was consciously doing to the Palestinians was just like the apartheid of South Africa. The great Nelson Mandela once wrote: “Our freedom must remain incomplete until the Palestinians are free too.” Even Albert Einstein, one of the smartest men the world has ever known, and also Jewish, was scared to death that “the Zionists will do to the Palestinians what the Nazis did to the Jews.” How right he was, as even Israeli commentators admit that what is happening now is an “incremental genocide.” There is no moral equivalence between an occupier and one fighting occupation. There is no moral equivalence between the 4th largest military in the world and a group of ragtag rocket launchers, plus a few 13 year old boys with sticks and stones. There is no moral equivalence between people stealing your land and houses and those defending their families from that theft and violence. It must end NOW.

UN general assembly meeting is due in near future and there 57 Muslim countries should either boycott it or attend with single agenda of putting sanctions on Israel. When there comes the issue of Ukraine the Western countries come up with single voice then why can’t Muslim states get united. Petrol is still the greatest weapon that could be used by the Muslim states like they used in 1970s. The Organization of the Petroleum Exporting Countries (OPEC) may put oil embargoes on the states supporting Israel by any means. But [again] keeping in view the overall performance of the Organization of the Islamic Conference (OIC), I can only quote Martin Luther King Jr., who said, “The greatest sin of our time is not the destruction of the good around us by the few but the apathy of the vast majority who sit idly by as it happens.”

But again, of course to terrorize, intimidate, humiliate, frighten and demoralize, this is what Israel has specialized in doing for the last 50 years. The two parties are ridiculously uneven in power and armies, and because Israel acts with complete impunity. Syria faces sanctions for their crimes. So does Iran. So does Russia. So has Iraq. But not Israel. Israel is above the law and can violate the UN, the Geneva Convention, international law and even its (Israeli) very own civil and criminal laws, with absolute impunity. 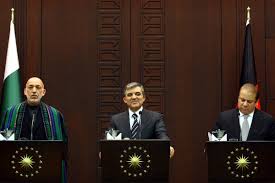 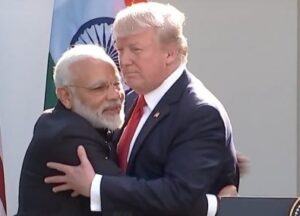 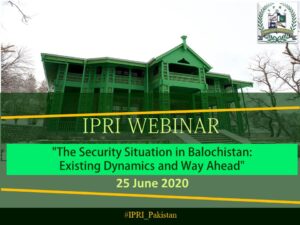