Since India’s Prime Minister Narendra Modi has come into power BJP’s discriminatory policies towards Indian Muslims have alarmed the international community. The BJP policies are based on RSS ideology of Hindutva or Hindu nationalism with an idea to form Akhand Bharat, or undivided Indian state which is true representative of Hindu culture and religion. The BJP’s extremist actions and discriminatory policies can be traced back to their first tenure in government when events such as 1998 nuclear explosion, violence against Christians, Gujarat carnage and strengthening of Indo-Israel ties are worth mentioning. Now during the second term in office, the BJP government has used anti-Pakistan and anti-Muslim sentiments as a tool to gain vote bank in the election campaign. 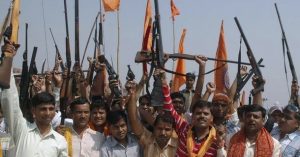 Similarly in order to counter Love Jihad myth the RSS and Vishwa Hindu Parishad (VHP) have launched Ghar Wapsi and Bahu Lao Beti Bachao campaigns all across India. The extremist organizations are promoting saffronization of India by brain washing youth mindsets such as making compulsory education of Geeta, Maha Bharat and Hindu literature for Muslims in educational institutes. The government has put ban on cow slaughter and beef in Maharashtra, killing many Muslims in the name of religion and false allegations of eating beef. In July this year, Yakub Memon, a Muslim accountant convicted of helping 1993 bombings was hanged while other non-Muslims involved were given clemency.
Despite projection of Indian Media being liberal, the Indian film PK and many Pakistani movies/ actors have been banned. BJP has demanded abolition of Muslim voting rights and their political representation. Hence, when the Vice President of India Hamid Ansari called the government to take “affirmative action” to address the problems faced by India Muslims Indian constitution that allows special reservation quota in government jobs, education institution etc., he was asked to resign or give a formal apology for his “unfortunate statement.” The attack on seventy year old Christian Pope in Bengal, banning of Christian missionaries and giving Indian nationality to all non-Muslim Bengalis, demand for abrogation of article 370 from the constitution and fuelling Hindu-Muslim riots in Kashmir etc. are the brutal actions intended to stimulate communal violence and religious extremism in Indian society.
Under BJP administration, Muslims and other religious minorities are threatened as RSS and Dharm Jagran Samiti (DSJ) has a plan of ethnic cleansing of all Muslims and non-Muslims before 2021 census. There are sudden murders and violent attacks on Muslims, low caste Hindus and Christians to physically eliminate them from the Indian soil while Hindus are asked to increase their birth rates to protect Hindu religion and Hindu identity of India. The Sacher Committee Report (2006) has highlighted the plight of the Indian Muslims that on social economic indicators they ranked lower than the scheduled castes and tribes. In this context, the Kundu Report (2014) commissioned to evaluate implementation of recommendations of Sacher Report concluded that nothing has been done for the rights of poor Muslims so far.
The growing Hindu extremism has deteriorated India’s ties with its neighbouring countries as well. After establishing a pro-Indian government in Sri-Lanka, India is pressuring Maldives for its larger hegemonic influence in the region. Recent economic blockade with Nepal just because Nepal declared its constitution secular against BJP demand of a Hindu constitution is a clear reflection of narrow mindedness of Indian government. Similarly, the relations between Pakistan and India have strained further under BJP government with the harsh and punitive statements by Indian side such as Indian Army chief’s warning of limited war in the back drop of LOC violations and threat of attack to Pakistan after 9th June attack on Myanmar and Modi shamelessly admitting India’s pivotal role in separation of Bangladesh during his visit to Dhaka in June 2015.
At the same time, India has increased Line of Control/ Working Boundary violations along Kashmir and Pakistan-India border and now it is covertly supporting non-state actors through its Indian consulates in Afghanistan to create instability in Pakistan’s tribal areas and Balochistan. India has shown open criticism to Pakistan-China Economic Corridor (CPEC). Such BJP extremist and rigid policies have adversely affected the Operation Zarb-e-Azb and the efforts of Pakistan Army to completely eliminate militants and their networks from the region. Many militants that have escaped and taken refuge in Afghanistan are being provided financial/ logistic support by the RSS. Unfortunately, the terrorism has increased to manifolds due to growing Hindu nationalism in the region.

Hence, it is the dire need of the hour that international community take concrete measures to control BJP extremist actions and discriminatory policies. The UN along with other major powers such as US, Russia, Japan, China etc. should pressurize India to protect rights of minorities and of Indian Muslims. The RSS and other extremist elements must be checked and controlled to reduce communal riots and human rights violations. In short, Modi must review its hardlined and hawkish policies and work to create a balanced, peaceful and co-existent environment at home and abroad. A non-discriminatory, conciliatory and tolerant approach must be adopted towards all factions of Indian society. 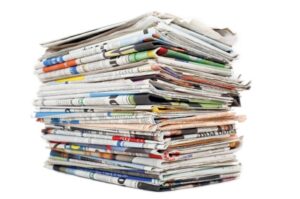 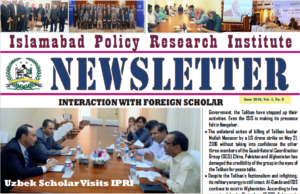