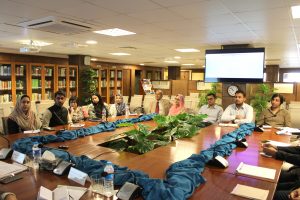 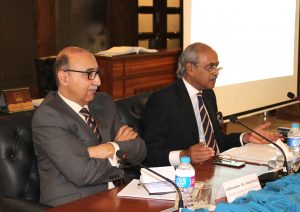 (1)        Pakistan’s Vision East Asia policy aims at strengthening trade/investment ties with ASEAN region. Over the years, Pakistan has attained SDP status with ASEAN (the SDP status does not entitle to participate in all important East Asia Summits).

(2)        Pakistan has Free Trade Agreement (FTA) with Malaysia and Mutual Recognition Agreement with Indonesia. Pakistan also offers scholarships in education to students of ASEAN countries, in addition, under the ASEAN-Pakistan Cooperation Fund (APCF) workshops/training courses are organized. However, to win over the support of ASEAN members for FDP status, Pakistan needs to engage the regional countries politically as well as economically. People-to-people contacts also need to be encouraged.

(3)        ASEAN-Pakistan merchandise trade currently stands at US$ 6.181 billion; Pakistan’s exports to ASEAN are US $ 0.993 billion and imports from ASEAN  are US $ 6.181 billion. Pakistan so far has not been able to secure FDP status with ASEAN, the prime opponent is Singapore.

(4)        Former Prime Minister, Shaukat Aziz visited Malaysia, Brunei, Thailand and Singapore in May 2005. Since then there has been no high level exchange from Pakistan’s side.

(5)        Economic empowerment and development of human resource should be a priority of the government.

(6)        The Heads of Missions in ASEAN states should have meetings on a regular basis.

(8)        Students, professionals and artistes should be sent to this region to enhance people-to-people contacts. The Buddhist sites in Pakistan can be a source of attraction for the East Asian countries.

(9)        Economic cooperation and efforts to sign FTA with Singapore, Indonesia, Thailand, Vietnam, Brunei, Philippines should be pursued. With enhanced economic ties, Pakistan can mould the ASEAN opinion in its favour and win over the support for FDP status.

(10)      Pakistani diaspora living in ASEAN countries and local entrepreneurs need to be mobilized to attract investments for Pakistan.

(1)        India’s “Look East Policy”, initiated in 1991 focused on cultivating economic interaction with the ASEAN states. The policy has been pursued by successive Indian governments. India has FDP status with ASEAN, is member of ASEAN Regional Forum (ARF), and regularly participates in ASEAN Summits.

(5)        Indian influence in ASEAN region, other than economic gains is aimed at downplaying China’s influence.

(6)        The India-ASEAN Summit on the theme “Shared Values, Common Destiny” was held in New Delhi, in 2017. The Summit marked the 25 years of India-ASEAN cooperation.

3.         Conclusion.     Southeast Asia’s strategic significance coupled with the region’s economic progress makes the region an attractive site for global players. Pakistan, being well aware of the region’s economic prowess launched the ‘Vision East Asia’ policy to establish trade links with East Asian economic heavy weights. Over the years, Pakistan’s Vision East Asia policy has not made concrete gains. The lack of political will along with a weak economic profile make Pakistan a less important political player. In order to exploit the economic potential of ASEAN, Pakistan needs to revisit it’s policy, look towards the region with vigour and through intensive diplomatic activity, build deeper political and economic ties. IPRI Webinar on “The Question of Kashmir in International Law”